By now we have already seen multiple films that delve deeper into the lives of both Indians living overseas and NRIs. Going by what we have seen till now, not all the stories based on NRIs have been narrated well, shot convincingly and worth the time. However, UnIndian manages to evoke a few chuckles, but not without ludicrously reveling in clichés, and absurd tropes. Based in the Indian diaspora of Sydney, the film revolves around the lives of Will (Brett Lee) and Meera (Tannishta Chatterjee) who live, laugh and love in the most formulaic way one could ever imagine. While Will coaches students to learn ‘Aussie English’ at a university to help them adjust to the Australian culture, Meera, who has had a failed marriage, is a single parent and works as marketing Manager at Cochlear - an ear implant manufacturer.

Whether the director Anupam Sharma likes to call it a fetish or a rule to adhere to, the truth is that he used numerous clichés to make UnIndian a predictable film. Contrary to the real life situation wherein most of us spend our entire lives getting the right person, in films finding the perfect match is just so easy. And what’s unbelievable is how the very first meeting, which is never planned, creates sparks, makes the boy fall for the girl (Will is smitten by Meera right from the first moment they meet) and have sleepless nights. So what kicks off as an unintentional meeting of Will and Meera at a grand Holi celebration party, soon develops into one-sided affection, which further blossoms into a typical love story. In a few minutes, we see clippings of Meera making moves in a shiffon sari – as visualized by Will himself. And just when we thought the director would introduce something more interesting, we realize how important it is for the ‘couple in love’ to be too dumb to plan anything for themselves. They can’t do without friends and acquaintances acting as saviours of the moment.

This typical ‘firang-desi’ love story isn’t new to Indian viewers. While, we agree the newness comes in with the film’s context being Australian, but honestly, majority of the cross-over projects have cashed in on the similar aspects. Just as both Tannistha and Brett are absolutely different – in terms of cultures, countries, they are also dissimilar in the way they act.

Agreed, most of us have appreciated Brett for being the fastest bowler in the world of cricket, we aren’t sure if that’s also how we would remember him as an actor. Frankly, he couldn’t bowl us over with his acting skills. Does that mean Brett is less entertaining? No. Even though he doesn’t make an effort to act, emote, love and dance, he still leaves us with a big smile. That’s because he is just being himself and feeling comfortable while doing it. Isn’t that simply awesome? 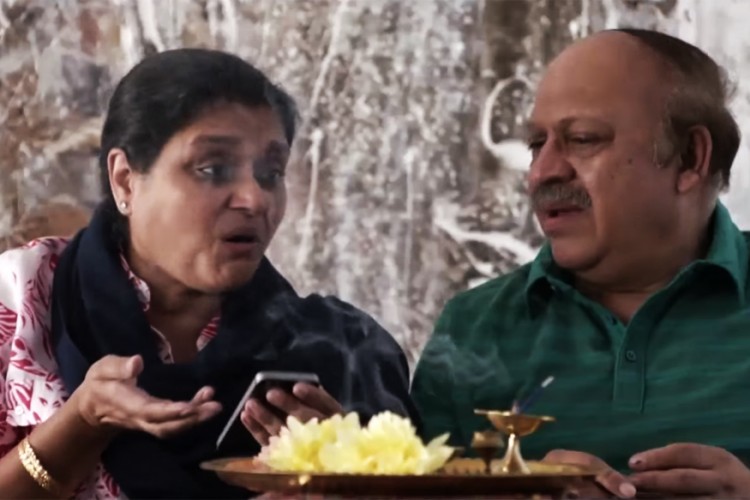 The ensemble cast brings in a spirited performance. Supriya Pathak is her brillant self. As an orthodox Indian mother, she makes desperate attempts to help her daughter remarry, and believes an Indian swami can solve the issue of homosexuality too. Gulshan Grover, who plays Meera’s gay husband, doesn’t have much to do. It is embarrassing to see him wear a pink shirt to send out the message – loud and clear. Akash Khurana is decent. Again, not his fault. There isn’t much for him to do in the film. Kid Maya Sathi in her role as Smita is delightful. Thankfully, some humour is infused in the story with Will saying ‘Maine kuccha nahin pehena’ to enter a packed auditorium. Interestingly, the second time, he says it is when he meets Meera's parents for the first time, and the dialogue though uncalled-for, will leave you in splits.

Writer Thusha Sathi should have paid more attention to the plot. Apart from clashes of culture UnIndian doesn’t have much going on. If you think of it, after spending over 90 minutes, all you’d remember of the film is a clichéd cross-over film.

Watch it if you are a true blue Brett Lee fan.