Yogi Adityanath reached Mumbai on Tuesday evening and met Bollywood actor Akshay Kumar. He is scheduled to meet many industrialists and film personalities on his tour.

The Uttar Pradesh Chief Minister Yogi Adityanath met Bollywood superstar Akshay Kumar on the first day of his Mumbai visit. He is expected to meet many other Bollywood celebrities and industrialists in order to give shape to the hi-tech film city being developed in Uttar Pradesh's Noida.

The Chief Minister has already held several meetings regarding the infotainment city to be built on 1000 acres in Sector 21 of Yamuna Authority of Noida. In a meeting held in Lucknow on September 22, 2020, he had sought suggestions from representatives of the film industry for Film City, on which the giants of the film industry had provided their suggestions to the Yamuna Authority. He will meet the celebrities of Bollywood on December 3 for about four hours from 10.30 am to 2.30 am. During this, the CM will also meet Uttar Pradesh Film Development Council Chairman Raju Srivastava, Gorakhpur MP and actor Ravi Kishan along with Dinesh Yadav ‘Nirhua’, Bollywood actors Randeep Hooda, Arjun Rampal and Satish Kaushik. 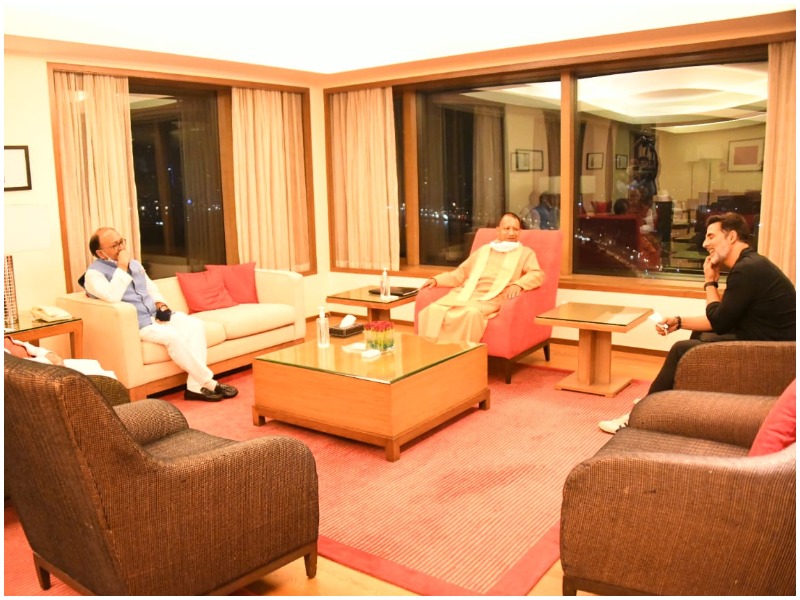 Preparations are being made for film city production in UP and for this, all facilities are also being provided by the government on film production. More than 38 films have been subsidised in the last three years in the state. In the Yogi government, a grant of nearly Rs 21 crore has been given to 38 films since 2017. Popular films like 'Red' and 'Article 15' have also received subsidies from the UP government, while the script of 22 films has recently been approved by the UP Film Bandhu Committee on behalf of the UP government.