Uunchai Review: Amitabh, Anupam, Boman and Danny Win You Over With Their Moving Performances

Planning on watching Uunchai? Check out our review first. 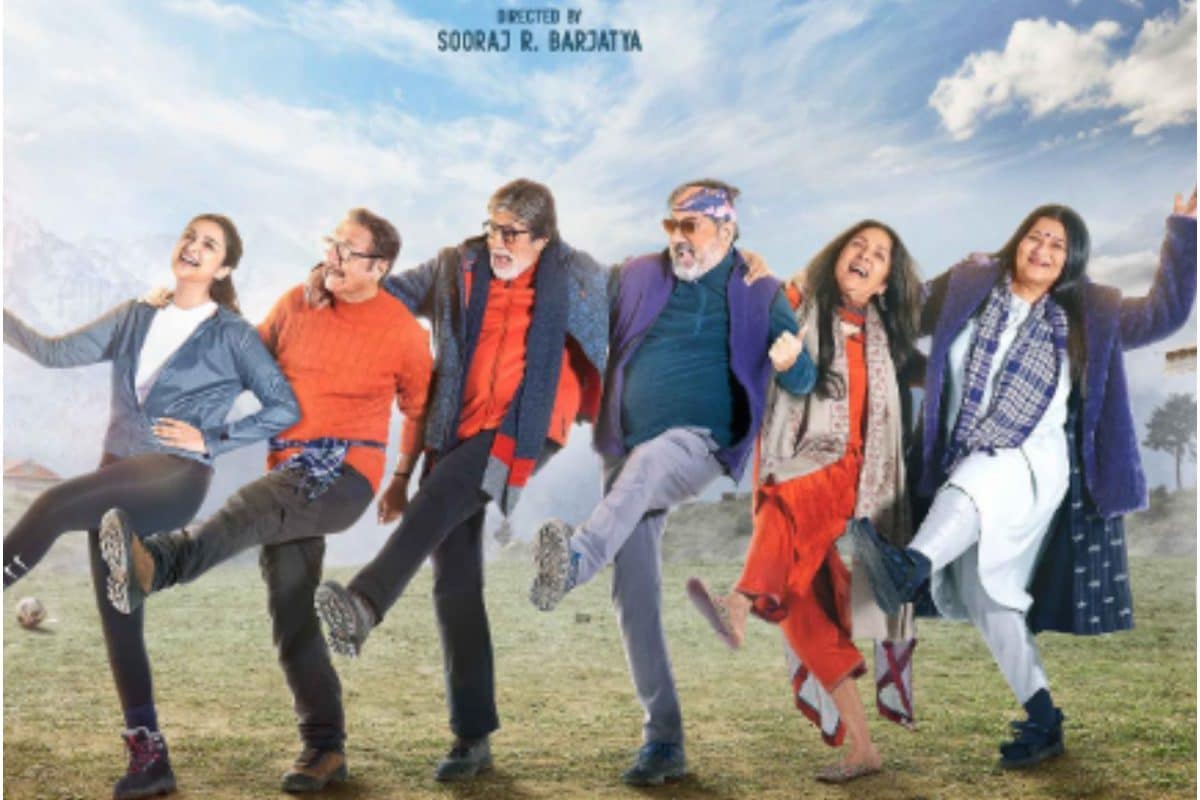 ​Uunchai movie review: The beauty of the film is that none of its pitfalls eventually matter. The movie wins you over with its innocence and simplicity.

Hindi cinema is obsessed with youth, and older characters are usually relegated to the background. We don’t see wrinkles and failing bodies often enough. Rarely have we seen Hindi cinema doing justice to veteran actors. It’s only in the past few years and especially after the OTT boom, many senior actors are back in the spotlight and are proving the fact that age and medium are no bar for talent. Occasionally a film like Uunchai will come along to remind us that there’s more to old people than just wrinkles and dentures.

In Uunchai, filmmaker Sooraj Barjatya brings a story about friendship, and hope and gives us a deep and heartfelt message on why we should live life by seizing the moment and following our hearts.

This film is literally all in its writing. This isn’t to suggest that the performers on screen, Sarika, Neena Gupta, Amitabh Bachchan, Anupam Kher, Boman Irani and Danny Denzongpa (in a cameo) and Parineeti Chopra don’t match up to the material. Oh, all of them do. They collectively shine, without a doubt.

Uunchai is the story of four friends, Amit (Amitabh Bachchan), Javed (Boman Irani), Bhupen (Danny Denzongpa), and Om (Anupam Kher). After Bhupen’s death, the other three decide to complete a trek to Mt Everest base camp, a treacherous climb as that’s the last wish of their late friend. Boys will be boys and this film catches that note beautifully.

You can be in your sixties, but a few minutes with your childhood friends takes you right back to being a teenager, playing the same old pranks. You have to love the natural way in which Bachchan’s character tries to convince Neena Gupta (Shabbo) to allow her husband (played by Irani) on a road trip to Kathmandu. The adventure even gets a bit complicated when Mala (Sarika) enters the equation.

During the journey, their outer shells are peeled off and their true lives are revealed to one another. Emerging stronger from the experience, they are prepared to live their lives moment by moment, taking pleasure in what they have rather than bothering over what they don’t.

Barjatya tries to keep the film breezy, yet high on emotions. The screenplay, by Abhishek Dixit, feels patchy at times. The conversations are laced with real humour as the dialogues are gentle. They won’t make you ROFL, instead bringing a smile to your face. Despite some unconvincing moments in the plot, Uunchai keeps the viewers involved all the way to the climax. The tempo drops considerably in the second half, especially Bachchan’s subplot which seems a bit forced and also increases the run time. At 2 hours and 49 minutes, the film could have easily been trimmed by at least 20 minutes. Admittedly, there are moments where the film does get preachy and you find yourself shifting in your seats, but the seasoned filmmaker ensures that the story doesn’t lose its charm.

What makes Uunchai that much more enjoyable are the performances. Amitabh Bachchan’s infectious energy sets the pitch. He is great in the quieter moments, and his chemistry with his co-stars is endearing. Anupam Kher delivers a measured, affecting performance, while Boman Irani brings an effortless, comfortable energy to his character. His timing, be it emotional or comic scenes, is impeccable. Neena Gupta compliments Irani’s light disposition and serenity with a measured delivery that highlights her poise and accessibility.

Danny Denzongpa is charming in his cameo and you will fall in love with his affable smile. Sarika, who returns to the big screen after a long hiatus, is a delight to watch. Parineeti Chopra holds her fort amongst the seasoned actors and does her job well.

The beauty of the film is that none of its pitfalls eventually matter. The movie wins you over with its innocence and simplicity. It is the effortless performances, coupled with their intoxicating screen presence that makes this movie worth watching.

Uunchai is uneven but heartfelt. Despite its flaws, the emotions connect. Getting to see some of the finest talents in Indian cinema together is enough to pull anyone to the theatre. And if you are game for a family drama with a message, Uunchai is a film for you. It has its heart in the right place, if not many other things.​