Taking some time off her busy schedule, Vidya Balan is currently holidaying in Bali. See all the photos from her beach vacation here.

Vidya Balan is currently holidaying in Bali and how!

The 40-year-old has been sharing images of her latest vacation on Instagram. Sporting a maroon beach dress and oversized sunglasses, Balan looks like she is having a ball of a time in the beach country, without a care in the world.

Sharing images of herself playing with the waves, Balan wrote, “Joy...

Take a look at Balan’s other photos here: 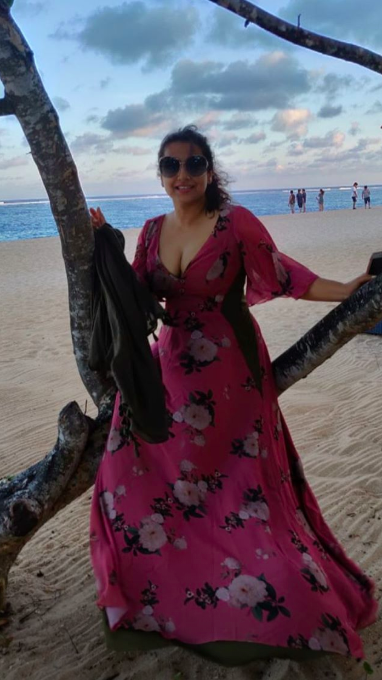 Sinha commented, "Why didn't you take me with you?" Chopra wrote "Stunner" and Kapoor called her "Gorgeous." Hydari, meanwhile, responded with several fire emojis.

Recently, Balan addressed the issue of body shaming through a video and called out people for passing derogatory remarks on others' body type, as part of the promotions of her forthcoming radio show Dhun Badal Ke Toh Dekho.

Meanwhile, on the film front, Balan will next be seen in Mission Mangal alongside Akshay Kumar, Sonakshi Sinha, Taapsee Pannu and Kirti Kulhari. She has also been roped in to play math genius Shakuntala Devi in a yet untitled film, which is slated to be directed by Anu Menon and is expected to release in the summer of 2020.