Vishal Bhardwaj helms Mumbai Dragon, a chapter in the anthology Modern Love Mumbai. The filmmaker speaks about the short tale, filming in Mumbai and more.

It might be Modern Love Mumbai for everyone but if it were in the power of Vishal Bhardwaj, the title of the anthology series might have been something else. The filmmaker joins fellow directors Hansal Mehta, Shonali Bose, Dhruv Sehgal, Alankrita Shrivastava and Nupur Asthana to tell different tales of ‘modern’ love. In Bharadwaj’s tale, titled Mumbai Dragon, the director narrates the tale of a mother who doesn’t seem to approve of her son’s girlfriend.

Bhardwaj has roped in Meiyang Chang to play the role of the son while Yeo Yann Yann essays the role of the mom. Wamiqa Gabbi plays the role of the girlfriend and Naseeruddin Shah plays a crucial supporting role. While fans will have to wait to see Bharadwaj’s take on ‘modern love’, we asked the director what is his definition of it. 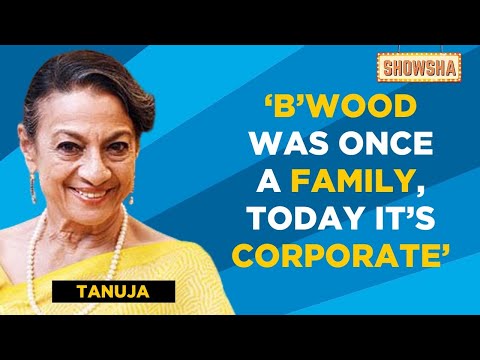 Modern Love Mumbai is the filmmaker’s second big-scale project that is set against the backdrop of Mumbai. The first was Kaminey, starring Shahid Kapoor and Priyanka Chopra. When News18.com asked him the reason behind setting most of his stories outside the city, the director said Mumbai has been ‘over-exploited.’

“There should be a reason to shoot a movie in Bombay because Bombay is over-exploited — Bombay ki language, Bombay ki saari jagah, Ganpati celebrations, gangsters (concept), wo sab bahut zyada hai (the language of Mumbai, the places, the celebrations, the concept of gangsters are already out there). Now, since Modern Love was set up in Mumbai, so I had to think of Bombay only. This community is in Mumbai. Acha hai mil gayi mujhe ye community warna Kolkata ka Modern Love karna padta. Waha pe bahut badi community hai (Good that I found the community here otherwise I would have had to do Modern Love Kolkata because there’s a big community there),” he said, referring to the Chinese immigrants.

Not only is he trying a different lens for Mumbai with the story, but Bharadwaj is also trying a new medium as well — OTT. The director was set to make his digital debut with Netflix’s Khufiya this year but Modern Love Mumbai landed before it. This is also his second short film format attempt. He had previously done a short film titled Blood Brothers with Mira Nair.

With the advent of OTT, he agrees that there are a number of choices available for audiences. But Bharadwaj also points out that there are pros and cons to this subject. While the pro is that people now have the freedom to move on from a movie or series if they don’t like it and no one questions, the con is that there is a pressure to have the audience hooked from the word go.

“When I would sit in a theatre during a screening and if I would leave the film midway, I would get a call from the film’s crew within 10 minutes asking, ‘Is the movie that bad that you decided to leave?’ I’ve experienced this twice. So ye itna acha hai ke aapko nahi pasand aa raha toh aap nikal jao usme se (So this is good that you have the option to exit a movie/show if you don’t like it),” he said.

“There is another pressure to this. As a creator, you are expected to grab the audience’s attention within the initial two to three minutes. Another issue that I have with the platform is that when you sit down to read the credits, the streaming platform immediately redirects you to another title even before you are done reading the credits. That is a disrespectful way of the platform to the creators and unit behind it. Wo option hona hi nahi chahiye ke aap physically jaa ke dekhe (there shouldn’t be an option to physically see the credits). But that’s again a commercial thing so everything has its pros and cons in this format,” Bhardwaj explained.

Nevertheless, he deemed the advent of OTT as a great period for creators and talents. “When we were struggling, we had only two mediums — it was either the cinemas or Doordarshan. Then the advent of private channels opened a little scope for work but today, there are so many choices and no one is free today,” he concluded.