Aly Goni and Jasmin Bhasin are currently in Goa and pictures, videos from their trip are being circulated on social media. Several fan pages have shared a sneak peek from their vacation.

Daily soap Dil Se Dil Tak fame Jasmin Bhasin is celebrating her 30th birthday today. In order to make the day special for his ladylove, Aly Goni along with his sister Ilham and her family brought in Jasmin’s birthday last night with a bang. They are currently in Goa and pictures, videos from their trip are being circulated on social media. Several fan pages have shared a sneak peek from their vacation. Jasly fans are in awe to see the love brewing between the two. 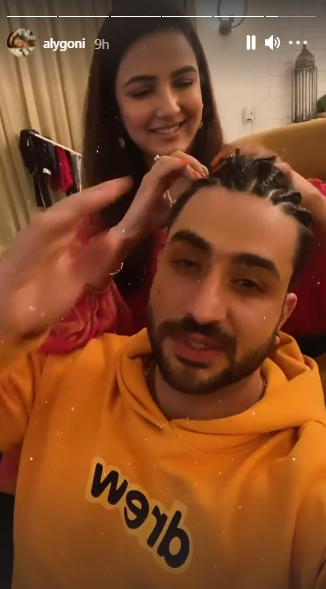 RELATED NEWS
One of the videos shared by a fan page features Aly singing a romantic song for Jasmin and it will melt your heart. He was seen crooning the popular song Tujhe Kitna Chahne Lage Humon her birthday eve.

Another video of Aly singing Kya Hua Tera Vaadais quite amusing and it left Jasmin in splits of laughter. He also sang the lovable song Tumko Dekha To Yeh Khayal Aaya. Here, take a look -

Both were a part of the 14th season of the reality show Bigg Boss. And ever since they stepped out from the BB house, the couple has been spending quality time together. Jasmin also visited Aly’s parents in Jammu and spent good 2 months there. She also celebrated Eid with Aly and his family in Jammu. The two knew each other pretty well as they had participated together in the stunt-based reality show Khatron Ke Khiladi 10. Rumours of their affair were on, but they always claimed to be really good friends. But during their stint in Bigg Boss 14, the two came close and professed their feelings for each other on national television.

The news left the social media buzzing and the hashtag Jasly was invented by their fans. Aly joined the show midway to support Jasmin in her journey. But it turned out that Aly managed to stay in the house till the finale while Jasmin got voted out.