Despite a charming Will Smith as Genie, Aladdin’s crowning achievement is the way it quashes gender roles and builds a new narrative for the younger generation.

When was the last time you watched or read a fairytale in which a woman—even if she were a princess—ended up on the throne? Or believed that she could? In Disney’s latest live-action film Aladdin, Jasmine does. And that’s what makes the film so special.

At a time when most major democracies around the world are being ruled by fascist male rulers, it is important that young girls and boys get to see stories of female ambition, fire, desire and success, for the reality today provides little scope or, for that matter, hope.

As Tyrion Lannister fittingly said before pitching Bran Stark as the king in Game of Thrones finale, it is indeed stories and not gold or armies or flags, that unite people. “There's nothing in the world more powerful than a good story. Nothing can stop it. No enemy can defeat it,” he said. And he is right. Which is exactly why we need more stories like Aladdin to be told by production giants as big and influential as Disney, because the message needs to be spread far and wide—that women can and that they must, that leadership or ambition or strength or talent or perseverance have nothing to do with a person’s gender. Jasmine and her story serve as a worthy example.

The only child of an old king, her father is looking for a suitable match for her because his kingdom needs a new ruler. But more than marriage, Jasmine’s heart is in Agrabah’s lively bazaars, its many winding lanes, rich folklore, its people and their wellbeing.

She is feisty, intelligent, well-read and willing, but since she’s not a man, she’s not eligible to ascend the throne she so deserves. However, she is gritty, and hence never lets the diktats decide her fate. Not once, even when she is at her lowest.

Another wonderful aspect of Aladdin is how it effortlessly junks the toxic conditioning that women can’t have it all, that they must choose between nurturing either a career or a family. The Guy Ritchie directorial cinematically shows what a lot of us have known all along—that we can have them both (and everything else), much like men, who’ve enjoyed the privilege since time immemorial without even having to yearn for it.

There are several other things going for Disney’s latest live-action adaptation. Instead of being an embarrassing remake of a timeless classic that a lot of us expected it to be, it, in fact, is an important film in how it features a Middle-Eastern Asian actor in the titular role. It arguably is the first major Hollywood project to do it, thus putting on map a region and people massively under-represented until now. Moreover, in making a princess choose a commoner for a husband, it also transcends class divide.

However, despite a charming Will Smith as Genie and all the other things that it gets right, Aladdin’s crowning achievement still is the way it quashes gender roles and builds a new narrative for the younger generation. It’s 2019 and Disney is catching up, one film at a time, trying to undo the stereotypes that it helped forge in the first place. It’s time for us to look within and course-correct too.

If we want today’s children to grow up not knowing the biases that we have lived and suffered, we need more stories like Aladdin. We need more Jasmines. Not just on screen but off it too. Until America gets its first female president and India another female prime minister, until equal pay for equal work is a reality and abortion every woman's right, until women can walk fearlessly on Delhi roads and men respect consent, stories are our only hope. For good stories are invincible. ​​ 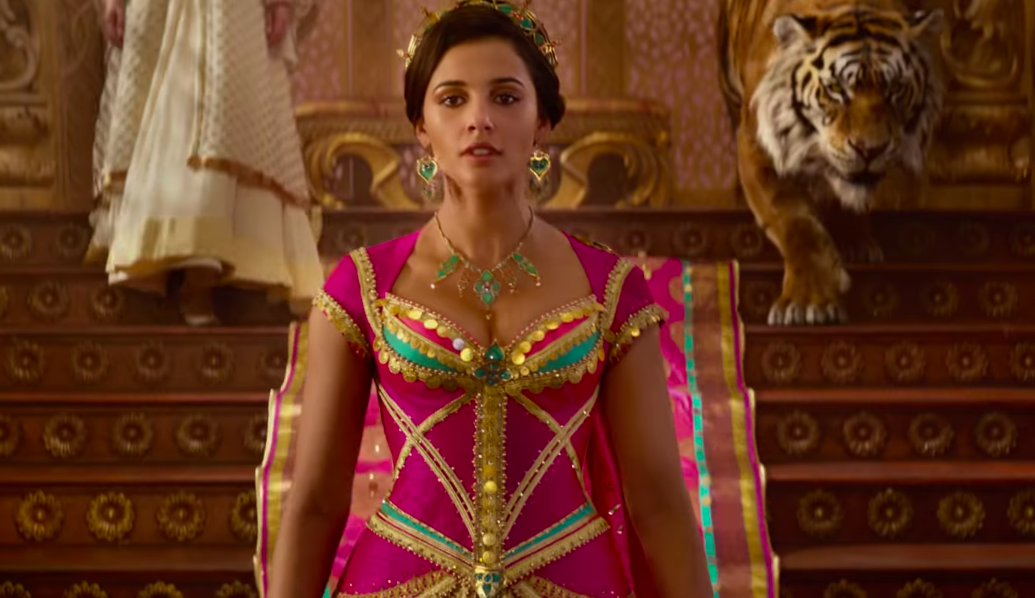 Read: AndhaDhun Proves Again that Tabu is Indeed the Reigning Queen of Grey