News18 dives deeper into as to why LGBTQ representation in Hindi cinema is still a rarity and despite a stellar cast, why the considerably discussed recent LGBTQ offering 'ELKDTAL' failed to generate significant revenue.

Shrishti Negi
Sonam Kapoor’s latest release Ek Ladki Ko Dekha Toh Aisa Laga collected over Rs 23 crore domestically in 14 days of its release. That’s not so thrilling as far as Kapoor’s last five releases go. But it is indeed a moment of significant pride for an Indian mainstream film featuring a lead lesbian character to achieve this feat.

Ek Ladki Ko Dekha Toh Aisa Laga has broken ground in Bollywood in the earnest way. This is a film that highlights sexuality and gender identity, and is unapologetic about it. It has become the first-ever Hindi film with primary lesbian character to hit that mark at the box office. It’s also only the third Hindi film-- featuring an LGBTQ lead-- to do so after Padmaavat, which became the mega-blockbuster of 2018 with a total of Rs 282 crore and Kapoor & Sons, which was one of the highest grossing movies of 2016 with a lifetime collection of Rs 143.28 crore.

While Fawad Khan’s portrayal of a closeted homosexual in Kapoor & Sons is one of the most normalising depictions of a gay character in the mainstream cinema, Ranveer Singh’s bisexual romance with Jim Sarbh in Padmaavat is groundbreaking. Both the films are critically successful as well, and so is Ek Ladki Ko Dekha Toh Aisa Laga. But there’s still a way to go for LGBTQ films in the Hindi cinema when it comes to their representation as well as box office validation. 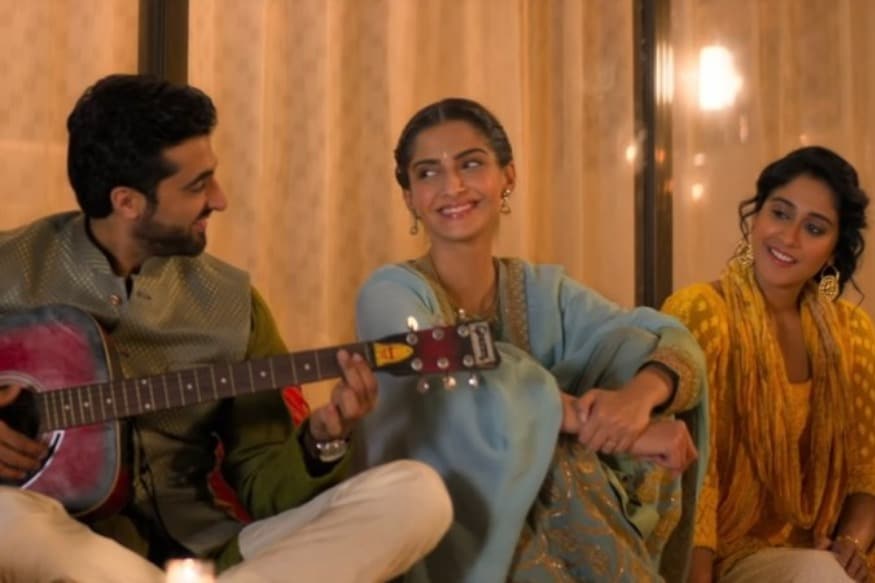 “The cinema that we consume speaks a lot about the character of the nation. By that logic, I’d say that we’re quite characterless. I’m saying this with the fact that we have Rohit Shetty films, homophobic content films and Madhur Bhandarkar films who always show gay people in bad light. So, I simply feel that this doesn’t say much about the film, it says much about us,” said LGBTQ rights activist Harish Iyer, who believes Bollywood needs many films like Ek Ladki Ko Dekha Toh Aisa Laga which eventually will change the mentality of people.

“We had 'Dostana' (2008) which was the top grosser as well. But in that movie, they (Abhishek Bachchan and John Abraham) were pretending to be gay. Because it was laced with humour and wasn’t so serious, people were able to digest it. There’s a critic against 'Dostana' that probably it made fun of gay people. In my opinion, it just depicted reality and it was a comic film. But say a 'Bol Bachchan' or a 'Student of the Year', definitely made fun of gay people. So, I think it totally depends on just like beauty lies in the eyes of the beholder, beauty of cinema lies in the eyes of the viewer,” added Iyer.

Ek Ladki Ko Dekha Toh Aisa Laga opened to a slow start despite getting positive reviews from most critics. Something similar to what happened with Hansal Mehta’s Aligarh (2016), a film based on the true story of the suspension of late Professor Ramchandra Siras from Aligarh Muslim University on the grounds that he was gay. Even though it received excellent reviews and overwhelming global critical acclaim, the film only managed to collect Rs 12 crore in its lifetime. 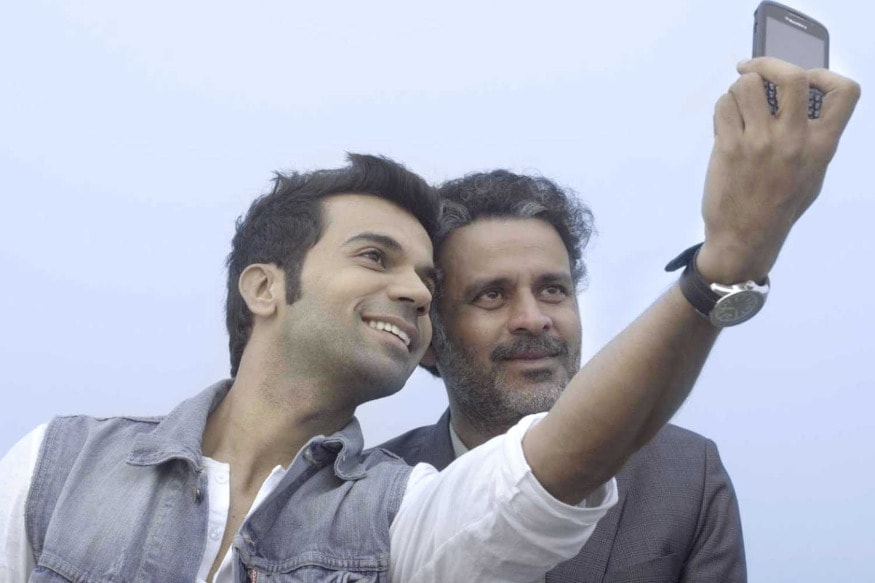 Rajkummar Rao and Manoj Bajpayee in a still from Aligarh.

“I think it has less to do with LGBT content and more to do with the entertainment value that the masses seek. 'Aligarh' was a serious film, like our film 'Shahid' was, and neither were box office hits. But since both were made at modest budgets, they were not losing propositions. What 'Aligarh' gained though, was of immense value. It became a film by the community and for the community, and every single day gay men and women are writing to me about how it helped them come out to their folks. It was a film that is celebrated for breaking Bollywood's LGBTQ stereotypes,” noted Apurva Asrani, the writer of Aligarh, who celebrated the Supreme Court’s verdict on decriminalising the consensual same-sex relationships by posting a gorgeous picture of himself with his partner Siddhant Pillai on social media.

2018 will be remembered as a landmark year for India’s LGBTQ community, which had been living in fear of homophobic abuse for years. Its activists fought for more than two decades to scrap Section 377 of the IPC, a provision that introduced in 1864 during the colonial era. Yet the group’s representation remains a rarity on screen in Hindi cinema, which is one of the most watched cinemas in the country. In the last 10 years, only 15 out of over 2000 Hindi movies (which had theatrical releases) explored LGBTQ relationships, which is not even one percent of the total of last 10-year releases.

And, barring Kapoor & Sons, Padmaavat and Ek Ladki Ko Dekha Toh Aisa Laga, no single film was able to attract enough cinegoers, presumably because of the absence of big names from them.

“'Kapoor & Sons' was a more entertaining film, its gay character was played by a dishy Fawad khan, but it also had a heterosexual protagonist in Sidharth Malhotra and a traditional straight love story at its core. Packaged for the mainstream, it made money,” pointed Asrani as to why the Karan Johar production worked among the masses. 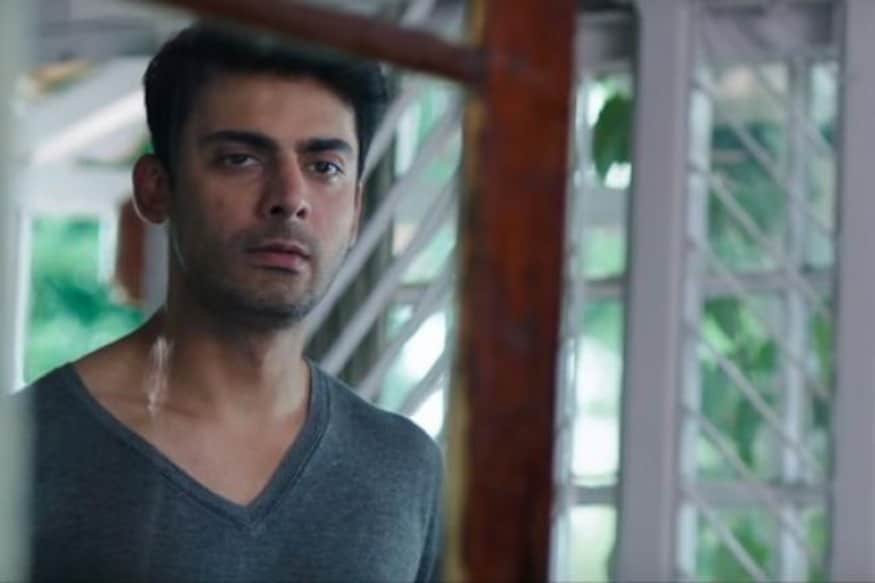 Fawad Khan in a still from Kapoor & Sons.

He further added, “'Fire' by Deepa Mehta was another film that did well. Of course, it ran into rough weather with fringe groups vandalising cinemas and a popular regional leader writing an editorial condemning 'lesbianism' and comparing it to AIDS, but the film resumed its run after the courts intervened, and it went on to become a success. What is noteworthy is that today when an 'Aligarh' or 'ELKDTAL' releases the same fringe groups are quiet and more accepting of the community. That's a good yardstick for success.”

Asrani believes that it’s not the LGBTQ that the audience is rejecting but the expectation of a non-entertaining film is what keeps them at bay.

“We need to remember that films don't fail, budgets do. If you are making a film about the LGBTQ, then make it for that niche audience, with a sensible budget. Once that niche audience accepts it, the chances of them sharing it and inviting others into the cinemas are greater. If a film is made cleverly in a modest budget, its limited earnings at the box office, coupled with a fat paycheque from digital rights can make it a success,” he said.

Actor Tannishtha Chatterjee, who played a lesbian in Pan Nalin’s Angry Indian Goddesses (2015), said that the Indian society is very traditional probably which is why it’s a little difficult to have a wider acceptance for such films. Tannishtha Chatterjee in a still from Angry Indian Goddsesses.

“Pop culture is formed by people who are writing pop culture. With time, as people grow up with that culture then it’ll become easily acceptable. Right now, the audience is still a generation that has not grown up with that kind of pop culture. Now we have started creating it so in the next 5-10 years or whatever time it takes, we have a generation that’ll grow up with a culture where all these things are as normal as anything else. But that’ll only happen if we continue doing it through pop culture,” Chatterjee added.

She also said that the Sonam Kapoor-starrer is a step forward in the right direction and should be praised regardless of its box office results.

“Maybe a female story is more difficult to be acceptable. With 'Kapoor & Sons', it was a character and the main love story was different. But we should continue making such films and keep trying things which are forward thinking things. So, if you’re making five films which are just for box office success then I think one can be made which is a risk. It may or may not work but we’ll have to keep bringing the stories and the discourses into mainstream storytelling that’s the only way it’ll change.”

On the other hand, director Sridhar Rangayan, who is also the festival director of KASHISH Mumbai International Queer Film Festival, the first film festival devoted to LGBTQ cinema in India, doesn’t think it’s the problem of stigma associated with LGBTQ community which is keeping the audience away from the theatres, but could be the absence of impactful narrative in these films.

“The film should be so exciting that the word of mouth brings in a lot. You can easily bring in business for first three days through marketing gimmicks and all the money you pump in which I think ‘Ek Ladki Ko Dekha...’ did collect. But for it to sustain for a long run it has to have the power of the narrative. It’s both the things the film has to touch you emotionally and make you speak about it wherever you go.”

Rangayan added, “How you market your film is also a crucial aspect. It’s always a dilemma for filmmakers whether you want to peg it as a lesbian film at all or a family entertainer about a girl who is different. So, I could see that kind of a dilemma in ‘Ek Ladki Ko Dekha..’ and in also the marketing. That could be one of the reasons that it might not have done well.”

Rangayan noted that Hindi films need to move away from the ‘Dostanas’ and should learn from the regional cinema, especially Bengali, Tamil and Malayalam films which have really “pushed the envelope.”

“We need films which are full-fledged, hard-hitting LGBT-focused movies because I don’t think people know about the lives or dreams of LGBT people. Our Bollywood is indeed driven by stars so we have to have bigger stars embracing these stories in a more natural way. They shouldn’t be looking at a very sensational peg and come to a space where there are just good films and stories revolving around LGBT characters. I’m seeing very positive changes a lot more in the regional cinema. We also need to look at these films and promote them and playing them,” he concluded.