Watch: This Viral Video Of Janhvi Kapoor Presenting an Award to Shah Rukh Khan Will Make Your Day

Janhvi Kapoor and Ishaan Khattar are set to feature together in Dharma Productions’ upcoming movie, Dhadak.

Sridevi and Boney Kapoor's daughter Janhvi Kapoor has become one of the most talked about star kids in Bollywood, thanks to her much-anticipated and a big-budget debut Dhadak. While there is still a month for the official release of Karan Johar’s film which has been directed by Shashank Khaitan, the actress is in news for a video which has been doing the rounds on social media. In the throwback video, little Janhvi can be seen presenting an award to Shah Rukh Khan. 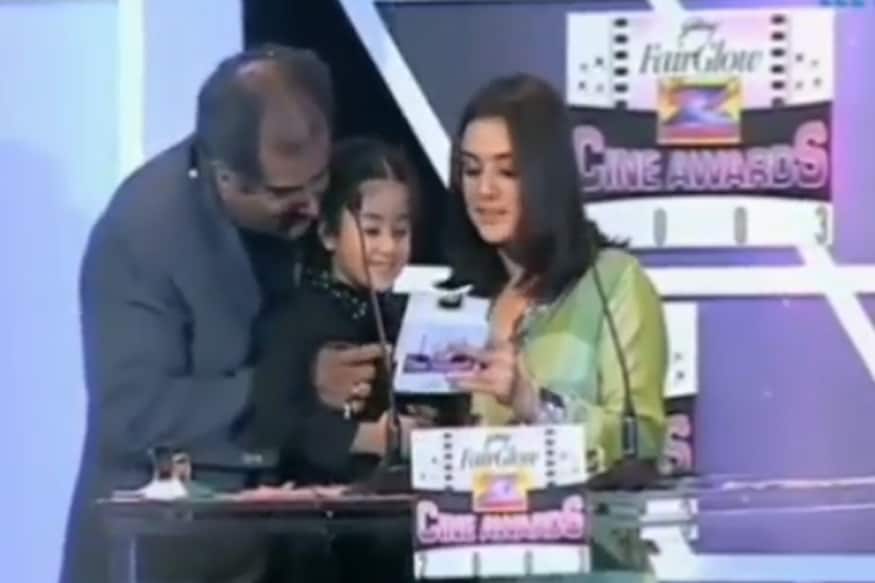 In the video, Janhvi can be seen with father Boney Kapoor who is invited on the stage with Preity Zinta to present the award to the Best Actor winner. As they announce the Best Actor's name, Boney lifts Janhvi to call Shah Rukh Khan who bags the award for his performance in Devdas. As little Janhvi presents the award to Shah Rukh Khan, he kisses her on cheek and they pose together for a picture.

On professional front, King Khan recently released a teaser of his upcoming film Zero. The star plays a dwarf's character in Aanand L Rai's Zero which also features Katrina Kaif and Anushka Sharma in key roles. Zero will be released on December 21.