Priya Prakash Varrier would be hoping for a better reception in Hindi films than she got in the Malayalam film industry.

With one viral clip from the film Oru Adaar Love, Priya Prakash Varrier gained millions of fans, but the film didn’t really take off when it hit the screens this Valentine’s Day. However, far from being disheartened, she is quite upbeat about her Hindi films—Sridevi Bungalow, which is awaiting its release, and Love Hacker, the film she has just started shooting for.

Varrier says, “Love Hacker is based on cyber-crimes and the world behind it. I am playing someone who is somehow trapped in all this.”

Sridevi Bungalow faced the social media wrath after its first look was revealed. Many believed that it’s trying to gain out of Sridevi’s death. Sridevi died due to accidentally drowning in a bath tub and the film’s first trailer shows somebody in a similar situation.

The 19-year-old actress chooses to look at the brighter side. “Sridevi Bungalow is my debut in Bollywood. There have been some controversies around it but eventually it will come out as a good film. I got a lot of positive feedback from the second trailer,” says Varrier.

Is she still relying on that famous ‘wink’ that took the internet by storm in January 2018? She candidly says, “I wanted to use that,” and then turns serious, “The sudden popularity can ease your initial tension but then struggles keep going on.”

Varrier is making a valid point because she is juggling hard between studies and acting assignments. “They (family) didn’t want me to drop in between. I have one last year left to get a Commerce degree and then I can totally focus on films.” 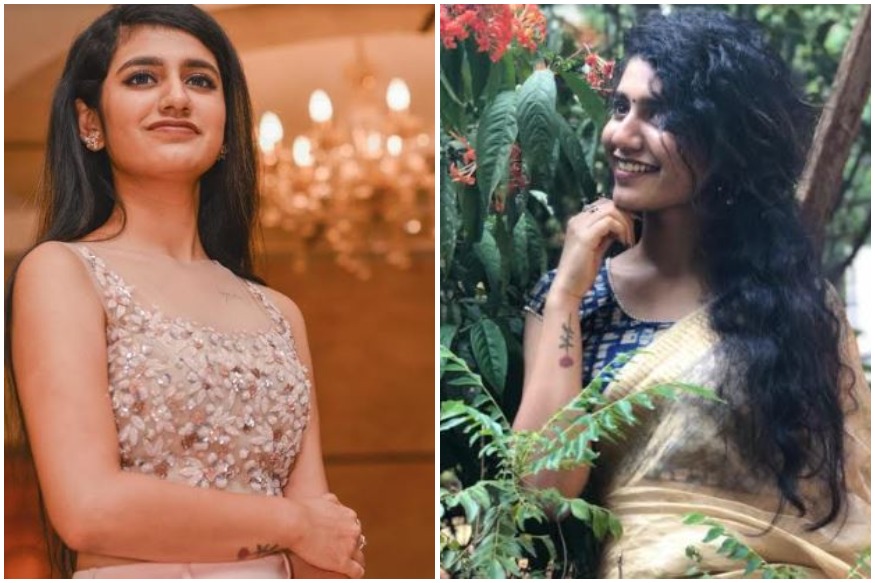 Does being popular not help in college? She laughs and casually says, “Well, my teachers feel I can do much better in studies than acting, and thus they want me to pursue it. They’re fair enough on their part but I want to act.”

She adds, “I don’t get any grace marks. In fact, I don’t get the marks for attendance. Grace marks are for people who attend different events in college.”

She keeps posting pictures with Roshan Abdul Rahoof, her partner in the viral clip, on Instagram. Is that a hint for another film with him? “There are many movies in discussion with both of us but nothing has been finalised yet,” she says.

It was said that Varrier and Rahoof were not cast as the lead pair in Oru Adaar Love in the beginning but their sudden fame prompted the makers to re-shoot the film with them in the lead. She clarifies, “Even before the clip went viral, there was a discussion between the producer and the director that my character and one more character should be given more space. That was way before the song was released, and when it released, the decision was simply finalised.”

Varrier would be hoping for a better reception in Hindi films than she got in the Malayalam film industry. Would Sridevi Bungalow and Love Hacker get her that?

Rohit Vats A former film student himself, Rohit 'Vats' feels that a good film is made with a zealous heart rather than brilliant technique. He thinks that films can be used as a tool of social change, as the language of cinema crosses all barriers and touches people's lives deeper than any other medium. A self-confessed film noir buff, Rohit has equal admiration for other genres as well. Currently he is trying to bud as a film commentator.