Would Love To Play 'The Joker' From 'Batman': Shreyas Talpade

A file photo of Shreyas Talpade.

Known for his content-driven films like ‘Dor’ and ‘Iqbal’, the actor is of the view that cinema should pick up more socially-responsible issues, as ‘documentation in an entertaining manner’ always works.

Bollywood actor Shreyas Talpade, loved for the splendid comic timing in his many roles, now wishes to play a 'baddie'- someone like the Joker in Batman.

The actor, who will be seen next in the psychological thriller Pratichhaya, said this during a conversation with News18.com in which he stressed on the importance of juggling between different kinds of roles.

The comic touch, he feels, comes naturally to him. “Every dialogue has some element of comedy, but that comes pretty naturally to me. For an actor, it’s important to keep portraying different characters to keep the freshness alive,” he said. Talpade expressed his keenness to play the role of a ‘baddie'. “I really want to play a baddie now, one main character which is hated by everyone. Something like The Joker in Batman, maybe.”

Known for his content-driven films like Dor and Iqbal, the actor is of the view that cinema should pick up more socially-responsible issues, as ‘documentation in an entertaining manner’ always works.

“The kinds of films that have worked at the box office include content-driven films or real-life stories. It’s really important to choose socially-relevant topics as the audience is getting more and more socially responsible,” he said. While there were reports that the Iqbal actor was offered the Dhoni biopic, the actor laughed it off saying if there’s anyone from the sports industry he would want to portray, it’s Yuvraj Singh.

He also said that he would love to be a part of Amitabh Bachchan’s and Kisore Kumar’s biopic. “I’ve always been fascinated with Kishore Da. He was a strange combination of madness and genius.” 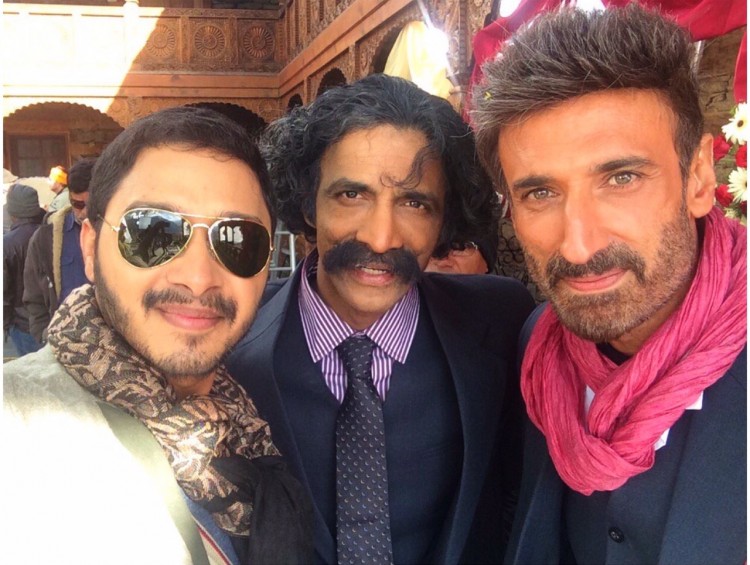 Talpade plays the role of the eldest brother in a family who isn’t really involved in the family's matters. While the actor believes that there’s a part of oneself in every character one chooses to play, he sees no similarity with his role in ‘Pratichhaya’ apart from the fact that both are ‘good boys’.

Directed by Mukesh Jadhav, the film follows a woman’s journey to the edge as she explores the darker side of the female desire – a woman’s passionate essence is warped by her jealousy and her sense of being deprived.

The actor will also be directing the Hindi remake of Marathi film Poshter Boyz for which Sunny Deol and Bobby Deol are on board already.