From Iron Man in 2008 to Avengers: Endgame in 2019, Marvel Cinematic Universe has created its space as a brand that echoes its success with its figures on the box office.

In 2008, when Marvel was gearing up for the release of their first superhero film Iron Man, the scenario was much different than how it is now. It wasn’t something people were dying for. It was anticipated as just another sci-fi film with some stunts for kids.

Cut to 2018, with six mega-budget films, 2 web series and two highly anticipated superhero films lined up in 2019, MCU has been expanding its horizon faster than ever.

With 21 releases, Marvel Cinematic Universe has created its space as a brand that echoes its success with its figures on the box office. For a company that was dealing with debts in the ‘90s, Marvel has seen astonishing changes in its fortunes. Surviving the darkest hours, it rose and pulled a multi-billion-dollar victory.

The production house has changed the way we see at superhero films as potential moneybags. Their strength lies in its depth and continuity that they have been following in three phases of films. Marvel has worked on building an entire universe of their cinematic journey while building individual characters and placing them together in crossovers.

For instance, when Iron Man and Captain America: The First Avenger made it to the screens, Tony Stark fans didn't bother about Steve Roger's alter ego in the armoured suit. Or for that matter, Asgardians didn't pay heed to the Wakandians. 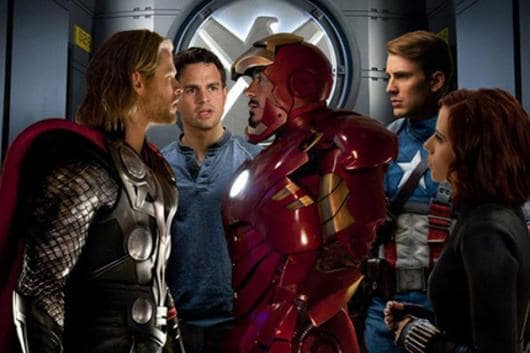 Their characterisation played a big part in the startling success. The layered characters that MCU profoundly portrays are solely credited to Stan Lee whom we lost this year, a major blow out to the verse. Lee made sure that the characters in Marvel are humans first and superheroes later. Despite being larger than life, the superheroes were relatable because they were flawed and broken from inside, just like us. Be it Iron Man, Spider-Man, Hulk or Captain America, these superheroes are incomplete without their respective human identities as Tony Stark, Peter Parker, Bruce Banner and Steve Rogers. 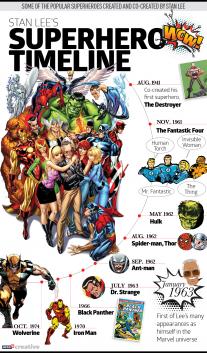 The strategy was mentioned by Kevin Feige in one of his interviews. He said, "It's about teaching the general movie-going audience about the notion of the characters existing separately, coming together for specific events and going away and existing separately in their own worlds again. Just like comic readers have been doing for decades and decades ... people sort of are accepting that there's just a time when they should be together and there's a time when they're not."

By the end of phase one, the world already knew that being a nerd is the latest trend. In phase two (2013-2015), with 2 films each year and introducing Guardians of the Galaxy and Ant-Man, the production house established that geeky was the new cool. They forayed deep as a brand at the subconscious level. By now fans had started recognising the bright red comic strip montage that followed with the teasers, trailers and films.

The third phase that will mark its end next year with the much anticipated Avengers: Endgame was the record-breaking phase for the franchise. The phase gave us two more superheroes (Doctor Strange and Black Panther) and an entire verse of Wakanda that went on to make a worldwide total of $1.3 Billion at the box office.

While Black Panther was smashing records, Avengers: Infinity War set benchmarks for other superhero franchises. The film went on to collect $2 billion worldwide, becoming not only the highest grosser of 2018 but also the highest grossing superhero film ever.

Meanwhile, Marvel's arch-rival DCEU was also experimenting with crossovers and served the audience with Justice League. But to their dismay, while MCU's crossovers were generating billions worldwide it collected $657 million against a production cost of $300 million. Finally, Aquaman that opened on December 14, seems like an ace out of the DC Extended Universe, but it’s nowhere close to MCU in terms of reach yet.

Marvel, on the other hand, has had people like Kevin Feige at the helm of its superhero ventures. The studio did one thing at a time and that turned out to be the best foot forward.