The success of Shahid Kapoor's Kabir Singh makes one take a quick glance at how a number of recent commercially successful films have been remakes of South Indian films or are 'loosely adapted' or 'inspired' from them.

Shahid Kapoor's Kabir Singh is one of the blockbusters of 2019 with an earning of over Rs 276 crore in India. The film made on Rs 68 crore budget created a turmoil at the box office, raking in Rs 20.21 crore on its opening day. Despite facing a lot of backlash for glorifying misogyny and toxic masculinity, Kabir Singh swiftly became one of the highest grossing films of 2019.

The Arjun Reddy remake established the fact that word of mouth could conquer Bollywood's box office. It also makes one take a quick glance at how a number of recent commercially successful films have been remakes of South Indian films or are 'loosely adapted' or 'inspired' from them.

Films in the last decade, like Baaghi, Baaghi 2, Simmba, Gabbar is Back, Housefull, Singham and Ready, to name a few have all crossed the coveted Rs 100 crore milestone by one simple formula - reworking Tamil, Telugu, Malayalam or Kannada films. The credit for setting the remaking trend can be given to two major Khans of Bollywood, Aamir and Salman. Aamir Khan's Ghajini (2008) and Salman Khan's Wanted (2009) was a peephole into the success of remaking/adaptations of South films. Salman continued his streak of successful remakes with titles like Bodyguard, Ready, Kick and many more.

However, with as many as six films each in the last decade alone, Ajay Devgn and Akshay Kumar have the most south Indian remakes in their kitty. While Ajay had Singham, Son Of Sardaar, Himmatwala, Action Jackson, Singham Returns, Drishyam in his filmography, Akshay did Khatta Meetha, Gabbar Is Back, Holiday, Boss, Rowdy Rathore and De Dana Dan.

Following them was Tiger Shroff, who's Baaghi and Baaghi 2 churned over Rs 126 crore and Rs 250 crore at the ticket windows. And now, Shahid Kapoor seems to have joined the league – his next film, Jersey, is also a South remake.

This year's Saaho, which wasn’t a remake but was essentially a South film dubbed in Hindi, went on to emerge as one of the top grossers of 2019.

Many Hindi film producers are keen to acquire rights of popular South blockbusters that they think have the potential of resonating with the audience. The most recent example being Karan Johar, who bought the rights of Vijay Deverakonda's Dear Comrade even before its theatrical release.

Likewise, Boney Kapoor acquired the rights of the Tamil film Comali, a story about the struggles of a young lad who wakes up after being in coma for 16 years. While he plans to remake the film in Telugu and Kannada as well, he has confirmed to take his son Arjun Kapoor as the lead of the Hindi version. 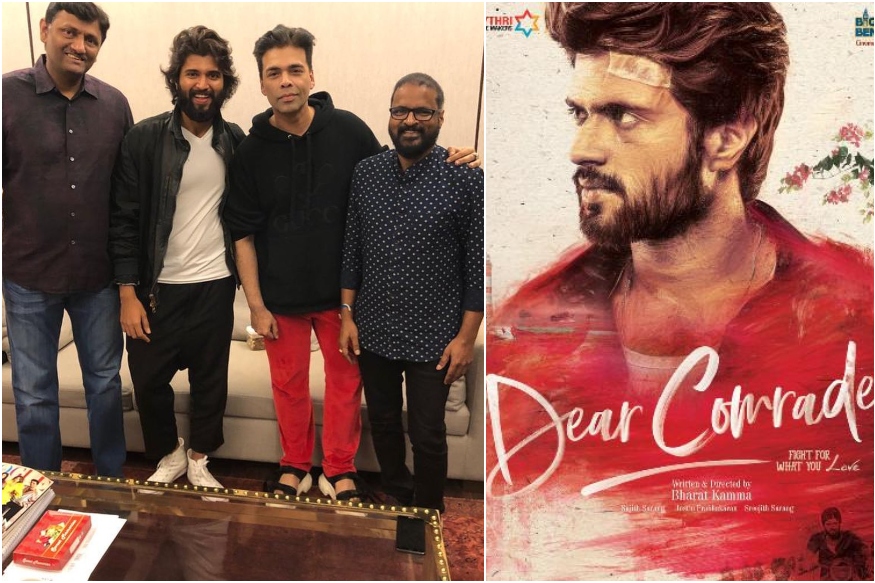 The filmmakers also enjoy the advantage of adapting a film. Not only are the buying rights of films comparatively cheaper than big budget Hollywood films, it is also an audience tested project. The moviegoers already know the story and the actors. If they have liked the story once, probably they'll enjoy it one more time.

In order to cater to a larger audience and engage the regional audience, actors from the South are also being roped in alongside popular names of Hindi industry. For instance, Kiccha Sudeep is the main villain of Salman Khan's Dabangg 3, Nagarjuna has joined Ranbir Kapoor and Alia Bhatt's Brahamastra and Rana Daggubati starred in the recently released Housefull 4.

Likewise, Bollywood actors too are turning to south films to expand their fan base, such as Sanjay Dutt collaborating with Kannada actor Yash for KGF Chapter 2 and Ajay Devgn and Alia Bhatt joining SS Rajamouli’s RRR.

Looking back at the box office success of South adaptations, this trend is surely here to stay. In 2020, Hindi filmmakers are set to churn out their versions of south stories in films like Laxxmi Bomb, Ikka, Tadap, Jersey and Dear Comrade. These films will tell us whether the success streak of South remakes continues in the new decade as well.