News18 spoke to several people across the state who could not find their names in the complete draft to understand their concerns.

Abdul Kalam Azad
As speculated, more than four million people have been left out of the complete draft National Register of Citizens (NRC) published on Monday.

The NRC authority has not revealed the reason for rejection, citing protection of the individual’s privacy. It just mentioned two categories of people who could not make it to the complete draft as ‘on hold’ and ‘rejected’.

There are 2.48 lakh people in the first category who were declared foreigner by the tribunal and those marked as ‘D’ (doubtful) voter. The applications of the remaining 3.8 million people have been rejected without disclosing the reason.

The authority said those excluded from the complete list would be given a fair chance to re-apply within the window of ‘claim and objection’ — a period of one month. Ground reports suggest that those excluded from the list are mostly illiterate people living in rural areas. However, there are also some educated, well-connected people who have been excluded.

News18 spoke to several people across the state who could not find their names in the complete draft to understand their concerns.

Shafi Uddin Ahmed, a 36-year-old government school teacher and well-known poet of Kayakuchi area in Assam’s Barpeta district, was shocked when he could not find his name in the draft NRC. His two siblings had also been excluded from the list.

“Though we have other documents, to be sure, we submitted our passport. Our names were not included in the first list but I was 100 per cent sure that the final draft would not exclude us,” he said. 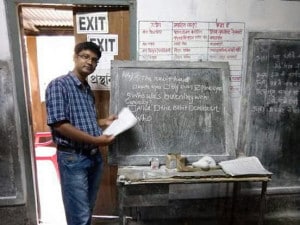 Shafi Uddin Ahmed, 36, is a government school teacher who was excluded from the NRC.

Ahmed comes from a family with a political history as his great grandfather, late Pahar Khan, was an MLA from Tarabari constituency in the first state assembly of Assam in 1952, while his mother’s uncle Mukhtar Hussain Khan is the president of the state BJP’s minority morcha. Of the 12 members of his family, nine were included in the NRC.

The struggle is the same for 25-year-old Masuma Begum, a central committee leader of the All Assam Minority Students’ Union (AAMSU) and former assistant general secretary of the Cotton University union.

Begum said her name had been dropped from the draft even though she and her siblings submitted the same documents. Questioning how her parents and three siblings found a place in the list, she said, “I want to ask the authorities what kind of banality is this? How can they play such childish games in such a sensitive matter?” Masuma Begum, a central committee leader of the All Assam Minority Students’ Union, also did not find her name in the draft list.

Twenty-six-year-old Eshani Choudhury, a graduate of Tata Institute of Social Sciences and well-known child rights activist, is worried if the exclusion would hamper her trip to Geneva for an event organised by the Office of the United Nations High Commissioner for Human Rights.

“I have to attend the Day of General Discussion on September 28 in Geneva, organised by the Office of the United Nations High Commissioner for Human Rights and I am worried if this exclusion will affect my chances of getting a passport,” she said over the phone. The draft list includes her mother and grandmother but Eshani and her sister have been excluded. 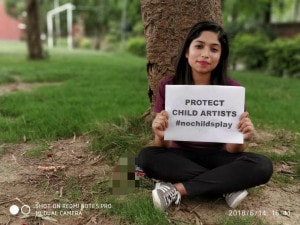 Eshani Choudhury hopes the exclusion won't hamper her trip to Geneva for an event by the Office of the United Nations High Commissioner for Human Rights.

However, everyone who has been left out of the final draft is not as worried.

Musabirul Hoque, a teacher from Udalguri district and a regular columnist with an Assamese newspaper, is confident of getting through the claim and objection process.

“Even though some of our family members’ names didn’t figure in the draft, I am not worried. We will be included in the final NRC,” said the 29-year-old.

But Musabirul said according to him, the NRC had been designed to exclude people. “The focus has been to prepare a foreigner-free NRC but the focus should have been not to exclude genuine Indian citizens,” he said. Musabirul Hoque, a teacher from Udalguri district, is confident of getting through the claim and objection process.

Giving an instance, he said the NRC authority had barred poor and illiterates citizens from getting assistance from educated community leaders or lawyers during the verification process. “During my verification process, we were in the queue and the verifying officer was misbehaving with one person when he couldn’t answer properly. That person was almost shivering in fear. When I tried to help him, the officer shut me up saying there is no provision for middlemen,” he said.

Ahmed feels there was a deliberate effort to keep people out under political pressure. “Our names were excluded from the list to satisfy the political aspirations of certain groups. No doubt, we will prove our Indian citizenship at any cost. But our resources and efforts, which we could have used in nation building, will be spent proving our nationality,” he said.

He added that he was worried how the marginalised people, who battle for two square meals, would fight the state machinery that seems bent on persecuting them.