As Congress Tackles Storm Raised by Letter of ‘Dissent’, a Fresh One is Taking Shape in Maharashtra

While the storm in the Congress — after a group of leaders petitioned interim president Sonia Gandhi seeking structural reforms — is still to die down, the party has to contend with rising discontent in Maharashtra, where it holds power by default than design.

For most students of history, the decline of the once-mighty Mughal empire and the gradual erosion in the authority of a modern dynasty—that of the reigning Gandhis in the Congress—has uncanny parallels.

Like during the latter part of the Mughal era, the weakening of the central authority, or the high-command, has led to a drift and assertion by regional and sub-regional satraps within the Congress. 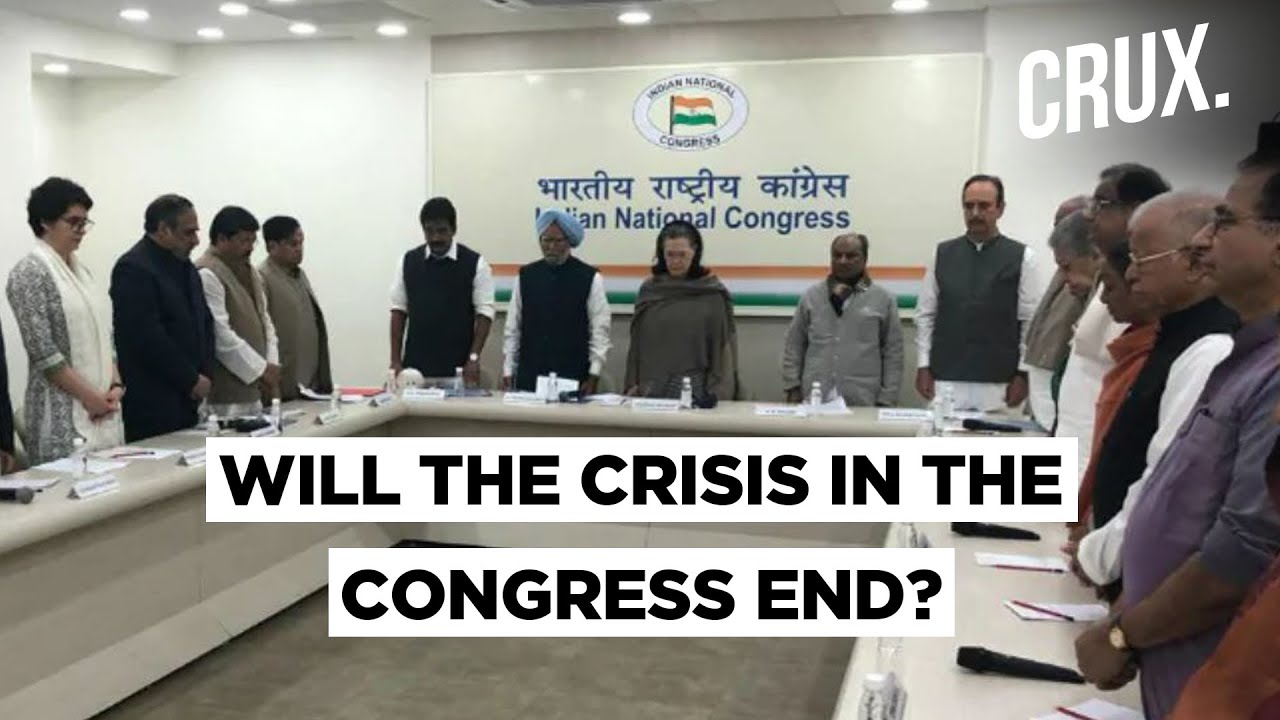 While the storm in the Congress — after a group of leaders petitioned interim president Sonia Gandhi seeking structural reforms — is still to die down, the party has to contend with rising discontent in Maharashtra, where it holds power by default than design.

Kailash Gorantyal, a three-term Congress MLA from Jalna in the Marathwada region, had threatened to launch a hunger strike with 11 other party legislators to protest the “step-motherly” treatment to their constituencies.

Gorantyal was especially irked at the urban development department, which is headed by the Shiv Sena’s Eknath Shinde, for not releasing developmental funds for the Jalna municipal council, which is controlled by the Congress.

Gorantyal is part of a group of Congressmen who rose to become legislators through municipal politics. Hence, for them, their control over these civic bodies is crucial for maintaining their “reward economy” networks in their constituencies.

The threat of around a fourth of its 44 legislators launching a protest triggered an alarm in the Congress and the reigning Maha Vikas Aghadi (MVA). Intervention by deputy chief minister Ajit Pawar, who also holds the finance portfolio, has quelled the unrest, at least for the moment.

Though Gorantyal has announced that the protest has been put off for now, he maintains radio silence when asked over whether it may take place if the assurance for funds fails to fructify.

Congress leaders admit that the anger of these legislators may be the tip of the iceberg. They complain that the state leadership of the party has been unable to articulate their concerns to the Maharashtra government on issues like funds for constituencies of Congress legislators or even transfers of officials. The appointments to state-run corporations, which are sinecures with perks of power for those left out of ministerial posts, are also pending due to a lack of unanimity in the three ruling allies.

The gradual erosion of the high-command’s control over the Congress apparatus has percolated down the ranks.

Though these matters were discussed in murmurs within party circles earlier, Gorantyal’s threat of a now-shelved protest indicates that there is a possibility of things escalating to near-disruptive levels in the state.

Despite being a legislator for eight consecutive terms from Sangamner in Ahmednagar, the low-profile Thorat is seen as lacking the charisma and authority to control the party or ensure that it holds its own against a resurgent NCP.

With growing concerns about the NCP, led by party supremo Sharad Pawar, who has hit the ground running, eating into the Congress vote base, a section of party leaders are reportedly jockeying to get Thorat replaced, preferably with a more hands-on Dalit or Muslim face.

Congress ministers had also met Uddhav earlier this year to complain about not being considered when it came to taking major policy decisions. It is claimed that another such meeting may be on the cards soon.

As some Congress veterans argue, the party is punching below its weight, playing not second, but third fiddle to ruling allies, Nationalist Congress Party (NCP) and Shiv Sena in Maharashtra. Though the Congress has just 44 seats compared to the NCP’s 54 and the Sena’s 56, it was the party’s support that led to the MVA regime under Shiv Sena president Uddhav Thackeray coming to power.

The Congress, which as even most dyed-in-the wool party men admit, had almost given up on its chances in the Maharashtra assembly elections, and had reconciled itself to another five years on the opposition benches. However, it found itself being propelled into the government by a strange twist of circumstances.

With power in striking distance, there was a scramble for the 12 ministerial berths on offer. Gorantyal was among those who lost out, with former chief minister Ashok Chavan, and Amit Deshmukh, the son of former chief minister Vilasrao Deshmukh making the cut from the Marathwada region. An irked Gorantyal had then threatened to quit all party posts with his supporters before being placated.

With lack of a strong authority who can hold the party together in Maharashtra, the Congress state unit is witnessing a rise in internecine disputes. Cabinet minister Sunil Kedar has threatened three leaders from Maharashtra, former chief minister Prithviraj Chavan, Mukul Wasnik and Milind Deora, who were among the signatories to the letter to Sonia, seeking that they apologise. He has warned that or else, Congress workers will not allow them to move around in the state.

As a senior Congress leader often notes, the Congress leadership in Maharashtra is repeating the mistakes committed by the Socialists. Lulled into complacency by power and riven by factional fights, the party is losing the connect with the grassroots and the ground-reality, a mistake that cost the Socialists dearly.

Disclaimer:The author is a Mumbai-based journalist and author of ‘The Cousins Thackeray: Uddhav, Raj and the Shadow of their Senas.’ Views expressed are personal.
Array ( )
Next Story