In the beginning, the authorities had to screen, quarantine and test all international and interstate travellers and deal with the mass anxiety.

Like everyone else, a sense of uncertainty gripped me as I watched the visuals on the impact of COVID-19 across the globe. It soon reached India and things began heating up quickly around us. The greatest lockdown in the history of independent India definitely brought on a few nerves initially. Suddenly, I realised I was in the thick of things. I also realised it was time for me to step up and show the way — bring people out of the panic mode and take them along to reach our goals.

The moment a collector puts a foot forward, however desperate the situation may be, our system is such that our staff and official machinery also start stepping forward. And thus began our journey of handling the COVID-19 crisis. During this journey, we had our fair share of ups and downs, faced innumerable tough situations and, more importantly, took home a lot of hard-won experiences. I would like to share five such important takeaways from the current scenario.

Getting a Strong Base

The first and foremost rule for any contingent scenario is to get a strong base. We got our control rooms going — the Covid Control Room for people to self report, get clarifications and for follow ups. We also had exclusive control rooms for pregnant women, guest workers, et al. We then started working on institutional quarantine facilities and established about 3,650 additional beds across the district. We didn’t have a lab then, so we started working on getting our own coronavirus testing facilities as early possible. Tiruppur is an industrial hub and it meant we could use the reroute the resources at hand to manufacture the things that were the need of the hour. Masks and PPEs were manufactured in lakhs straightaway and we even started helping out other districts. We had also put across our available personnel into various segments and teams to deal with the situation. Our men and machinery were ready and we were ready for the ultimate test.

Initially, we had to screen, quarantine and test all international and interstate travellers. We had to deal with the natural mass apprehension and anxiety, and get maximum people to report. For each traveler, we had to track their travel history, get info from the airport authorities, police records, etc., consolidate everything and get them onto strict home quarantine. Soon, the positive cases started appearing and that meant we had to trace the contacts effectively — the high risk, low risk/primary, and secondary contacts. A lot of resources and energy had to go into this as this was the most crucial step in curbing the disease spread. The numbers were rising quickly, there was very little time and we had to step up further with whatever resources we had on hand.

As contacts were being traced, epidemiological mapping was done based on the primary/index cases and accordingly containment zones were created. This meant the disease spread was now “contained” within these areas. We ensured that all people in the containment zones underwent active and passive surveillance, the local bodies ensured massive disinfection and the police created a virtual fortress along the boundaries. Incident commanders were appointed for each of those containment zones. Volunteers were deputed to deliver essentials to people in those zones. Once these activities were done effectively, we knew “containment” was on, which reflected in the number of positive cases and also in the fact that there were no cases appearing outside the containment zones.

There are totally 41 border points in the district and we had to ensure an efficient perimeter control in those places. Apart from police teams, health and revenue department teams were also put on duty for screening and following up of outstation travellers. We also tested and screened high-risk people working in hotspots in the district, like the police, frontline health workers, volunteers, people working in the markets, etc. By now looking at other places and learning from their experiences we knew how to identify the hotspots and what to focus on.

The crisis situation was such that people were an integral part of it and it was imperative to take them along every step of the way — from doorstep delivery of essentials to making their lives easier by bringing out social media challenges, including the ‘Give Up’ and ‘Umbrella Distancing Challenge’ for social distancing, etc. We were very determined from the beginning that we had to take our people along with us as much as possible. Massive awareness campaigns were launched by us online and offline. We also got together a huge volunteer force called the Tiruppur Corona Fighters which went onto fill crucial gaps in our connection with the public. 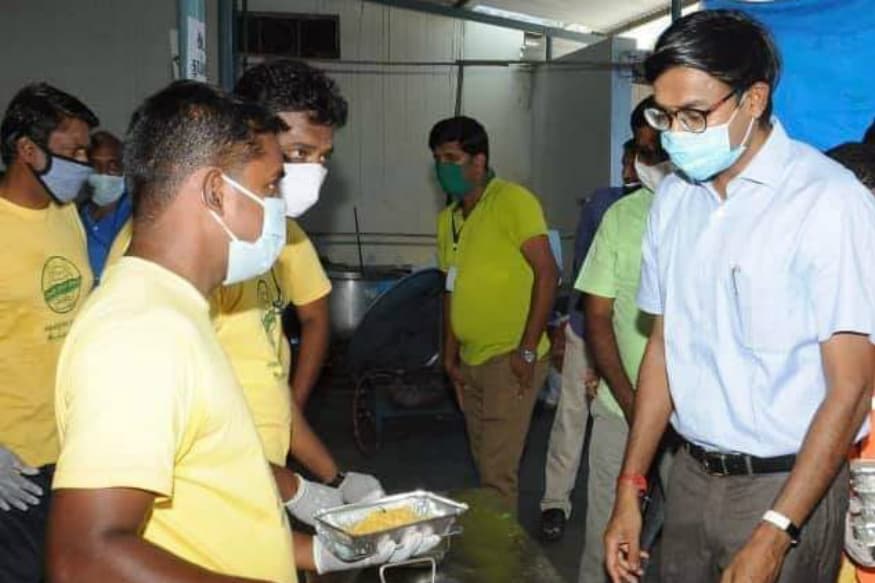 These are just some of the lessons that I have learnt in the past few months and all these have given me a wealth of experience which no book could ever teach. The biggest lesson of all, at this stage, would be that this pandemic is far from being over and we need to keep up our intensity and put in efforts and work as per plans and protocols. There are other huge challenges as well with respect to resuming economic activities, restarting industries and, of course, taking proper care of and addressing the issues of our guest workers from other states.

Our next sets of plans and strategies have started taking shape and I’m sure our team will go all out to achieve them. Nobody can chart a definitive way out of this crisis at this point, but I do believe that if we can continue keeping our systems in place and keep relentlessly doing what we are doing, the day we put this crisis behind us is sooner than later. On a personal note, at this point I would like to take in with gratitude the current scenario of where we are now, with a recovery rate of 100 per cent. The job has been done so far against all odds, and we all need to keep doing it.

(The author is currently working as the Collector of Tiruppur District in the Tamil Nadu. Views expressed are personal.)