One Year of Modi Govt 2.0: First 6 Months Were a Success; Then Covid-19 Pandemic Struck

How has Modi performed in the past one year? He would get an A-plus for the first half, while the second half is full of hits and misses.

Prime Minister Narendra Modi completes his first year in office on May 30 after returning to power with a bigger mandate in 2019. Arguably, his first six months were one of the most transformative periods while the second half was the most challenging due to the unprecedented coronavirus pandemic.

Although the Bharatiya Janata Party (BJP) celebrated the first six-month mark by releasing a booklet on the achievements of the government, there are no plans to celebrate the one-year in office on a big scale now. According to Information and Broadcasting Minister Prakash Javadekar, "the focus is now on COVID-19, and how can we have any big celebration?”

How has Modi performed in the past one year? He would get an A-plus for the first half, while the second half is full of hits and misses. Riding high on his popularity, Modi himself claimed when he addressed his party MPs in December 2019, "The last six months have been historic. We achieved what others could not achieve in many years." The BJP MPs gave him a standing ovation.

“During the last six months, we have taken numerous decisions that have furthered development, accelerated social empowerment and enhanced India`s unity. We aspire to do even more in the times to come so that we create a prosperous and progressive New India," Modi said in a tweet. 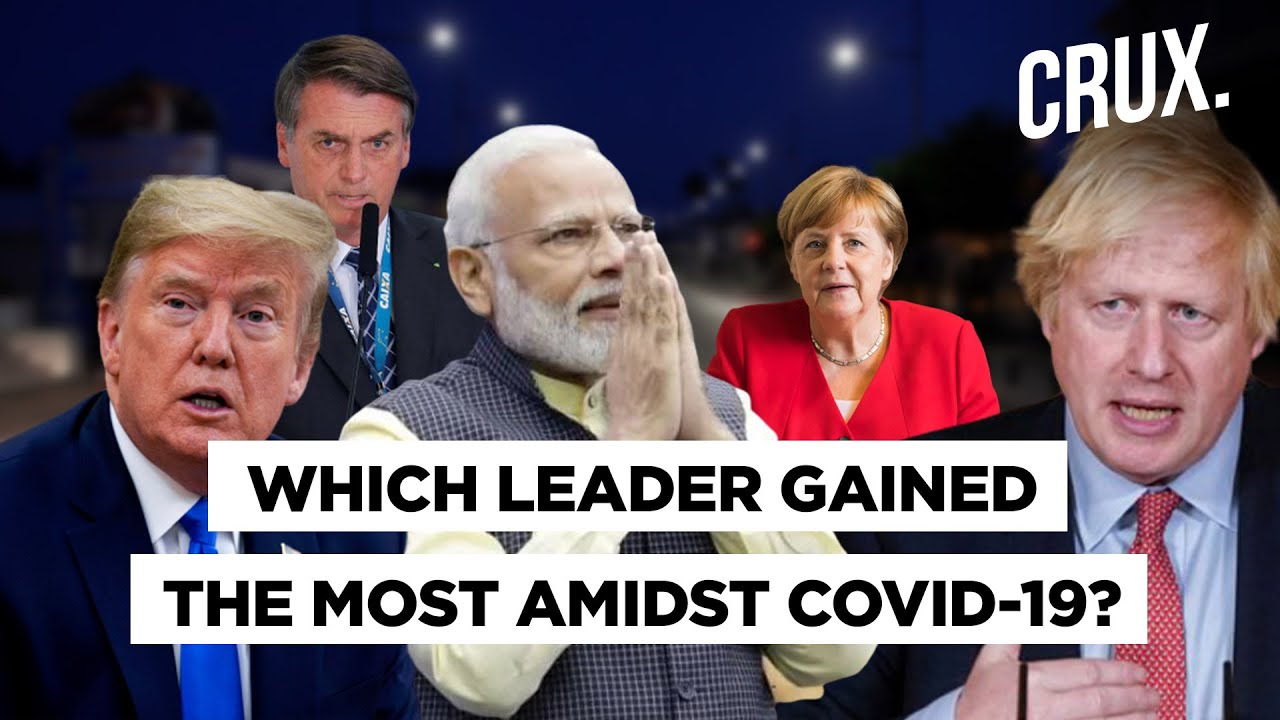 A booklet titled 'A Splendid Start' released on the occasion includes a chapter on the scrapping of Jammu and Kashmir's special status on August 5, 2019. Another chapter is on the Supreme Court’s Ayodhya verdict in November in favour of the BJP. "One nation, one constitution becomes a reality after 70 years", "ensuring peace and harmony post Ayodhya verdict", "sweeping reforms for 5-trillion-dollar economy", "empowering India's nari shakti", and "decisive six months for farmers' income and security", etc, were touted as the other achievements. However, the outbreak of the coronavirus put a stop to his ambitious plans.

On the legislative side, the 17th Lok Sabha has created a record as laws relating to countering terrorism, labour reforms, strong laws against frauds, death penalty for child sexual assault and other important measures were passed. Modi was able to push through even controversial bills like triple talaq, repeal of Article 370, and the Citizenship Amendment Bill even in the upper house where the government is in a minority, on account of a divided opposition.

On the political side, the BJP did not perform well due to various reasons, including electoral miscalculations. In Maharashtra, it emerged as the single largest party but the estranged long-time ally Shiv Sena and the Nationalist Congress Party (NCP) and the Congress combined to form the government. In Delhi, too, the Aam Aadmi Party (AAP) gave a splendid performance and retained power. Modi managed to keep the opposition divided.

On foreign policy, Modi kicked off his second term by inviting BIMSTEC leaders for his swearing-in ceremony. Within 10 days of office again, he embarked on visits to the Maldives and Sri Lanka followed by Bhutan, stressing on the "neighbourhood first" policy. But India’s outreach has been poor as the Citizenship Amendment Act (CAA) with Bangladesh and the Kalapani tri-junction territorial issue with Nepal are creating rifts.

Modi’s high-profile visit to the United States in September last year to participate in the United Nations General Assembly was preceded by an impressive ‘Howdy, Modi!’ show in Dallas in which 50,000 people cheered him and US President Donald Trump, who was the guest of honour. So impressed was Trump that he made his maiden visit to India in February 2020 and was bowled over by the 1,00,000-strong crowed that cheered him on in Ahmedabad, Modi's hometown.

Another feather in Modi's cap was the presence of the 10 ASEAN heads of state to witness the Republic Day parade in January. He even practised COVID-19 diplomacy by reviving the South Asian Association for Regional Cooperation (SAARC) and set up a fund to help the region. He also participated in the G20 and other multilateral meetings, including NAM (for the first time) in April. The informal summit with Chinese President Xi Jinping in Mahabalipuram was a great success.

However, the coronavirus outbreak in January felled most of Modi’s plans. Although he was able to impose almost nine weeks of complete lockdown since March and kept 1.3 billion people indoors, the crisis has been unprecedented. Fortunately, rural India has been largely spared by the spread. Though the Centre and states have worked in tandem to fight the pandemic, they have failed in dealing with the millions of migrant labourers stranded on the roads.

But where the government has failed most is on the economic front, and it will take many months to recover. With uncertainty about how long the pandemic will continue, most of the sectors including civil aviation, construction, agriculture and others have collapsed. The government came up with a whopping Rs 20 lakh crore relief package this month. While the migrant labourers also got their share of the package, critics say it only addressed the supply side and not the demand side.

Overall, if Modi got an A-plus for his achievements in the first six months, the jury is still out on the second half of the year.

(The author is a senior journalist. Views expressed are personal.)

Kalyani Shankar is a political commentator and columnist. She has been the Political Editor and Washington correspondent of Hindustan Times. She is al...Read More