Plain Speak: Why the Opposition Fails To Beat Narendra Modi, His Ideas

Modi managed to tap into that deep desire among Indians that desperately wanted some change and more importantly, he also managed to make them a part of this change. (AP Photo/Pankaj Nangia)

Modi embodies his national vision with achievable goals and tasks to present an improved reality and a longed-for image of India to its people. He has been very successful in articulating ideas we all discuss in our drawing rooms 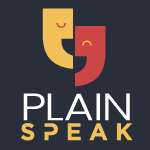 The reason Narendra Modi is genuinely loved by the average people on the street is not so much because people believe he has done more than any other PM, but because he taps into their aspirations through the power of ideas.

Modi embodies his national vision with achievable goals and tasks to present an improved reality and a longed-for image of India to its people. He has been very successful in articulating ideas we all discuss in our drawing rooms. The changes we wanted to see in India, but didn’t know where to begin.

From his very first Independence Day speech, which set forth the ambitious plan of ‘Swachh Bharat’ that included the goal of making India open defecation-free and cleaner overall, Modi has managed to invoke a sense of pride for the country, while also highlighting the work that needs to be done.

How many of us wanted to see an open defecation-free India? How many of us lamented at the condition of utter filthiness we had descended into, despite being people that valued cleanliness inside our homes? How many of us felt ashamed?

Modi managed to tap into that deep desire among Indians that desperately wanted some change and more importantly, he also managed to make them a part of this change.

This is why, even if the Opposition may quibble over the numbers of deliverables, the people know and have seen a visible change with lakhs of toilets built for them and others. Poking holes is not enough to puncture the pride that came with those toilets. Litter persists, but awareness over littering is at an all-time high. Political barbs over cities that are still dirty don’t hurt Modi as much as they hurt every citizen. Because ultimately, a nation doesn’t change unless its people do, and Modi has been successful in driving that message.

It’s no surprise that the ‘Har Ghar Tiranga’ campaign helmed by PM Modi in 2022 – to mark 75 years of Independence and to commemorate ‘Azaadi ka Amrit Mahotsav’, became such a huge success.

From the young to the old, the rich to not-so fortunate, private cars to autorickshaws, independent households to housing societies, people took pride in their national flag like never before.

It sounded corny to begin with, but even the staunchest critics know the same pride of place for the national flag is an important component of life in USA, for example, a nation we all aspire to become like in some way or the other. Criticizing it becomes nearly impossible and when the opposition does by raising the issue of China-made Tricolour or the wrong material being used to make the flags, people tune them out because they are already busy taking selfies with the flag in their house.

An idea is always greater than the individual. This is a simple concept the opposition is yet to grasp. They keep competing and attacking the individual, but they have yet not been able to compete with Modi’s ideas. In fact, the opposition has been singularly lacking in fresh ideas and it’s not a surprise that it fails to challenge Modi on a national level.

Like him or not, as a PM, Modi has filled a large hole for ideas in Indian politics. It is possible to say that since Indira Gandhi, Indian politics had been mired in so many factors, assassinations, coalition politics and corruption taking centrestage that we just fell behind in grand visions powering not just our growth, but also our behaviour.

Barring PV Narsimha Rao and Atal Bihari Vajpayee, nobody else got the chance or could produce the chance to become an ‘ideas driver’. Modi has latched onto that space.

If the opposition wishes to compete with him, they will have to begin with tapping into fresh ideas for the country.

And no, the age-old and much discredited ‘idea of India’ alone won’t work.

About the Author
Shivani Gupta
Shivani Gupta is a Senior Associate editor and Anchor with CNN News18. She has 15 years of experience as a journalist, starting with print and then in...Read More
Tags:
Read More