India’s death rate per million population (DR) of 1.92 as on May 15 is the lowest amongst the 15 worst affected countries who have registered a minimum of 50,000 cases.

India conducted 1.95 million Covid-19 tests by May 14. Only six countries had tested more – USA, Russia, Germany, Italy, Spain and UK. While it can be argued that its total number of cases (per million) is low due to the low testing numbers (per million), a similar argument cannot be extended to the number of deaths.

The answer is simple. In a vibrant democracy like India, it is almost impossible to hide a significant number of deaths – deaths caused by any reason, leave alone Covid-19 deaths. India is not China or North Korea or a dictatorship.

There are enough credible and independent organisations scrutinizing mortality numbers for Covid-19 in the country. Additionally, there are other organisations - political parties, activists and NGOs, scraping through all sorts of sets of data – day in and day out – to look for such numbers – hoping to hold the government of the day accountable.

If there was an alarming rise in the number of deaths from any remote corner of the country it would have been reported and subsequently probed. But that has not been the case.

Thus, something has worked for India which has minimised the loss of lives in the country due to Covid-19. 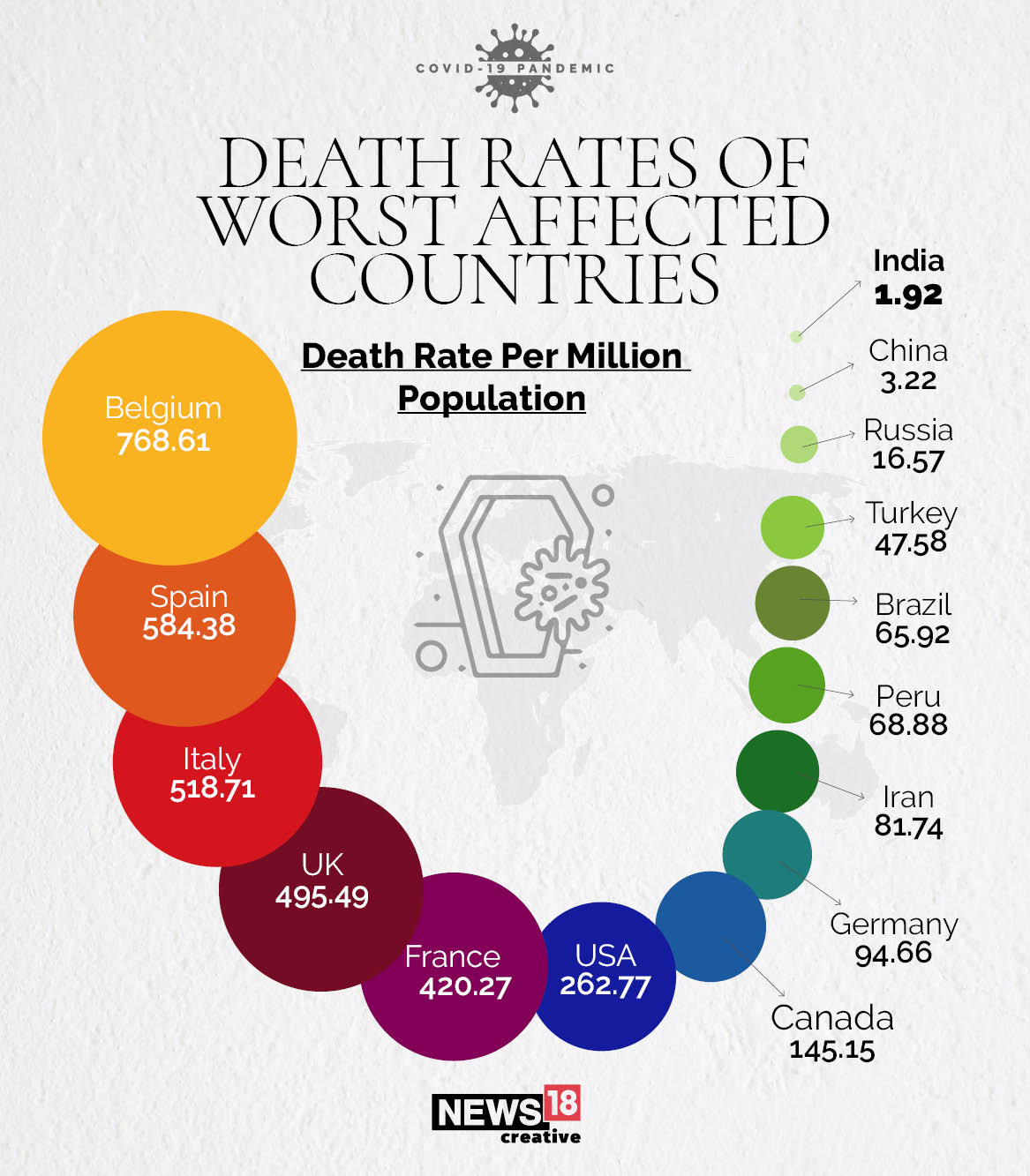 India’s Death Rate per Million Population (DR) of 1.92 as on May 15 is the lowest amongst the 15 worst affected countries who have registered a minimum of 50,000 cases. Yes, India has a massive population. But if we reverse the argument and things had gone horribly wrong for India, then this ‘massive population’ would have resulted in a massive number of deaths – which has not been the case. Thus, credit should be given that in spite of having such a humungous population, the country has been able to control the loss of lives, which is what matters in the end.

India's Lockdown 2.0 ended on May 3. Despite the easing of curbs, increase in testing, and the country being just a few weeks away from its peak, India’s DR  saw only a marginal increase from 1.29 on the May 7 to 1.92 on May 15.

India has still not touched 200 deaths on any single day. There has been no exponential rise in the week after Lockdown 2.0, as had been predicted by some experts. In fact, India has averaged approximately 110 deaths a day over the last five days – that is a stunning statistic given the stage of the novel coronavirus in India.

It is interesting that India has a better DR and Mortality Rate (MR) than even China despite the latter having a higher population and an authoritarian regime. The DR is very high for a country like Belgium which has a very low population but also a very high MR of 16.4%.

India’s MR of 3.23% is the fourth-lowest amongst the selected 15 countries only after Russia, Turkey and Peru. While there are many reports of under-reporting of deaths from Moscow and Istanbul, Peru might see its worst with the onset of winter in the southern hemisphere. As India increases its tests, the MR will further come down – this is because the number of cases rises at a much faster pace than the number of deaths.

Every loss of life is painful, but in the larger context, just 2,649 deaths for a country like India is nothing short of a miracle.