Postpartum Depression: Zooming in on The Silent Stressor Affecting The Lives of Mothers & Their Children!

Mothers are our real-life superheroes. But their battles against the forces of evil are often carried out silently and with a smile - deadly, when you understand what a formidable opponent Postpartum Depression (PPD) can be.

“A baby is born with a need to be loved - and never outgrows it.” But what if the best you can manage is getting out of bed in the morning? When every thought pulls you down, and your self-doubt is at its convincing best, you might want to curl up in a ball and disappear. But the world, and more importantly, your new born won’t let you.

Postpartum Depression is like fighting a fight you feel can never be won. It’s a mental illness that claws at your very soul and leaves you sapped of life. If knowledge is power, why are we seeing so many new mothers feeling defeated and powerless?

Mother and Youtuber, Karishma Birdy talks openly. “When I found out that I was going to be a mother, I was happy and excited to share this news with friends and family. Everyone told me how amazing it was and how wonderfully life-changing it was going to be. But not one person spoke up about the not so great parts that happen. There was no warning at all!”

Karishma went on to give birth and connected with her baby without any trouble. But as the days passed, she felt the light within her waning. She felt sad, lonely and completely worthless! As an otherwise effervescent and bubbly person, this was a complete shock.


Every time she felt low and helpless her thoughts ran to “What is happening? Why am I feeling like this?”

The only time she felt in control of herself was when she was with her baby. But a few hours alone and she’d be back in her shell that just seemed to sap her joy and energy. “My biggest problem was that I didn’t see, understand or accept what my body was telling me,” she says.

Karishma’s breakthrough came suddenly when she snapped out of her stupor one day and ran to her husband for help. “I hugged him and said I need help to feel normal again,” she says, her voice full of emotion. But her story is not the story of most women.

In our country, we grow up being taught to be self-reliant and asking for help is akin to admitting weakness and defeat. Not surprising then, that young first-time mothers are dealing with massive changes and don’t know what’s hit them if they start feeling more than just a case of the blues.

According to recent studies by the WHO, almost 20% of mothers in developing countries experience clinical depression after childbirth.

In developing nations outside India, about 15.6% of pregnant women and 19.8% of women deal with PPD after childbirth. In some cases, mothers who don’t get help and cannot function normally give up and end their lives. Suicide is an unfortunate but very real outcome of maternal depression.

First-time mother Usha Mukherjee had a C-section and low-weight twins. She was always anxious, had trouble sleeping and wasn’t being able to breastfeed her children. If she ever mentioned it most just passed it off as “normal”. “It’s a phase, they’d tell me. You’re just tired. Get some sleep, and you’ll be fine. But, between caring for twins and not being able to breastfeed my children, I felt like I was underwater with a weight tied to my foot,” she says, her eyes glistening with tears.

What was worse was her closest friends didn’t believe she needed help. “I remember my childhood friend - also a mother - telling me to ‘Stop complaining so much. Just go out for a walk or doing something fun. You’ll get over it in a few months’.”

Mothers need support and care, but unless people are aware, change won’t come fast enough. It doesn't make it easier that PPD does not have clear markers. Everyone's experience is so vastly different that diagnosing it can be very tough. “Months in and I couldn’t shake that cloud of gloom that hung over me.” Usha even got off social media for a while, because all the happy, smiling families were just making her feel worse. That thought that haunted her continuously - “Am I fit to be a mother?”

But, even celebrities are not exempt from PPD. Singer-songwriter superstar, Adele opened up publicly about dealing with PPD just months after her Grammy wins. In her interview with Vanity Fair, she explained that her experience was challenging because of the way she experienced it. She loved her baby but felt inadequate and like she had made the worst decision of her life. 
I had really bad postpartum depression after I had my son, and it frightened me … But also, I didn’t talk to anyone about it. I was very reluctant. …

A resident doctor at Drexel University in Philadelphia, Dr Aarya K Rajalakshmi advocates paying attention. “The challenge with most psychiatric problems is that they are all in a continuum, but PPD has certain features that mark the difference. When a woman continues to be despondent, gloomy, tearful, or irritable for more than two weeks, that’s when we start paying closer attention,” she says. 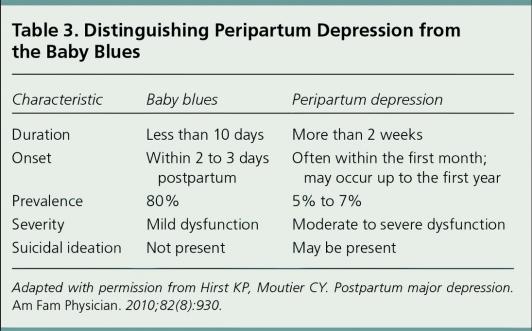 
According to a research study conducted at Era’s Lucknow Medical College in Uttar Pradesh, up to 85% of women can experience some transient mood disturbance post birth. However, the study showed 93% of subjects tested experienced serious PPD. Although high, in this case, it was attributed to the poor socio-economic condition of the state as well as the profile of the subjects - a mix of people from rural and semi-urban areas.

Mothers in this study showed high concern over child care, life stress, low self-esteem, low socio-economic status, prenatal depression, and anxiety. While not indicative of the entire country, the numbers even from this area are shocking and worrying at the least. But, is India equipped to deal with this and make a positive change?

Between 15-23% or 1 in 5 Indian mothers suffer from Postpartum Depression and close to 15% continue to suffer up to six months or more after delivery.

Despite India’s national mental health programme that was started in 1982, maternal mental health still doesn’t make it to the priority check-in line. Dedicated services are missing, and health and social workers lack the training necessary to help even if they wanted to.

Malaika D’Souza (31) is a stay at home mom and a survivor of postpartum anxiety. But she remembers clearly what it was like before diagnosis. “I thought I was going crazy. Feeling continuously sad, I'd go to the bathroom, hide from my howling baby and just cry without stopping,” she said. She didn’t see it coming, and because she didn’t think to share it with her doctor, it was diagnosed only after she seriously started contemplating suicide. “It’s not like you can take a blood test and figure out,” she says matter of factly. Currently, there is no approved or reliable screening tool and no sufficient data on perinatal women experiencing PPD in India. But that is changing.

Social media asks everyone to only put on their happy face, but the fact that more health institutions, NGOs, and news channels are talking about PPD is encouraging. While being a mother can be hard work and ultimately fulfilling, navigating its many gullies and dead ends sometimes require some very real help. This can only come from taking away the stain from mental illness. Being honest with ourselves, with other women and with our doctors and of course boldly going where no one dares to go is the need of the hour. The discourse on maternal depression is only getting started, and as it gathers steam, we can only hope, India is among those leading the way and paying tribute to the word that means the world to us “ma”!

(Some names may have been changed to respect the source's identity.)