With its new 6 series, realme announces itself as a leading contender in the midrange category

realme 6 Pro is inspired by lightning that penetrates clouds with orange lightning rolling up on sandstorms.

realme recently launched two smartphones in the midrange category called realme 6 and realme 6 Pro that pleasantly took us by surprise with its top-notch features and affordable pricing. Not just that, we were also happy to see the all-new realme Band with which the smartphone company has forayed into the wearable space. Here’s everything you need to know to be impressed by realme’s new smartphones and smart band. Smooth displays were the highlight of 2019’s flagship phones with the highest 90Hz smooth display on offer for high-end versions. The realme 6 has the same super sleek display on its large 6.5-inch screen with a 90.5% screen-to-body ratio for the best visual experience along with Corning Gorilla Glass for better protection.

Along with its MediaTek Helio G90T processor that combines the best of CPU, GPU, super-fast RAM and powerful AI, you can be sure of enjoying the best processor in the midrange category. Not just that, the realme 6 also supports 30W Flash Charge that fuels up the phone and charges it fully within 60 minutes.

To take that perfect picture, realme 6 has an impressive quad-camera featuring a 64 MP main camera, an 8 MP ultra-wide angle up to 119 degrees, a macro lens and a B&W portrait lens. On the video front, the cameras boast of features such as Real-Time Bokeh Effect Video, Ultra Wide-angle Video, UIS Video Stabilisation and future updates for 1080P/120fps slo-mo video recording and Sloop video editor. Regardless of the situation, you’re sure to click the best pictures and videos on realme 6’s latest quad camera setup.

The phone’s aesthetic is worth mentioning as well. With its design inspired from the comet that splits the night sky, realme 6 is designed to be extremely bright and fast. With its new optical plating technology, the brightness and saturation of the color are increased by 60% and 50% respectively.

realme 6’s future update also includes support for DocVault, the personal information platform that’s part of Digital India that will make physical IDs obsolete. Add to it the phone’s UI based on Android 10, and you have an enhanced and close to stock Android experience.

realme 6 also boasts of three card slots, two of which can be used for SIM cards and another to expand storage up to 256GB. The phone is also effectively waterproof because of its sealed silicone protection that guarantees you extra protection from splashes. At its starting price point of INR 12,999 and with all the mentioned features, the realme 6 is a steal at its price. The smartphone is available in 3 memory variants: 4GB+64GB priced at INR 12,999, 6GB+128GB priced at INR 14,999 and 8GB+128GB priced at INR 15,999 and two colour options – comet white and comet blue. 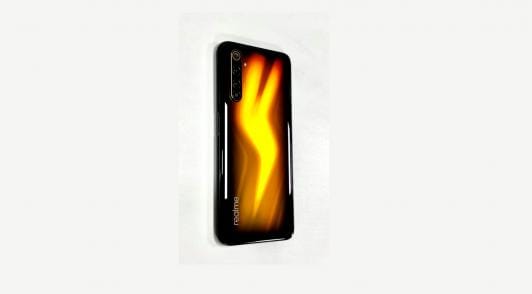 The realme 6 Pro boasts many of the features of its cousin realme 6 such as 90Hz display, 64MP AI Quad Camera, 30W Flash Charge, three card slots and realme UI based on Android 10. It’s biggest clincher is that the smartphone is the first in the world to ship with the Qualcomm Snapdragon 720G processor. realme 6 Pro also comes with, wait for it, SIX cameras in all total, including dual wide-angle front cameras and 64MP quad rear camera with 20x hybrid zoom capabilities. Not just that, it is also equipped with Super Nightscape 3.0 with Tripod Mode and Ultra Nightscape Mode for superb low-light pictures. The smartphone also boasts Corning Gorilla 5 for screen protection and three waterproof layers. 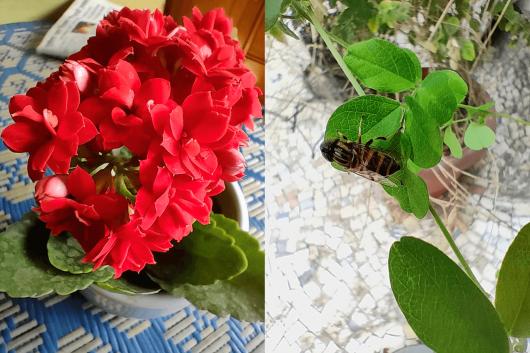 realme 6 Pro is inspired by lightning that penetrates clouds with orange lightning rolling up on sandstorms. The company has applied UV-curing offset printing technology for the first time ever after hundreds of re-adjustments on the realme 6 Pro to arrive at its final chic design. 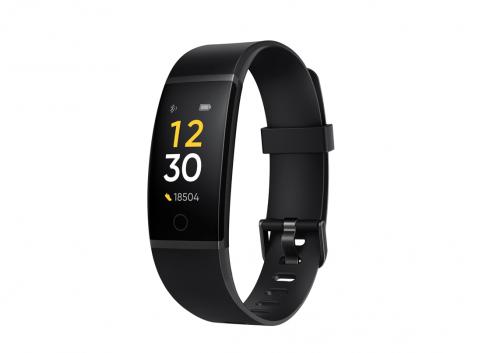 With the realme Band, the world’s fastest growing smartphone company has ventured into the domain of wearables with a bang! The brand has launched the most functional smart band in its segment in India with some eye-catching features like a 2.4cm (0.96’’) large colour display, real-time heart rate monitor, USB direct charge, smart notifications, intelligent sports tracker, personalized dial face, sleep quality monitor and the realme Link App where all the data syncs together.

The band is priced at INR 1,499 and comes in three stylish color strap options: black, yellow and green. The smart Band is an ideal must-have accessory to monitor your health in today’s uncertain times, and that too without burning a hole in your pocket.

Whether you select the realme 6 or the 6 Pro, adding the realme smart Band just makes sense as a complete package for your health and wealth – two critical things that we all need to safeguard.