Yngwie Malmsteen Was Challenged to Smash yet another Guitar, but This Time He Failed

Yngwie Malmsteen who is a master of neo-classical heavy metal has worked in 30 albums and has been smashing guitars on stage for 30 years now.

Yngwie Malmsteen who is a master of neo-classical heavy metal has worked in 30 albums and has been smashing guitars on stage for 30 years now.

The legendary guitarist Yngwie Malmsteen known for being the fastest guitarist at one time is also famous for one more thing. Smashing guitars after every performance! We’ve all seen him giving impeccable performances and then smashing his guitar into pieces. This time was different though.

Sandvik, a global engineering company decided to test its cutting-edge technology by building the world’s first unbreakable metal guitar. And there was no better choice than Malmsteen to put it rightfully to the test. He performed in a rock club outside Miami, exceptionally as always, but then came the smashing bit…

On trying to break it open after the end of the performance, the instrument refused to budge, Malmsteen held it up in his hands since it visibly became a show stealer. 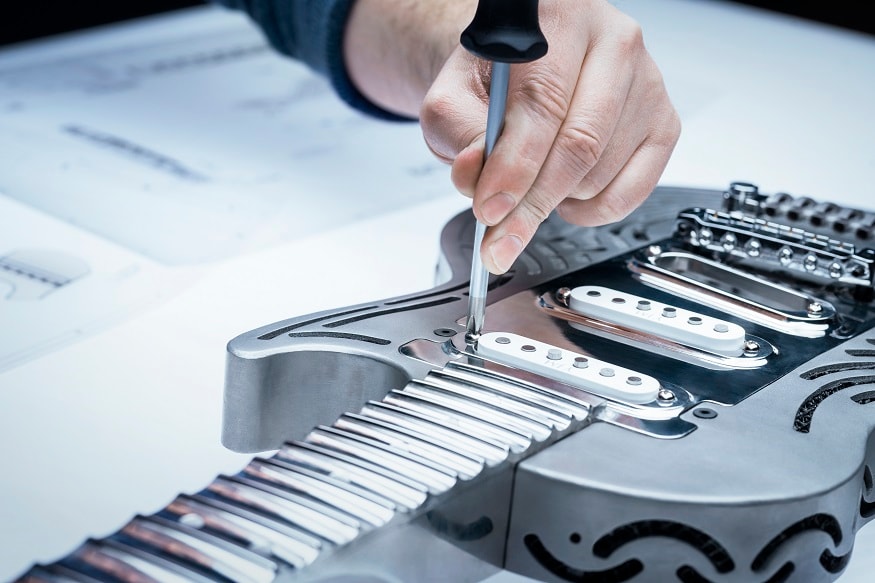 Klas Forsstrom, the President of Sandvik Machining Solutions said “We don’t make products for consumers, so people don’t realize how far in the forefront our methods are. Creating a smash-proof guitar for a demanding musician like Malmsteen highlights the capabilities we bring to all complex manufacturing challenges.”

Malmsteen who is a master of neo-classical heavy metal has worked in 30 albums and has been smashing guitars on stage for 30 years now. After testing the guitar he said, “this guitar is a beast! Sandvik is obviously on top of their game. They put the work in, they do their hours, I can relate to that… the result is amazing. I gave everything I had, but it was impossible to smash.”

The engineers at Sandvik collaborated with a renowned guitar designer Andy Holt from Drewman Guitars to make a beast fit for Malmsteen. When asked about how they went about designing it he said, “We’ve had to innovate from the top down. There’s not a single part of this guitar that has been made before. It’s a piece of art, really. You could use the guitar as a hammer and it wouldn’t break.”