"The word which is used is 'virgin'. It means unmarried girl, maiden. I don't think these words are not objectionable."

According to Bihar Health Minister Mangal Pandey, ‘virgin’ means the same as ‘unmarried’ and ‘pure’, and hence Patna's Indira Gandhi Institute of Medical Sciences did “nothing wrong” when it asked applicants to declare their virginity.

“Virgin, as per the dictionary, means an unmarried and pure girl. So all these words are not objectionable,” Pandey said.

2. I am married and have only one wife living.

Needless to say, this isn’t the first time an Indian politician has put their foot in mouth with their controversial remarks and created unnecessary sh*t storms. For the uninitiated, our politicians are notorious for making absurd misogynistic, sexist, racist comments and made news, leaving us often confused whether to doubt their sanity or laugh at their naivety.

1. Boys will be boys, they commit mistakes

In April 2014, while opposing death penalty to three men convicted in a gangrape case, Samajwadi Party supremo Mulayam Singh Yadav had said, "boys will be boys, they commit mistakes."

He had even blamed the girls for rape saying that girls get friendly with boys and when they fight and have differences, they term it as rape. And if you thought the horror was over, later next year in 2015, Yadav made yet another shocking and insensitive statement, stating that the law and order situation in Uttar Pradesh is better than all other states.

2. We have black people all around us

In April 2017, BJP’s former Rajya Sabha member and president of the India-Africa Parliamentary Friendship Group -- Tarun Vijay kicked a storm by calling South Indians “blacks” while participating in an Al Jazeera show on the recent racist attacks in India.

On March 27, at least nine Africans were seriously injured in mob violence in Greater Noida in a fallout of March 24’s raid on Nigerian students by local people who accused them of cannibalism. “If we were racist, why would we have all the entire South (India) which is… you know Tamil Nadu, you know Karnataka and Andhra… why do we live with them? We have black people all around us,” Vijay said in response to Mahesh Shantaram, a Bengaluru-based photographer who said he found Indians to be racists.

In June 2015, Prime Minister Narendra Modi courted a controversy by his sexist remark while delivering a lecture at Dhaka University in Bangladesh when he congratulated Bangladesh PM Sheikh Hasina for "boldly saying that she has zero tolerance towards terrorism," "despite being a woman". Naturally, the remark irked the social media users giving rise to the hashtag -- #despitebeingawoman which trended for several days on Twitter.

"She believes in Gandhian philosophy, is simple, honest. She meets everybody and visits villages. After a few interactions, politicians have the ability to know who is fake and who is genuine. I am an old jeweller, she is 100% desirable object/pure item)."

In 2015, Karnataka's then Home Minister K J George stoked a controversy with remarks suggesting that two men raping a woman cannot be termed as gang rape, drawing severe flak from parties and activists. He made the insensitive and controversial statement when the media asked him about the rape of a BPO employee. The 22-year-old girl was gang raped by the driver & helper of the tempo traveller. The incident took place in South East Bengaluru when the girl was returning from work around 10 pm.

In 2013, West Bengal Chief Minister Mamata Banerjee said in Kolkata that the rising number of rape cases was connected to increasing population. "You say rape incidents are on the rise. But the population is also swelling. Is the population in the state the same as it was during the tenure of (the state's second chief minister) BC Roy?" she said.

In October 2012, while speaking at a programme in the city, Banerjee had accused the media of glorifying rape and pointed to the more permissive society.

"Earlier, if men and women held hands, parents would reprimand them. Now everything is done openly. It's like an open market with open options," Banerjee had said.

While speaking at a poetry meet, former Union Coal Minister Sriprakash Jaiswal had said that the women lose their charm after a few years of marriage. "A fresh win and a new marriage are important in their own way. As time passes, the joy of the victory fades, just like a wife becomes old and loses her charm."

8. Rapes occur in India, not Bharat

In 2013, Mohan Bhagwat, chief of the right-wing RSS or Rashtriya Swayamsevak Sangh (RSS) said that the rapes are an urban crime caused by westernisation, and do not happen in rural India rich with traditional values. 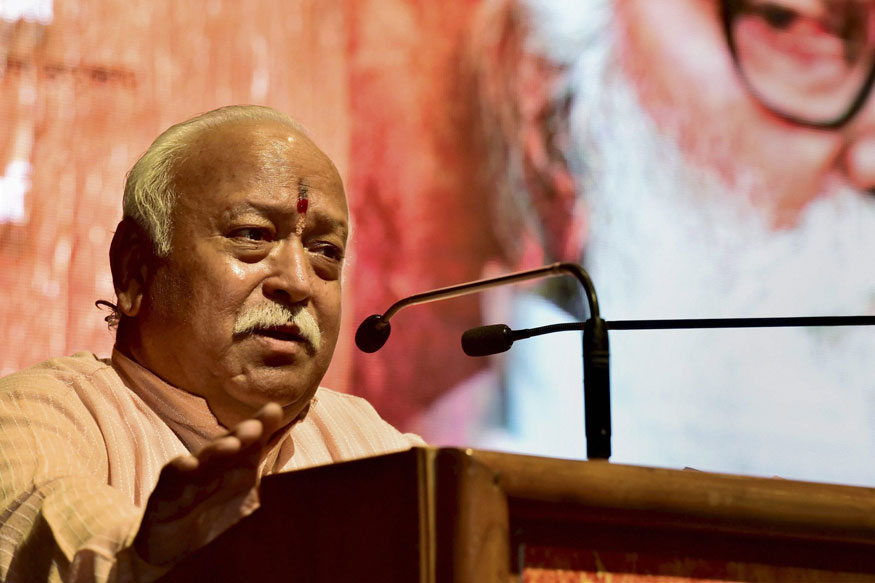 "Crimes against women happening in urban India are shameful. It is a dangerous trend. But such crimes won't happen in "Bharat" or the rural areas of the country. You go to villages and forests of the country and there will be no such incidents of gang-rape or sex crimes."

He added, "Where "Bharat" becomes "India" with the influence of western culture, these type of incidents happen. The actual Indian values and culture should be established at every stratum of society where women are treated as 'mother'."

9. Punish women too in rape cases

In 2014,  SP's state president Abu Azmi attracted criticism for his statements about rape survivors. He said, "If a woman is caught (in a rape case), then both she and the boy should be punished. In India, there is death penalty for rape, but when there's consensual sex outside marriage, there's no death penalty against women." 10. Electricity in villages will curb population

In 2009, Former Health and Family Welfare minister Ghulam Nabi Azad said that the best way to curb India’s population growth is to provide electricity to Indian villages so that couples spend their time watching TV instead procreating and increasing the population. “In olden days people had no other entertainment but sex, which is why they produced so many children. Today, TV is the biggest source of entertainment. Hence, it is important that there is electricity in every village so that people watch TV till late in the night.”

He further added, “By the time the serials are over, they’ll be too tired to have sex and will fall asleep. Then they won’t get a chance to reproduce. When there is no electricity, there is nothing else to do but produce babies.”