"You say rape incidents are on the rise. But the population is also swelling."

Women aren't safe in India. Pick up a newspaper or randomly switch to any news channel on your television set, there is a good chance you'll come across yet another case of sexual harassment of a woman, a minor or even an infant.

In such times, you expect the people in power to take crucial steps towards women safety or at the least be sensitive while speking about the horrifying cases that surface every day. Instead, they end up justifying the sexual harassment with their bizarre and clueless explanations while some simply choose to blame the victim.

A 29-year-old woman recently alleged that she was followed by Haryana BJP chief Subhash Barala's son Vikas Barala and his friend Ashish Kumar.

CHANDIGARH STALKING: The girl should not have gone out at 12 in the night: Ramveer Bhatti, Chandigarh BJP V-P pic.twitter.com/ngYsZrDLJD — News18 (@CNNnews18) August 7, 2017

CCTV footage from five locations in the stalking case involving the son of BJP Haryana president's son was missing, police said Monday, while the party's state unit blamed the victim for driving "so late in the night".

While talking to CNN-News18 BJP state vice president Ramveer Bhatti said, "The girl should not have gone out at 12 in the night. Why was she driving so late in the night? The atmosphere is not right. We need to take care of ourselves."

This isn't the first time a politician has made a foot-in-the-mouth statement. Sexist, misogynist, and insensitive statements go hand in hand with some politicians in our country.

Here's a bunch of such bizarre statements that will make you bang your head against the desk.

There was a wave of shock and horror across the country after the gruesome 2012 gang rape in Delhi. Massive protests were held in the capital. President Pranab Mukherjee's son Abhijeet Mukherjee casually slipped in his sexist remark claiming that the women participating in the protests were "pretty women who were dented and painted". 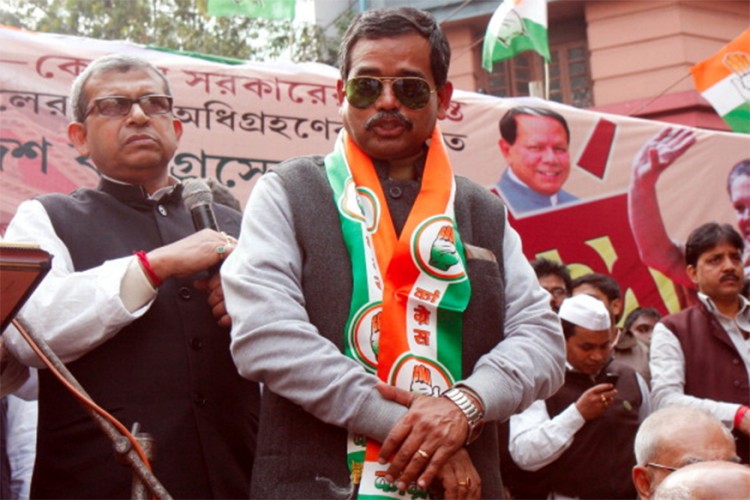 In an interview to ABP Ananda, Mukherjee said, "These pretty women, dented and painted, who come for protests are not students. I have seen them speak on television, usually women of this age are not students."

2. Boys will be boys, they commit mistakes

In April 2014, while opposing death penalty to three men convicted in a gangrape case, Samajwadi Party supremo Mulayam Singh Yadav had said, "boys will be boys, they commit mistakes."

He had even blamed the girls for rape saying that girls get friendly with boys and when they fight and have differences, they term it as rape. In 2015, Karnataka's then Home Minister K J George stoked a controversy with remarks suggesting that two men raping a woman cannot be termed as gang rape, drawing severe flak from parties and activists. He made the insensitive and controversial statement when the media asked him about the rape of a BPO employee. The 22-year-old girl was gang raped by the driver & helper of the tempo traveller. The incident took place in South East Bengaluru when the girl was returning from work around 10 pm.

4. Rapes occur in India, not Bharat

In 2013, Mohan Bhagwat, chief of the right-wing RSS or Rashtriya Swayamsevak Sangh (RSS) said that the rapes are an urban crime caused by westernisation, and do not happen in rural India rich with traditional values. "Crimes against women happening in urban India are shameful. It is a dangerous trend. But such crimes won't happen in "Bharat" or the rural areas of the country. You go to villages and forests of the country and there will be no such incidents of gang-rape or sex crimes."

He added, "Where "Bharat" becomes "India" with the influence of western culture, these type of incidents happen. The actual Indian values and culture should be established at every stratum of society where women are treated as 'mother'."

5. Punish women too in rape cases In 2014, SP's state president Abu Azmi attracted criticism for his statements about rape survivors. He said, "If a woman is caught (in a rape case), then both she and the boy should be punished. In India, there is death penalty for rape, but when there's consensual sex outside marriage, there's no death penalty against women."

In 2013, West Bengal Chief Minister Mamata Banerjee said in Kolkata that the rising number of rape cases was connected to increasing population.

"You say rape incidents are on the rise. But the population is also swelling. Is the population in the state the same as it was during the tenure of (the state's second chief minister) BC Roy?" she said. In October 2012, while speaking at a programme in the city, Banerjee had accused the media of glorifying rape and pointed to the more permissive society.

"Earlier, if men and women held hands, parents would reprimand them. Now everything is done openly. It's like an open market with open options," Banerjee had said.

7. Women shouldn't venture out in dark 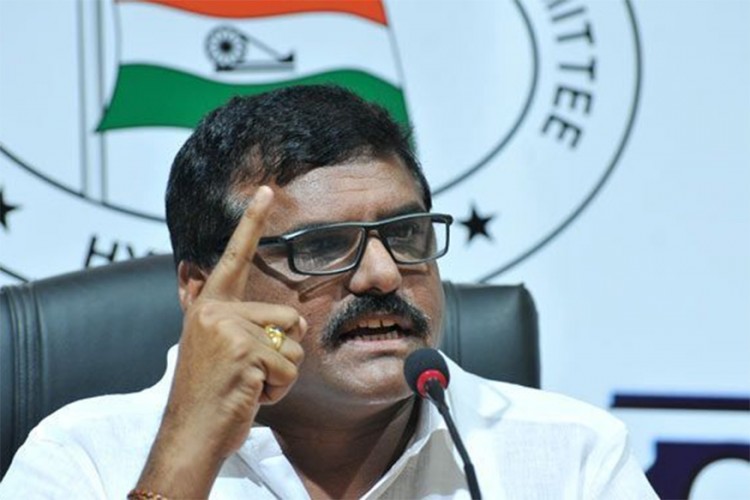 After the raging protests against the gang-rape of Delhi girl, former Andhra Pradesh Congress chief Botsa Satyanarayana unmasked his "dark" side, saying, "Just because India achieved freedom at midnight does not mean that women can venture out after dark. They should ensure that they do not board buses with few passengers."

8. Boys and girls should marry at an early age to decrease incidents of rape

Haryana's former chief minister Om Prakash Chautala backed the theory made by khap panchayat in 2012. A member of one khap panchayats had come out with a bizarre suggestion that the marriageable age limit for women should be abolished, and girls should be married off as early as possible to decrease incidents of rape. "Boys and girls should be married by the time they turn 16-year-old, so that they do not stray... this will decrease the incidents of rape," Sube Singh, a Khap representative, had said earlier.

To which Chautala said, "People used to marry their girls to save them from Mughal atrocities and currently a similar situation is arising in the state. I think that's the reason khap has taken such a decision and I support it."

9. I will send my boys and they will rape people Actor and TMC MP Tapas Pal was caught on tape threatening to let loose rapists on his opposition, during a speech in a Choumaha village in West Bengal. Pal said, "If anyone from opposition or their wives and sisters are here, then listen up, if any one of your people touch anyone from TMC I will destroy you, I will not spare them. I will send my boys and they will rape people." 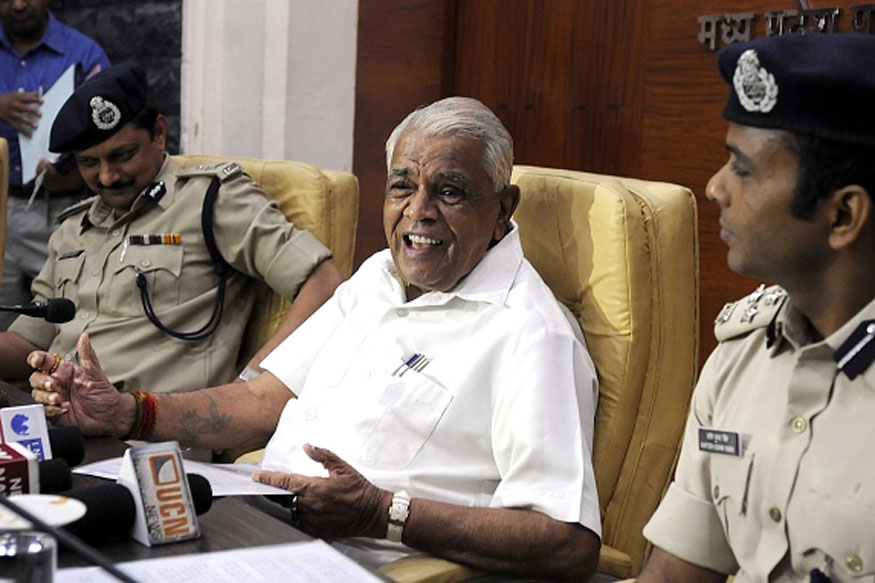 After the horrific Badaun rapes in 2014, there was a slew of insensitive remarks from some of the most senior politicians in India. SP Chief Mulayam Singh Yadav was seen warming up to rapists by saying 'boys make mistakes' before the general elections and UP CM Akhilesh Yadav was seen live on TV telling a female journalist that she was safe when questioned about the safety of women in the state.

To add to the misery, home minister of MP Babulal Gaur was quoted saying, "This is a social crime which depends on men and women. Sometimes it's right, sometimes it's wrong."

11. Should have committed rape after the elections Former home minister RR Patil drew ire from across the country after making a controversial remark. Three days before the Maharashtra assembly elections 2014, NCP leader RR Patil had stirred up a controversy by making a shocking statement at a rally in Sangli.

Patil said that a certain MNS candidate Sudhakar Khade charged with rape should have committed the crime after the elections.

He said, "When I spoke to people here (Sangli), they said they supported me. When I asked why, they said because our candidate from the MNS is in jail because he has been accused of rape." To which, Patil replied, "If he wanted to contest from this seat and become an MLA, he should have committed the crime after the elections."

12. Ninety per cent of rapes are consensual Haryana Pradesh Congress Committee (HPCC) member Dharamvir Goyat brought up an embarrassment for the government by terming the "majority of rapes in the state as consensual".

Goyat made this comment while interacting with media-persons at Hisar.

"If we go into the details of rape cases and abductions, it is found that victims and accused in 90% of cases are runaway couples. So the cases are consensual", he said.

13. Chowmein leads to hormonal imbalance evoking an urge to indulge in such acts And you thought a plate of greasy chowmein leads to only bad stomach? Think again. After a series of 19 rapes happening within 30 days, Haryana Khap Panchayat Leader had a rather unusual explanation that you may not digest well. According to one of its "study's" findings, chowmein was one of the culprits.

Chhatar explained, "Chowmein leads to hormonal imbalance, evoking an urge to indulge in acts such as rape and sex. You also know the impact of chowmein, which is a spicy food, on our body. Hence, our elders too advised to eat light and nutritious food."

14. If women dress provocatively, then rapes are not in the control of the police In 2011, Dinesh Reddy, former police chief of Andhra Pradesh blamed the "provocative" dresses for rapes. He said, "Now, wealth has increased, corporate styles have seeped into the villages bringing in liquor and other cosmopolitan cultures."

"These modern women are more vulnerable to rapes.

He further added, "When you are taking food which gives good josh (energy), you tend to be more naughty as time passes. I am giving you down-to-earth facts. Rapes are not in the control of the police. Even the villagers from coastal Andhra are wearing salwar-kameez (as against traditional dress). All these things provoke."