A day after sacked Delhi minister Kapil Mishra alleged corruption in the government, including the water tanker scam, the Aam Aadmi Party (AAP) hit back at the rebel leader.

New Delhi: A day after sacked Delhi minister Kapil Mishra alleged corruption in the government, including the water tanker scam, the Aam Aadmi Party (AAP) hit back at the rebel leader. Senior AAP leader Sanjay Singh furnished a letter that Mishra wrote in 2016, in his capacity as state water resources minister, in which he had claimed that the Anti-Corruption Bureau (ACB) was under pressure to book Kejriwal in the water tanker scam.

The alleged Rs 400 crore scam is related to irregularities while hiring around 385 private water tankers to supply water in areas without access to piped water. The corrupt activities are said to have taken places five years ago, in 2012, when Sheila Dikshit was the chief minister and the head of the Delhi Jal Board. 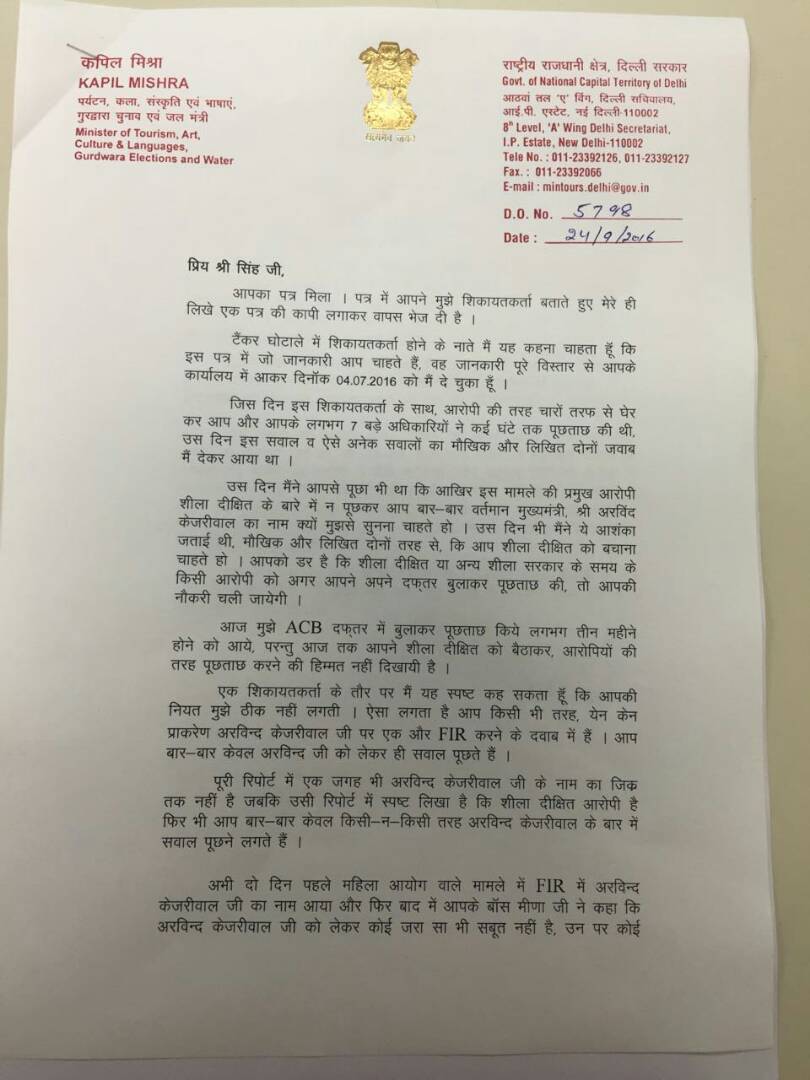 In June 2016, the ACB registered an FIR in connection with the scam. Not only was Dikshit booked, but Kejriwal was also named in the FIR. The complaint against Kejriwal was filed by Bharatiya Janata Party (BJP) legislator Vijay Goel for “delaying the probe and not cancelling contracts” of water tankers.

In September last year, Mishra, in a letter to the ACB officer Mahendra Pal Singh, had written, “I had asked you that day why you were not asking me questions about main accused Sheila Dikshit and instead were asking me about the present Chief Minister Arvind Kejriwal. I had made my suspicions clear, in both written and oral form, that you were trying to protect Sheila Dikshit somehow. You are afraid that you will lose your job if you call Sheila Dikshit or one of the officials from her time. It has been three months since you called me to the ACB office for questioning. Yet, you have not had the courage to call Sheila Dikshit in for questioning.”