Agitation in Hills Will Not Stop Till Gorkhaland is Achieved: Gurung

GJM supremo Bimal Gurung on Saturday said that the agitation in Darjeeling hills will not stop until and unless a separate Gorkhaland in achieved and warned the TMC not to play with fire.

Darjeeling (WB): GJM supremo Bimal Gurung on Saturday said that the agitation in Darjeeling hills will not stop until and unless a separate Gorkhaland in achieved and warned the TMC not to play with fire.

He, however, regretted that the tourists who were visiting the hills faced inconvenience on Friday due to the 12-hour strike called by GJM in protest against the alleged imposition of Bengali language in schools in the hills as well as for a separate Gorkhaland.

Many of them cut short their vacation and returned to Siliguri on their way back.

"We are sorry for the inconvenience that the tourists faced yesterday. We are not in favour of violent agitation or shutdown. But if the TMC wants to play with fire then they will regret it. Our agitation will be a democratic one and it will not stop until and unless Gorkhaland is achieved," Gurung said.

He alleged that West Bengal Chief Minister Mamata Banerjee was trying to practice "divide and rule" politics in the hills to establish political hegemony. 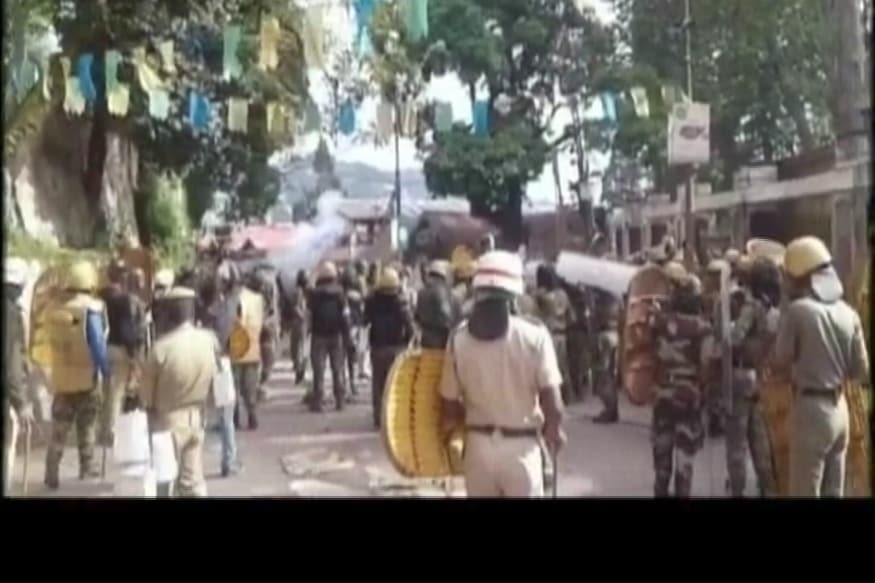 A file photo of clashes between GJM supporters and police. (Screengrab from CNN-News18)

"The state government is trying to undermine the authority of the GTA. Who gave the state government the right to arbitrarily announce audit into GTA accounts? TMC is violating the GTA pact. It wants to establish political supremacy in the hills. But they will fail.

"As along as the GJM is there the TMC will not be able to set its foot in the hills," he said.

GJM chief Bimal Gurung had on Friday challenged Banerjee to stop the agitation in the hill and said that it was his writ that "runs in the hill". He also projected himself as the "chief minister of the hills".

Meanwhile, the TMC on Saturday conducted a peace rally in the hills and demanded immediate restoration of normalcy in the area.