Amar Singh: A Wily Politician Without Frontiers Who Had Friends across The Spectrum

For someone who came from a humble background in Azamgarh, Singh remained the de facto number two in the SP for more than a decade.

When Amar Singh underwent his first kidney transplant in 2009, a chartered plane full of who's who in Delhi and Mumbai flew down to Singapore to meet the convalescing leader. On board were some top politicians, corporate honchos and lawyers.

Despite been vanquished by the Congress in the Lok Sabha polls just a few months back, Singh’s influence in the power circle had not waned a bit. The Samajwadi Party (SP) had lent support to help the Manmohan Singh government survive the floor test only to edge out Mulayam Singh Yadav and the Bahujan Samaj Party (BSP) in Uttar Pradesh to emerge as the single largest party in the state.

At the prime of his political influence, those were heady days for Singh. He was a politician sans frontiers. Someone who had friends in all parties. Including the Left.

Singh would visit former President APJ Abdul Kalam to understand the benefits of the nuclear deal along with fellow general secretary Ram Gopal Yadav. And explain with all seriousness at his command to a posse of TV journalists why his party had decided to back the Congress government at the Centre. 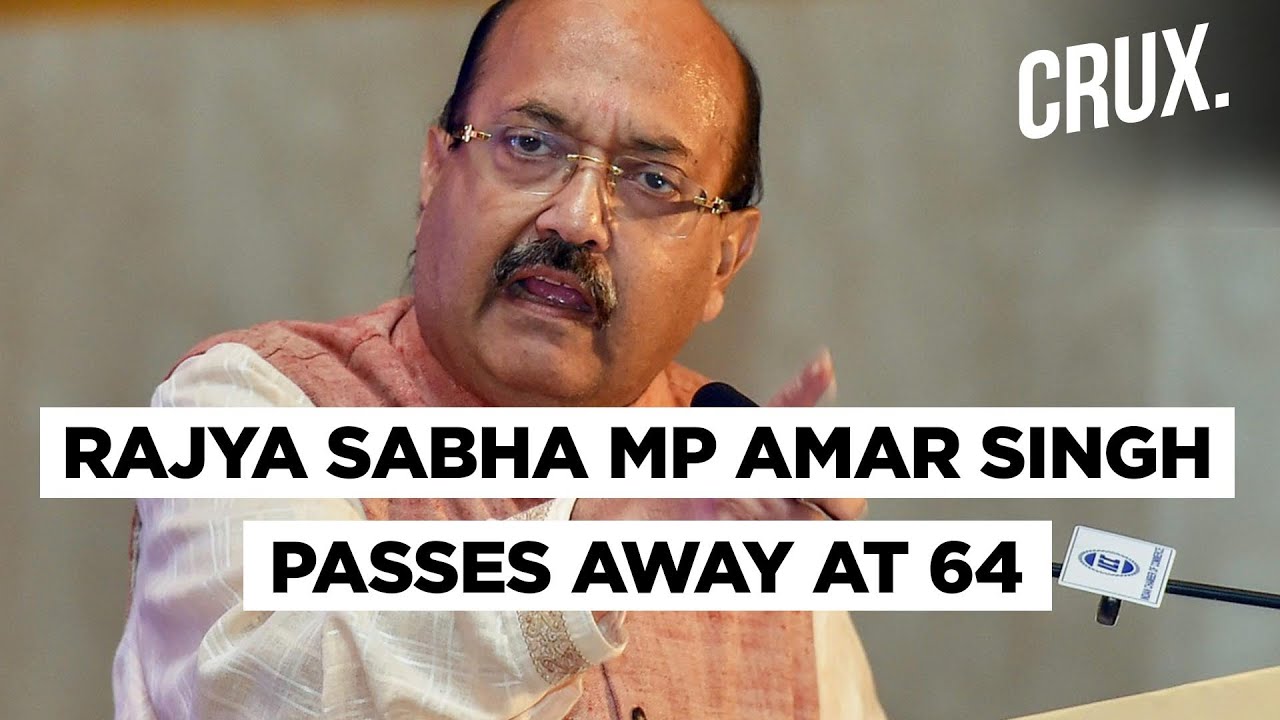 For someone who came from a humble background in Azamgarh, Singh remained the de facto number two in the SP for more than a decade.

His presence in the party served a twin purpose for Mulayam Singh Yadav. By promoting Singh, the SP chief kept in check any leadership challenges, especially from his contemporaries. Both Beni Verma and Azam Khan left the party after a protracted battle with Singh.

And most importantly, Singh brought with him both corporate heft and star cast to a regional party at a time when elections were becoming increasingly expensive.

​Singh learnt the ropes of politics in the Congress when he got in touch with former UP Chief Minister Veer Bahadur Singh. Before joining Mulayam Singh Yadav, Singh was also associated with Madhav Rao Scindhia for a short period.

His differences with Mulayam Singh Yadav emerged as the latter set out to hand over the reins of his party to his son Akhilesh Yadav after the 2012 victory in the assembly polls. The generational shift of power also ushered in a transition at the periphery.

By 2014, Amar Singh had left the SP to contest the Lok Sabha polls from Ajit Singh’s Rashtriya Lok Dal (RLD).

In the battle to wrest control over the party ahead of the 2017 assembly polls, Amar Singh had put in his weight behind Mulayam Singh Yadav’s younger brother Shivpal.

With the BJP firmly in the saddle in UP and at the Centre, and with his health failing, Amar Singh could never really engineer a turnaround.

His second kidney had also developed complications when he returned to Singapore’s Mount Elizabeth Hospital and Medical Centre ahead of the March lockdown due to Covid-19 pandemic.

This was the same hospital where he had undergone his first successful kidney transplant in 2009. When a plane load of who's who of India travelled to wish him a speedy recovery.

When Amar Singh breathed his last on Saturday, his wife and twin daughters were by his side.