Jana Sena chief Pawan Kalyan, too, has stepped up protests over the special status demand, launching an Andhra-wide padyatra.

Hyderabad: Five MPs from the YSR Congress resigned from the Lok Sabha on Friday, while the Telugu Desam Party, Pawan Kalyan’s Jana Sena and Left parties stepped up protests over the demand for special status to Andhra Pradesh. 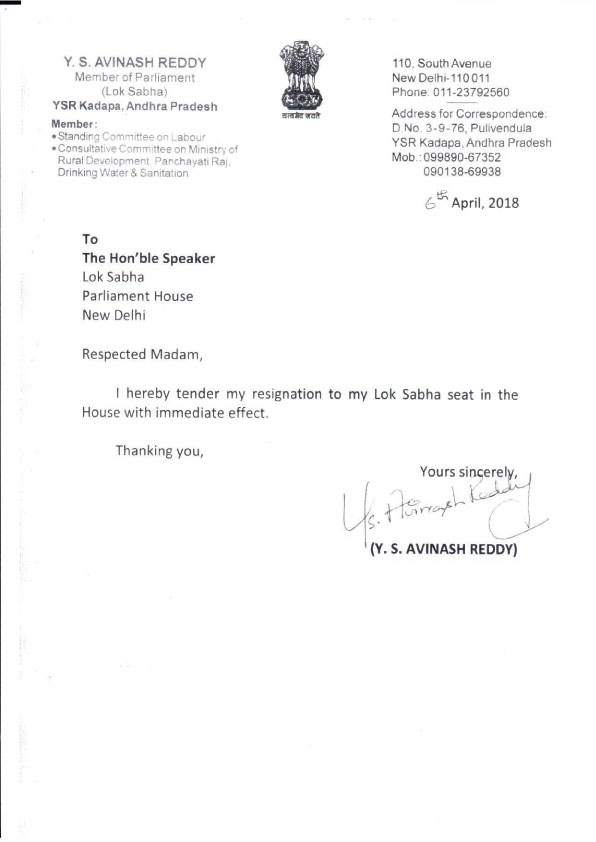 YSR Congress chief Jagan Mohan Reddy challenged regional rival TDP to do the same and announced that the party lawmakers would sit on indefinite strike at Andhra Bhavan in New Delhi. He also announced a "relay hunger strike".

We do as we say! YSRCP MPs are submitting their resignations today. I challenge @ncbn to make TDP MPs resign and stand united with the people of AP in their rightful demand of special category status for Andhra Pradesh.— YS Jagan Mohan Reddy (@ysjagan) April 6, 2018

YSRCP MPs will go on an indefinite hunger strike at AP Bhawan, Delhi while we will observe relay hunger strikes across the state. We continue to stand in solidarity with the people of AP in their fight for Special Category Status!— YS Jagan Mohan Reddy (@ysjagan) April 6, 2018

While the Lower House — which saw no productive business this session — has been adjourned sine die, the TDP, which is in power in Andhra Pradesh, has asked its MPs to stay put in the national capital.

"If Parliament is adjourned sine die, meet the President. The BJP is acting on divide and rule. The people of Andhra have already rejected the BJP. Soon, the BJP will not be accepted by the entire country,” TDP supremo and Andhra CM Chandrababu Naidu reportedly told his MPs.

TDP lawmakers, in fact, continued to raise slogans in from the PM’s chair in the Lok Sabha even after it was adjourned on Friday. Dressed in yellow as per the party leadership’s instructions, the MPs also staged a protest outside Parliament, with Siva Prasad, who is known to turn up in different costumes, protesting as sage Vishvamitra.

The MPs also staged a protest in the Speaker's chamber, though Sumitra Mahajan wasn' present.

Back in Andhra, the party staged Cycle Yatra, with the CM and his cabinet colleagues riding bicycles to the Assembly.

The YSR Congress and the TDP, which walked out of the BJP-led NDA, had given notices for no-confidence motion in the Lok Sabha. But continued ruckus prevented the notices from being taken up.