As Aggrieved Masses Take to Social Media, is BJP’s Digital Edge Being Blunted & are Rivals Catching Up?

The ruling party in recent days has been hit by a series of social media drives focused on issues like unemployment, new farm bills. BJP's rivals, particularly Congress and SP, have tried to tap into these apparently people-driven campaigns.

For the past three weeks, the going has been quite tough in the virtual world for the Bharatiya Janata Party (BJP), the champion of digital media in India. The party which had been the pioneer in the use of social media for carrying out the most articulate and impactful political campaigns and building a massive support base has now been confronted by a series of social media drives, including the dislike campaign on Prime Minister Narendra Modi’s Mann ki Baat episode that aired on August 31.

What catches the eye and should be a cause for worry for the saffron party and its leaders is that none of these popular campaigns including the ones with hashtags like #5baje5minute, #9baje9minute, #Nationalunemploymentday, etc, had been planned or executed by the opposition political parties. All of these trends were driven by students and youths from across the country.

The question is are these apparently autonomous, self-built campaigns indications of a new wave on social media. One that is reflecting some sort of changing political mood and larger demographic change in the digital world. The question also arises as to what it means politically and how much hope can opposition parties draw from these new trends. The BJP's rivals, particularly the Congress and Samajwadi party in Uttar Pradesh, have tried to tap into these campaigns and build a new hold among certain sections of the populace. 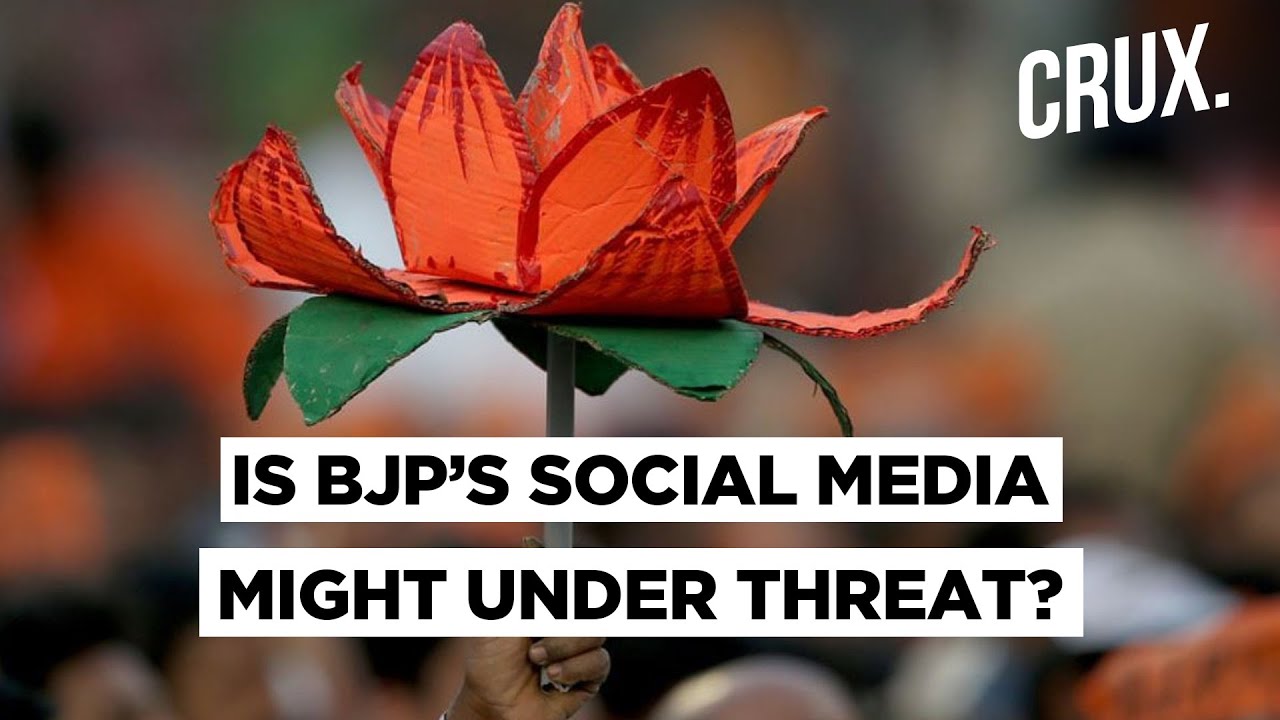 Clearly, in the past five years, the number of internet users has more than doubled in the country. Data suggests that by the time India goes to the next general elections in 2024, this figure would be touching around 93 crore. Another interesting data shows that Indians have also been warming up to the use of social networking and microblogging sites.

In comparison to 2015, the number of social networking site users has more than doubled in 2020. In 2015, only 14.22 crore Indians had a presence on networking and microblogging sites like Facebook and Twitter. In 2020, this number stands at 37.6 crore and is expected to grow by another 10 crore till 2024.

Research data online shows that as of now Indians are the biggest users of Facebook. While 29 crore Indians use the social networking behemoth, in the United States of America, where it was born, the number of users stands at 19 crore. When it comes to Twitter, around 1.7 crore Indians are using it, the number being the third highest after the US and Japan.

WHAT IT CAN MEAN POLITICALLY

In a country of such stark demographic differences, often strongly defined by caste, religious and linguistic lines, urban-rural and rich and poor divide, democratisation of internet usage and ever increasing easy access to data services can clearly make a lot of difference. Sociologists feel it means a greater voice for the people at large. Deprived and discriminated sections of society are quickly understanding the importance of the internet and social media platforms.

Dr Pradeep Sharma, a Lucknow-based prominent sociologist who is also studying the expansion and changing demographic profile of internet users, says, “From 2018 to this day, a series of events and protests spiralled through use of social media, which reflects a radical change. In 2018, the first big instance of collective use of internet and social communication tools like WhatsApp, Facebook and Twitter was seen in the massive mobilisation for changes in the SC/ST Act. The Bharat Bandh call was not given by mainstream political parties or Dalit groups. The protest was largely mobilised by unrecognised faces and lesser-known groups through social media. Now in 2020, amid a big impact on the economy following the lockdown, increasing joblessness, campaigns and protests are again being increasingly built through social media. Clearly, there is a new class of Indian citizens that has arrived on the digital platforms and is increasingly getting used to promulgating its issues and politics.”

It will become more and more difficult for the mainstream political and social forces to continue with their dominance in structuring and defining regional or national political discourse. Attempts to superimpose or unilaterally steer an agenda or policy will be met with resistance at least on social media. Maybe this democratisation of social media is the reason why parties, when in power, seem eager to control it and are increasingly becoming uncomfortable with platforms like Twitter and Facebook.

CONCERNS FOR BJP, HOPE FOR OTHERS?

Top sources within the BJP and RSS indicate concern towards the changing demography of social media. To even a normal observer it is clear beyond doubt that the BJP’s defining edge over digital platforms has taken a hit over the past few years.

There are two reasons for it. Firstly, the internet usage has fast moved beyond just the urban middle class, which had largely been seen as sympathetic to Hindutva-driven nationalistic ideology of the BJP. And secondly, the opposition parties, especially the Congress, the Left and various regional players, have picked up on social media presence and its use over the past few years, especially since 2017.

This intervention is not just in terms of individual tweets and posts by the leaders but in the form of creating an online support base by strengthening their social media wings and trying to tap into the mammoth presence of individual users by joining ranks with their cause.

Pankhuri Pathak, the vice-chairman of Uttar Pradesh Congress’s social wing, accepts this intervention. “Apart from our own issue-based campaigns, we clearly try to assist the independent campaigns," she said. "The recent campaigns of students opposing the JEE Exam, demanding jobs or opposing government’s move of ad-hoc employment, were supported by us, because we stand against the government policies."

Juhi Singh, spokesperson of the Samajwadi Party, says, “During the lockdown period, several successful online protest campaigns launched by students and youths should be seen as a barometer of discontent and anger prevailing among the people. As an opposition party, it is therefore our duty to support such calls. Support doesn’t mean we wish to hijack these campaigns.”

Dr Chandramohan, UP state secretary of the BJP, feels the recent anti-government social media campaigns, including the most recent one on the Prime Minister’s birthday or the present campaigns against the farm bills, are being orchestrated by certain vested interests, who in turn are being supported by political parties.

But, amid the claims and counterclaims, a fact remains that as access to internet data becomes increasingly easier and the demographic profile of users continues to expand, social media will witness more and more political colours and increasing diversity in the country.