Party members say that they aim to uplift the marginalised community in a manner that no other political party could. As they await the nod from the Election Commission of India, three of Bahujan Azad Party’s members spoke to News18.

Eram Agha
New Delhi: A group of 50 former IITians have formed a political outfit, Bahujan Azad Party, dominated by members of the Scheduled Caste, Scheduled Tribe and Other Backward Class category. Party members say that they aim to uplift the marginalised community in a manner that no other political party could.

All set with a poster which has pictures of B R Ambedkar, Subhas Chandra Bose and A P J Abdul Kalam, among others, the party has already begun a social media campaign. As they await the nod from the Election Commission of India, three of Bahujan Azad Party’s members spoke to News18.

My name is Naveen Kumar, a B.Tech graduate from IIT Delhi. SCs don’t want soap and oil, give them their rights and quota.

Through my politics, I will fight for equal distribution of resources. There should be reservation in the government sector, private sector and in higher judiciary according to the number of SCs, STs and OBCs. I will fight for the implementation of Sachar committee report for minorities and for justice (social, economic and political). A lot of work needs to be done for women's ultimate empowerment i.e. financial independence.

It is sad but true that politicians who belong to SC/ST communities are nothing but parasites. They are slaves of mainstream parties like BJP and Congress. This is nothing but the result of 1932 Poona Pact. I am committed to Dr BR Ambedkar and Jyotiba Phule’s mission, we will work for the downtrodden. The BJP and Congress are trying their best to keep Bahujan communities away from quality education and that is why education in government schools is getting worse and private schools fees are sky high. We are not vote banks.

The dilution of SC/ST (Prevention of Atrocities) Act, 1989 was a Manuwadi move, based on injustice. It has been passed by the Brahamanical judiciary. Brahmanism is all about inequality and this move is even more detrimental than the abolition of reservation in promotion.

The BJP’s government’s attempt to bring an ordinance into the quota in government job promotion is nothing but a crafty move. They can only give soap and oil — a shameful act by current UP chief minister Yogi Adityanath — to the downtrodden and never give the rights, representation and respect they deserve.

My Name is Vikrant Vatsal, a B.Tech in Biochemical Engineering from IIT Delhi, and I demand 60% quota for OBCs.

I wanted to be a social reformer. Since childhood, I have faced discrimination in my society. When I was in Class 6, a Brahmin man stopped me from drinking water from a hand pump because I am a Solank. He told me that a lower caste can't drink the water here. I am still haunted by that incident. It is then that I decided to eradicate this Manuwadi system, which is based on inequality and injustice. My father used to sell handkerchiefs on the street, I had to work very hard to make myself strong with education. I was the 10th, 12th Board state topper and went to IIT but radical change comes with politics.

I support the Patidar agitation, it is the government’s failure that they are not disclosing the caste-based census. I do support representation based on the ratio of population in each and every sector (education/ jobs/ media/ judiciary). I demand 60% reservation for OBCs. 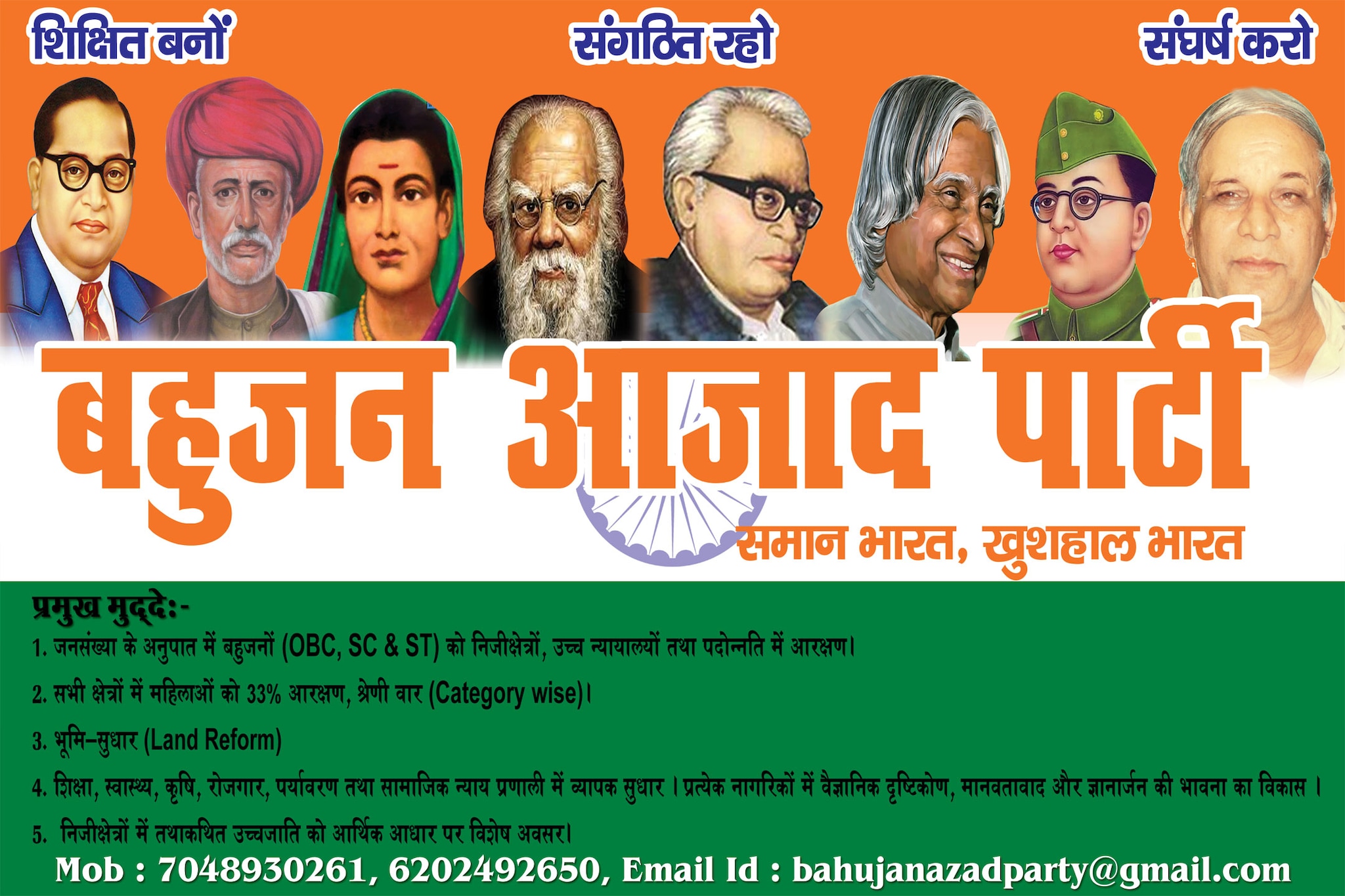 OBC Politics in UP, Bihar is all about Yadav and Kushwaha. There is polarisation of the Muslim-Dalit equation against BJP. Even if half the OBCs are manipulated against the BJP, I can personally guarantee that the party won’t be able to get a single seat in 2019 Lok Sabha polls from UP and Bihar. OBCs are silent about the indirect removal of reservation through privatisation, they are not demanding anything in this government. There is an anti-reservation sentiment among the so-called upper caste people. With the dilution of SC/ST (Prevention of Atrocities) Act, there is a chance of OBCs shifting away from BJP.

There is a significant effect of Hindutva propaganda by the RSS/BJP on OBCs. This community is not politically united as compared to SCs, STs and minorities. I think, due to lack of information, many OBCs are opposing reservation in education or government jobs. The general category has influence on them here. OBCs have this false view that only SCs and STs are getting reservation advantage. This confusion gives the present government strength to manipulate reservation at various levels. OBCs feel SCs and STs are their enemies and this works in favour of the upper caste. I found more landless people in OBCs as compared to SCs and STs but they are not angry. They feel at least they are not untouchable.

Among SCs, there is zero orientation towards Hindu religion. But OBCs have faith in Hinduism. I find the blind religious inclination of OBCs as the biggest challenge. They forget their actual mainstream problems like representation in the pillars of democracy — politics, judiciary, administration and the press.

My name is Sampath Kumar Banoth, M.Tech from IIT Kharagpur and PhD from IIT Roorkee. STs are an asset and not liability to the nation.

I entered politics to make Bahujan communities an asset of the nation and not a liability. It’s been 70 years of independence, still, our citizens are forced to stay in the forest, be manual scavengers, and have no representation or resources. Around 90% of the country still needs a support, a hope and a voice to represent them. I can’t promise you that I will be the one but I will try to be. We are here for good politics.

Till date, I have never seen a leader raise his/her voice for ST issues. We are vote banks in the political system. I respect those who worked for us but even if someone tries to be with us he is appropriated by other parties. This leads to their extinction.
Tags