Nath had used the words "mafia" and "milawat khor" against a political rival at a recent campaigning event. Last week, the EC had asked him not to use words like "item" in campaigning. The former CM had used the jibe to hit out at state minister and BJP candidate Imarti Devi at a rally. This is not for the first time that the EC has taken such a stern action against political leaders. 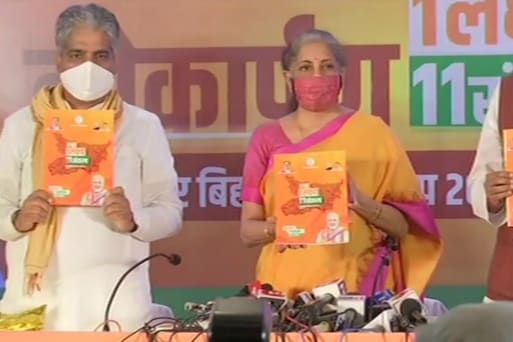 The internal alliance between Tejashwi Yadav and Chirag Paswan is being the discussed in every street corner and its effect can be seen in Raghopur where both of them are tricking people together but the public is sensible. Do you see girls, women, asking for jobs at Tejashwi's rally? We sincerely hope that the youth of Bihar, women who are with the support of good governance, will make Nitish Kumar the Chief Minister again, says HAM spokesperson Danish Rizwan.

Tejashwi Yadav, along with the opposition, is trying to fool the public by creating confusion among them. RJD and  Congress should answer what happened between 1990-2005 when 3,091 people were kidnapped from 94 assembly seats, who is their culprit? Who are involved in it? Before raising a subject like crime in, tell that how many of these criminals have been punished?: Neeraj Kumar.

Congress and RJD should issue a white paper to tell that if 3,091 people were kidnapped then who was behind it? What happened to operation 'Black Panther' that was announced? RJD has become the shelter of the lusts of politics. Recall the view of Bettiah when a sugar mill worker was kidnapped in front of everyone. Now law and order has been established in Bihar but and these people want to bring back the same phase again, however, the public has become sensible now: State Minister Neeraj Kumar. 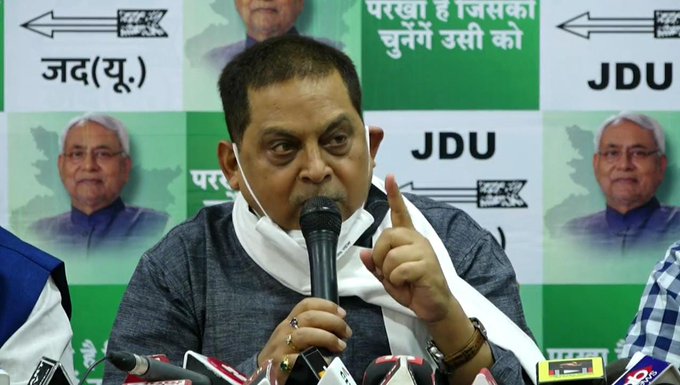 READ | Tejashwi Can't Even Spell Cabinet and He is Out to Criticise Nitish Who is a Qualified Engineer, Says BJP 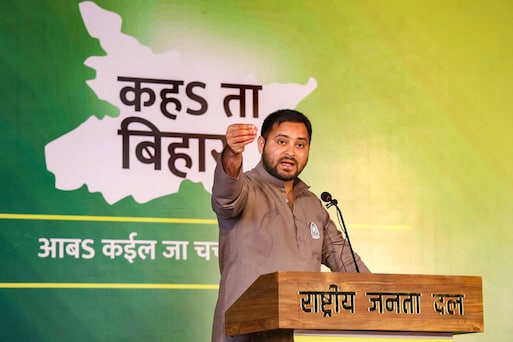 I have been following that boy (Tejashwi Yadav) for many years, many people believed that he is a weak link in this election but he has emerged a very strong link. And the boys from big leaders in states who have come into politics are the most super stunning: Shiv Sena leader Sanjay Raut. 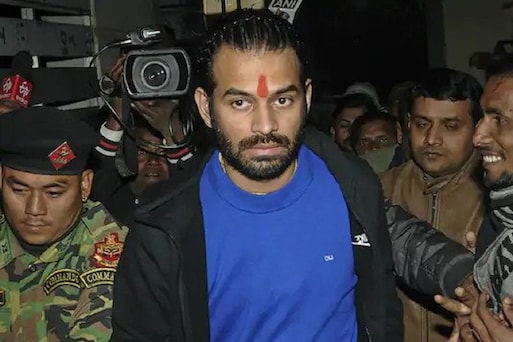 Tej Pratap Yadav, who had plunged into electoral politics winning from Mahua assembly constituency in Vaishali district in 2015 elections, left it this time and chose to enter into fray from the…

Tejashwi Can't Spell 'Cabinet' Correctly: Ashwini Choubey | Taking a dig at Mahagathbandan's chief ministerial candidate Tejashwi Yadav, Union Minister Ashwini Choubey said that the Yadav scion can't even spell 'Cabinet' correctly. "That person who doesn't understand the issue and couldn't even clear class 10th exam is criticising Nitish Kumar who is a qualified engineer. He cannot even write the spelling of Cabinet. His father's first cabinet decision promised that one lakh jobs will be provided but he collected money from them and the applications for the jobs are still there in the dustbin," said Choubey. Choubey termed the coalition of RJD and Congress as 'Gappu and Pappu'. "The people of Congress-RJD alliance are Gappu and Pappu will only give 'lappu' that means making false tall promises and people should be aware," he added while advising people to be cautious of the false promises.

Tejashwi Calls Polls 'Unemployment Removal Movement' | This is not just an election but also an unemployment removal movement. Your cooperation is expected in this campaign to make Bihar a developed state and to remove unemployment, inflation and poverty. The NDA has put 30 choppers behind me and we have made our lone chopper a tractor. Now you please stick to the booth, says RJD leader Tejashwi Yadav.

ECI is Branch of BJP: Raut | Election Commission of India is a branch of BJP, so you can not expect anything else from them, says Shiv Sena leader Sanjay Raut on being asked about EC stating that there was no poll conduct violation in BJP's vaccine promise in Bihar during the campaign.

Won't Be Surprised if Tejashwi Becomes CM: Raut | A young man without any support, whose family members are in jail and CBI along with IT Dept. are behind him, is challenging everyone in a state like Bihar. I won't be surprised if Tejashwi Yadav becomes Bihar CM tomorrow: Shiv Sena leader Sanjay Raut on RJD leader. 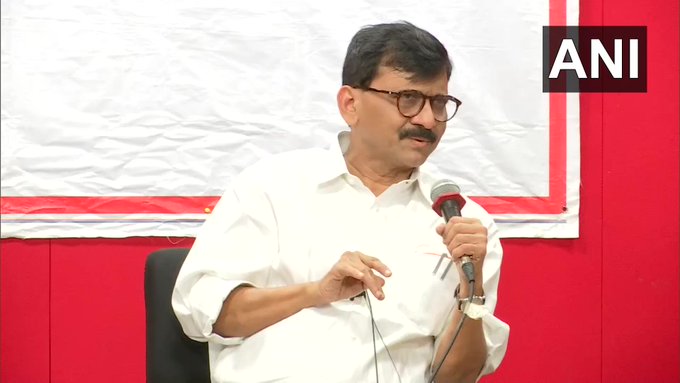 READ | Battleground Raghopur: In Lalu Bastion, No Walkover for Tejashwi The 31-year-old, the younger son of Lalu Prasad, had taken the electoral plunge from Raghopur in 2015, when he had barely reached the qualifying age of 25 for fighting polls.

READ | 'Installed Wife on Chair when Got Jailed': Nitish Takes a Swipe at Lalu's Record on Women Empowerment Nitish Kumar said when he got the opportunity to work, he gave reservation to women in panchayats and urban local bodies, besides providing quotas to SC, ST and backward classes.

A part of the Hajipur Lok Sabha seat, Raghopur assembly segment in Vaishali district will vote in the second phase on November 3. 31-year-old Tejashwi Yadav, the younger son of Lalu Prasad, had taken the electoral plunge from Raghopur in 2015, when he had barely reached the qualifying age of 25 for fighting polls. He won the election and went on to become the deputy to Chief Minister Nitish Kumar, whom he would call chacha (uncle) then, an expression of respect and alliance. But the alliance fell apart in 2017, and now Tejashwi is challenging his chacha for the top post. The Grand Alliance, spearheaded by the RJD and with the Congress and Left parties as its members, has already announced Tejashwi as its CM candidate.

READ | Democracy Will Not Survive if We Lose: CPI(ML) on Why RJD Alliance Was a Must for Bihar Polls 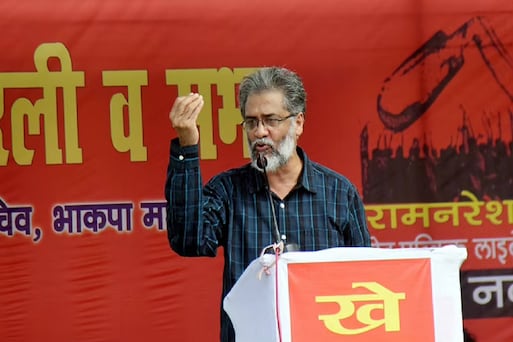 CPI(ML) general secretary Dipankar Bhattacharya said alliance with RJD brought no ideological compromise and said the Tejashwi Yadav party was among the rare outfits that never supported the BJP.

READ | Bihar Elections: After an Unpredictable Round 1, Nitish Kumar is More Dependent on PM Modi for Votes 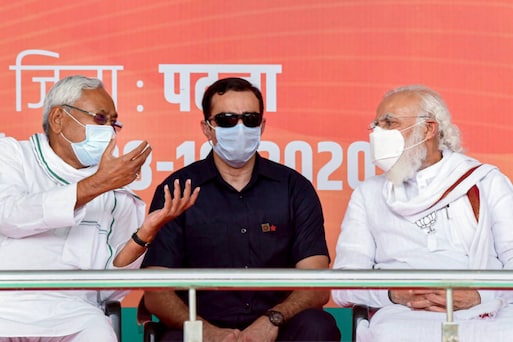 During the 2010 Bihar assembly elections, chief minister Nitish Kumar had not allowed the then Gujarat CM Narendra Modi to campaign in the state. Ten years later, facing acerbic disparagements from… 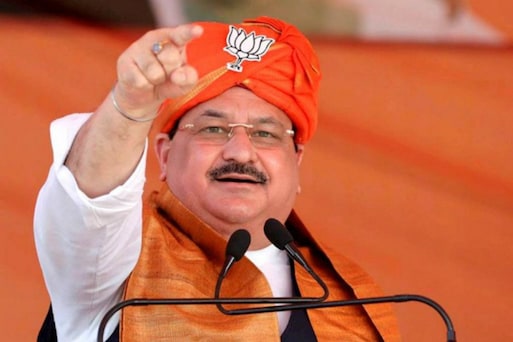 Voting in the three-phase election for Bihar's 243-member Assembly will be held on October 28, November 3 and November 7. The results will be announced on November 10.

Ready for Open Debate With BJP: Tejashwi | 'Padayi, Kamayi, Sichai, Dawai' are the real issues of Bihar on which Nitish Kumar never speaks. We're thinking of making present and future better but CM wants to keep referring to the past. We're ready for an open debate with BJP President JP Nadda also: RJD leader Tejashwi Yadav. 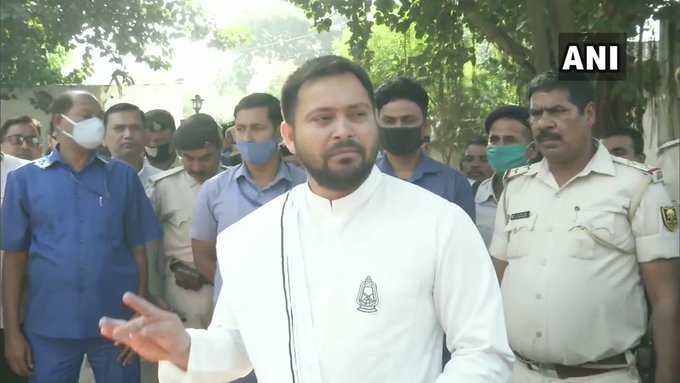 RECAP | Bihar Congress leaders met Governor Phagu Chauhan yesterday and demanded dismissal of the Nitish Kumar government in the midst of the ongoing state assembly polls, holding it responsible for the firing in Munger during a Durga Puja event that claimed a life. Bihar Pradesh Congress Committee president Madan Mohan Jha submitted the memorandum to the governor at the Raj Bhavan demanding dismissal of the Nitish Kumar government. The memorandum said that CM Nitish Kumar instead of ensuring justice for the people of Munger actually protected the superintendent of police and district magistrate who are responsible for the incident, he said. The Left lends a sense of credibility and progressivism to the alliance, which in terms of perception was much required for the grand alliance, an analyst said. The searches were carried out on Thursday against 'four prominent' contractor groups in Patna, Bhagalpur, Hilsa and Katihar.

READ | After an Unpredictable Round 1, Nitish Kumar is More Dependent on PM Modi for Votes

During the 2010 Bihar assembly elections, chief minister Nitish Kumar had not allowed the then Gujarat CM Narendra Modi to campaign in the state. Ten years later, facing acerbic disparagements from…

Free WiFi Spot in Every Village: Prasad | PM Modi had announced on August 15 that in the next 1,000 days, optical fibre internet will be brought to 6 lakh villages across the country. The prime minister started the initiative on September 21 from Bihar to connect its 45,945 villages through optical fibre. Of these 45,945, survey has been completed in 27,012 villages. In remaining villages, it'll be completed by November. 6,000 km of optical fibre has already been sent to villages for installation. It'll be done in the next six months. Every village will have WiFi spot, free for a year: Union Minister Ravi Shankar Prasad in Patna yesterday. 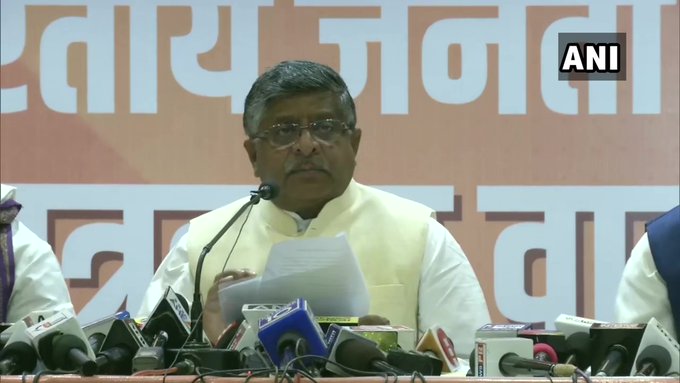 Scams Worth Rs 30K Cr Under Nitish Govt: Tejashwi | During CM Nitish Kumar's rule, 60 big scams worth Rs 30,000 crore have occurred so far, out of which 33 scams were counted by PM Narendra Modi himself, five years ago. There have been thousands of crores of scams including creation scam, paddy scam, toilet scam and scholarship scam, says RJD leader Tejashwi Yadav.

Earlier in the day, RJD leader Tejashwi Yadav alleged that 60 scams worth Rs 30,000 crore have taken place under CM Nitish Kumar’s tenure so far, adding that Prime Minister Narendra Modi had himself counted 33 of these scams five years ago when the BJP and JD(U) were rivals during the 2015 assembly elections. The scams, Tejashwi further alleged, pertain to paddy, toilet construction and scholarships.

With the second phase of Bihar Assembly elections slated to be held next week in 94 segments, both the ruling Janata Dal-United of the National Democratic Alliance and the opposition RJD of the Grand Alliance will have to sweat it out as they face a tough battle to retain their respective seats.

Bihar election date 2020: Elections for 243 Assembly seats is to be held in three phases. Polling for 71 seats already took place on October 28. Voting for 94 seats will be done on November 3 and the remaining 78 seats on November 7. The results will be announced on November 10.

The RJD has fielded 56 candidates in the second phase of elections, wherein it is in direct contest with the BJP on 27 seats and with the ally turned foe JD-U on 25 seats. The BJP is contesting 46 seats and the JD-U 43 seats. The prestige of 27 MLAs of the Grand Alliance is on stake in the November 3 elections.

On the line will be the political future of RJD leader Tejashwi Yadav from Raghopur seat and Tej Pratap from Hassanpur seat in Samastipur district.

In the 2015 elections, the Rashtriya Janata Dal of Lalu Prasad had bagged 33 of these seats, the JD-U 30 and the Congress seven whereas the NDA had won only 22 seats. However, a lot of water has since flown down the rivers ever since. New political permutations and combinations have come into play in 2020 as compared to the 2015 polls.

Five years ago, Nitish Kumar's JD-U fought the elections in alliance with the RJD and the Congress, whereas the NDA had Ram Vilas Paswan's Lok Janshakti Party and Rashtriya Lok Samta Party (RLSP) in its camp.

In this poll fray, the JD-U has moved to the NDA camp, the LJP is fighting its own battle and the RLSP is a part of the Grand Democratic Secular Front.

So, even as a tough task seems ahead for the RJD to repeat its 2015 performance in the absence of JD-U by its side, leaders of the JD-U along with the BJP are also sweating it out to wrest the initiative from Tejashwi's party. As both alliances slog to woo voters ahead of the November 3 elections, only time will tell who succeeded in this political game.