Ahead of Bihar Assembly Elections, Rift Widens Between NDA Allies

The decision on the number of seats to be contested was taken during the Parliamentary Board meeting of the party chaired by LJP chief Chirag Paswan earlier in the day.

The rift in the National Democratic Alliance (NDA) is visible in Bihar ahead of the upcoming assembly elections as one of its ally partners, the Lok Janshakti Party (LJP), has decided to draw up the candidates' list for 143 out of 243 seats in the state. LJP leaders have demanded that the party must not contest elections under Nitish Kumar's leadership.

The decision on the number of seats to be contested was taken during the Parliamentary Board meeting of the party chaired by LJP chief Chirag Paswan earlier in the day.

In the meeting, it was decided that the party leaders will prepare the list of 143 candidates for the Bihar Assembly polls and submit it to Paswan. The LJP Parliamentary Board also decided that Paswan will take a call on the seat-sharing formula with NDA allies in Bihar.

Sources said that a number of LJP leaders were against contesting elections under the leadership of Nitish Kumar. During the meeting, party leaders apprised Paswan of Kumar's poor handling of the Covid-19 situation, the flood situation, migrant workers and employment issues in the state. 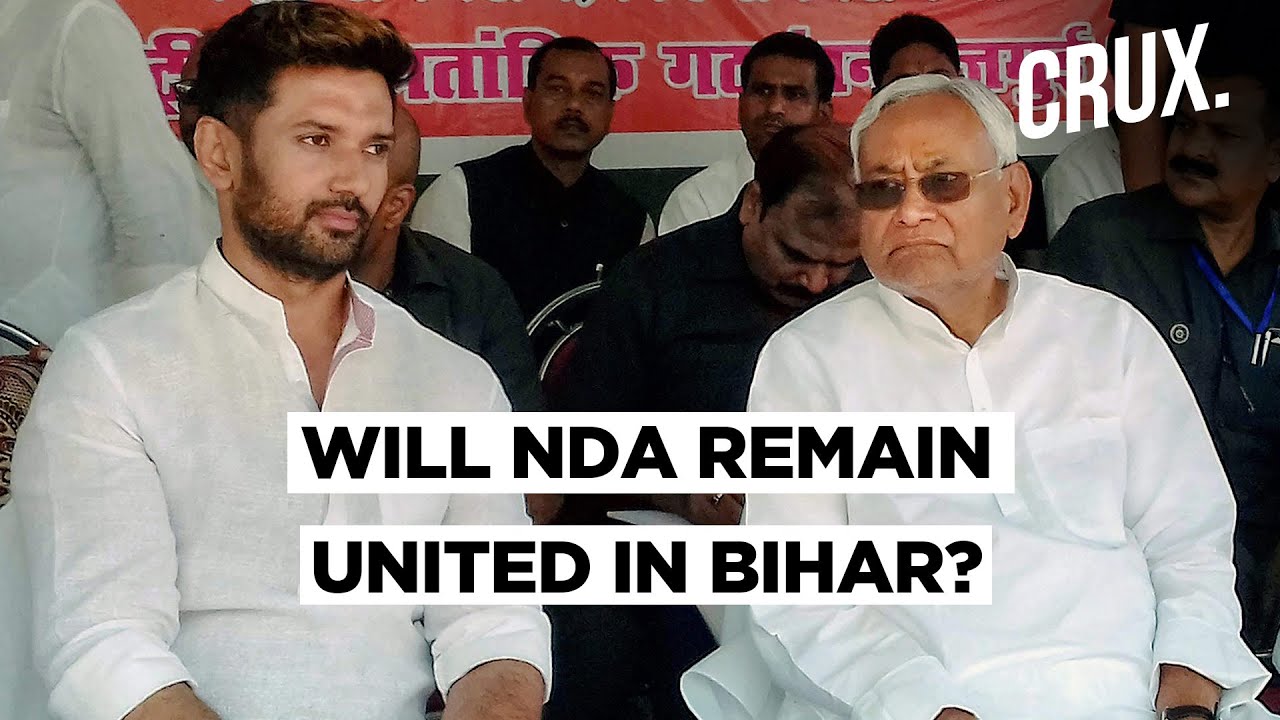 The meeting comes days after former chief minister and Hindustani Awam Morcha-Secular (HAM-S) chief Jitan Ram Manjhi joined the NDA. On a number of occasions, Manjhi has criticised the LJP chief for his stand on several issues. In the recent posters at Patna, Manjhi's HAM-S has not given space to any LJP leader while pictures of the BJP, JD-U leadership were there.

Meanwhile, the LJP chief has also locked horns with an NDA ally, the ruling Janata Dal-United (JD-U), on a number of issues. Paswan has written several letters to the chief minister about the law and order situation and other prevailing issues in the state.

However, Kumar has not replied to Paswan's letters, which has irked the party leadership. According to JD-U sources, the key issue behind the recent friction between Nitish Kumar and the LJP chief is seat-sharing for the Bihar assembly elections.

The source said that Chirag Paswan is eyeing to contest at least 43 seats in the assembly elections but Bihar CM is unwilling to give more than 25-30 seats to the LJP.