RJD strongly criticised BJP's free Covid-19 vaccine move and said that the saffron party was politicising the distribution of vaccine to "sell fear of disease and death" in desperation.

Hitting out at the Bharatiya Janata Party (BJP) over its free vaccine promise to the people of Bihar, the Rashtriya Janata Dal (RJD) said that the saffron party was trying to sell the vaccine for collecting votes in the upcoming State Assembly Elections.

vaccination for the people of the state.

Attacking BJP over the move, RJD tweeted that Covid-19

vaccine belonged to the people of India and not to the BJP alone. Several other opposition leaders, including members of the Congress party, also slammed the BJP saying not just the people of Bihar but people of entire country should get free coronavirus

Vaccine For All In Bihar, Opposition Questions ‘Why only Bihar’" data-youtube-category="News & Politics"> 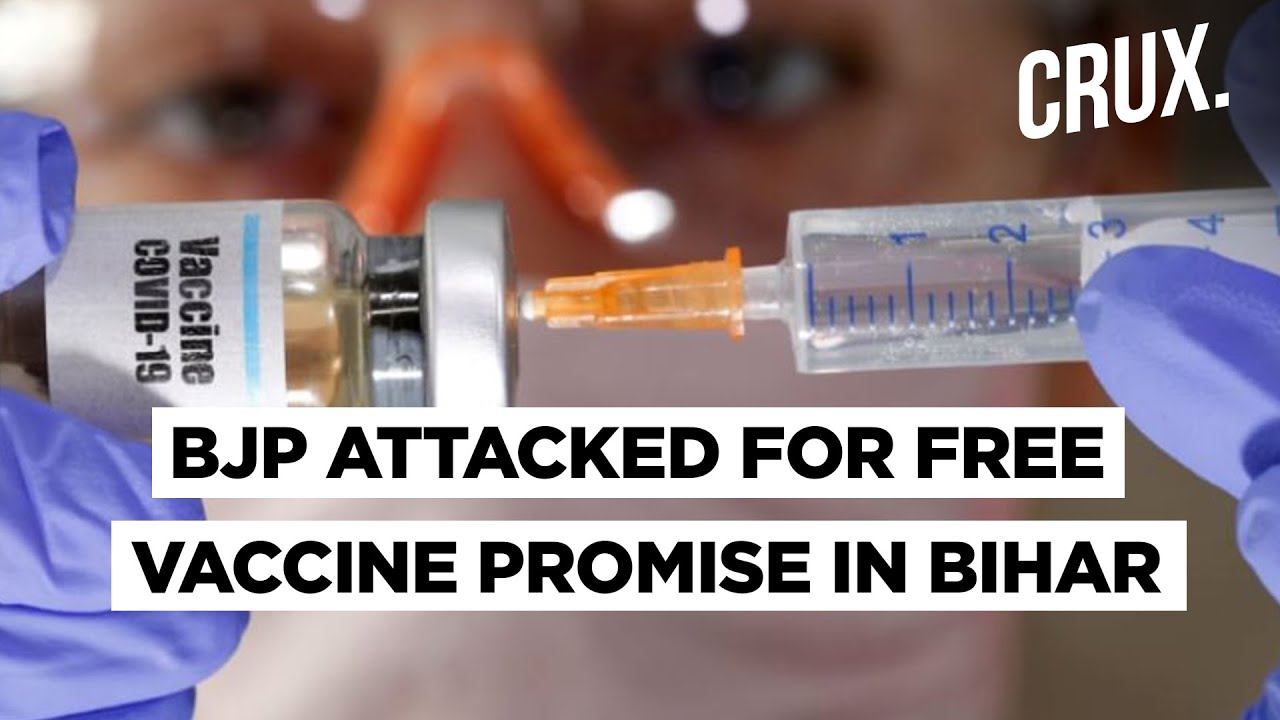 Free vaccine was the first of the eleven poll promises listed by the BJP in its election manifesto, or 'Sankalp Patra', issued on Wednesday. The number one point said that India had created an example before the entire world in its fight against the novel coronavirus

. The party also went on to say that as soon as Covid-19

vaccine gets approval from the Indian Council of Medical Research (ICMR), every resident of Bihar will get it free of cost.

Reiterating the promise while releasing the manifesto in Patna, Sitharaman said that India had the potential of mass producing the vaccine as soon as it was given a go-ahead by the scientists. She said that at least three vaccines in India were in the last stage of trials, and assured the people of Bihar that as soon as the vaccine was made available, the state would get it for free.

However, the promise did not go down too well with political rival RJD who strongly criticised the move and said that the BJP was politicising the distribution of vaccine to "sell fear of disease and death" in desperation.

pandemic situation prevailing throughout the country that has resulted in over 1,00,000 deaths so far.

Echoing RJD's statement, national coordinator of the digital communication of Congress, Gaurav Pandhi, said that free of cost vaccine should be available to the entire country and not just a single state. "Congress provided free Polio vaccination (and others) to entire India for decades. That's the basic a responsible Govt should do, not just for Bihar but entire India. All Indians should get free Covid vaccine!," he said.

However, in an attempt to clear the air, BJP's IT cell chief Amit Malviya said that like all other programme, the Centre will provide vaccines to states at nominal rates and it was up to the state government to decide if they wish to give it for free to the people. "BJP’s manifesto promises free Covid vaccine. Like all programmes, Centre will provide vaccines to states at a nominal rate. It is for the state Govts to decide if they want to give it free or otherwise. Health being a state subject, Bihar BJP has decided to give it free. Simple," he tweeted.

situation, regarding the issues at quarantine centres, testing facilities and hospitals, in addition to the plight of the migrant workers of the state who had to walk hundreds and thousands of kilometers down from their areas of work to their homes during the Covid-19