Bihar Elections 2020: Why Demand to Ban French Brands in Hyderabad Got a Resounding ‘Hush!’ from Cong, RJD and JD-U in Bihar

Protesters shout slogans while tearing a poster of French President Emmanuel Macron during a demonstration against France’s defence of Prophet Mohammed caricatures, in Hyderabad, on October 30, 2020. (AP Photo/Mahesh Kumar A.)

The Congress-RJD alliance does not want the controversy over Prophet Mohammad cartoons in France to be raked up in Bihar for fear of communal polarization that may help the BJP. The JD(U) for its part does not want to alienate Muslim voters.

Some leaders in the Telangana unit of the Congress have asked chief minister K Chandrashekar Rao to ban all French brands in the state in protest over President Emmanuel Macron’s defence of the Prophet Mohammad cartoons that have led to four deaths in two retaliatory attacks. The demand, however, has not gone down well with the party leadership in the midst of assembly elections in Bihar where a possible polarization over the issue could work in the BJP’s favour.

A top Congress leader, who is among those handling the party’s campaign in Bihar, told News18 that it is not an issue it wants focus on. “It doesn’t matter to Bihar,” the leader said.

The logic is spot on but also highlights the reality that if the Congress takes a stand on the issue, it will walk straight into a trap.

This time both the Congress and the RJD have been careful to keep the focus on people-centric issues like jobs for youth, plight of migrant workers and safety of women. It wouldn’t want voter attention to waver from these issues towards communal polarization. 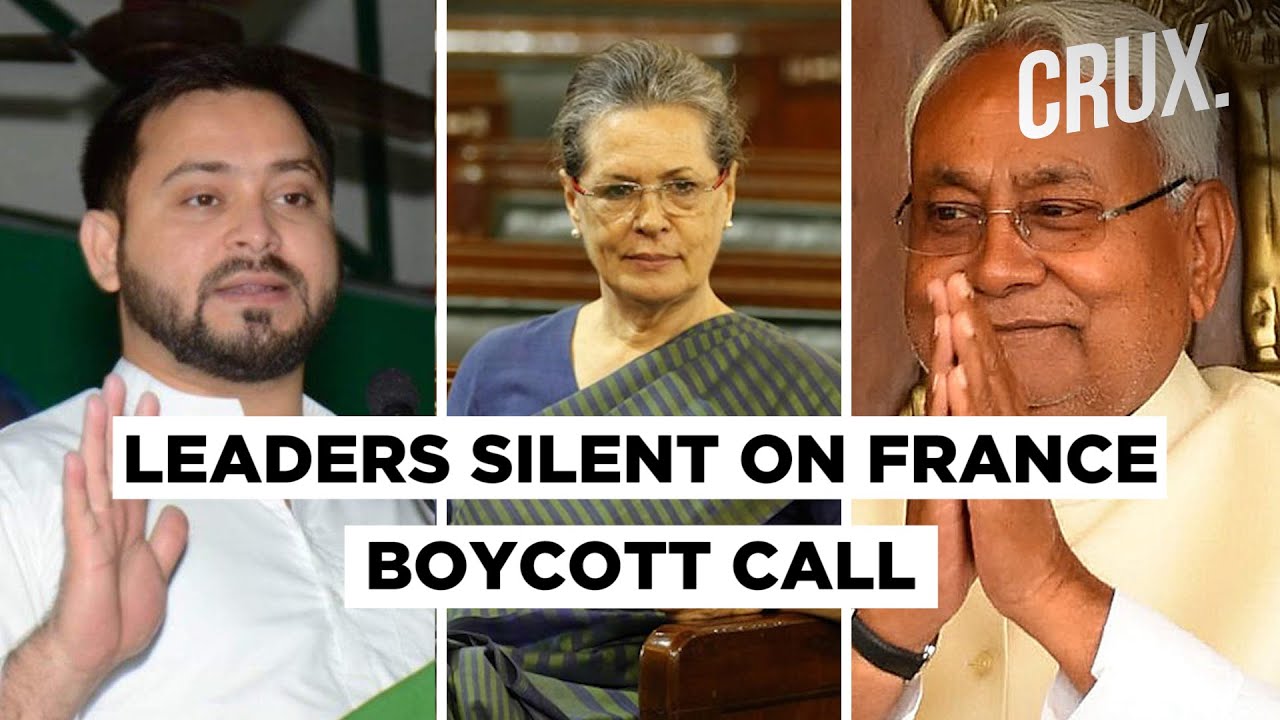 But another section in the Congress is leaning towards projecting a different image with the party’s social media campaign on justice over the Munger incident on which one person was killed and several injured in firing during Durga idol immersion. The Congress has played the Hindutva card here, asking the Nitish Kumar government to take responsibility for the incident and accusing the NDA of not taking Hindu traditions and customs seriously. Not that the NDA took the bait. But the government certainly took action against the Superintendent of Police and the district magistrate.

But it’s not just the Congress. Even Nitish Kumar isn’t too keen on the France issue making its way into the Bihar election narrative. The state’s electorate has 16.9% Muslims, a vote bank Nitish has nurtured over the years. Political survival forced Nitish Kumar towards the BJP, but facing his toughest election yet, the JD(U) chief doesn’t want the controversy over Prophet Mohammed cartoons to be raked up in Bihar. Sources say he has even appealed to the BJP’s campaign managers to steer clear of the controversy for fear of alienating Muslim voters.

The JD(U) is already spooked by Union minister of state for home affairs and senior BJP leader Nityanand Rai’s comments that Bihar would become a safe haven for “militants from Kashmir” if the Congress-RJD alliance wins the elections. This statement would help the BJP consolidate its traditional vote-bank, but may end up harming the JD(U).