New Delhi: The Bharatiya Janata Party (BJP) accounted for 93 per cent of the total donations of above Rs 20,000 received by all the national political parties in FY 2017-18.

Out of the total donations of Rs 469.89 crore declared by all the parties in 2017-18, BJP bagged a major chunk of Rs 437.04 crore, according to an Association for Democratic Reforms(ADR) analysis of declarations made by national parties to Election Commission.

The donations declared by BJP are more than 12 times the aggregate declared by Congress, NCP, CPI, CPM and AITC for the same period. 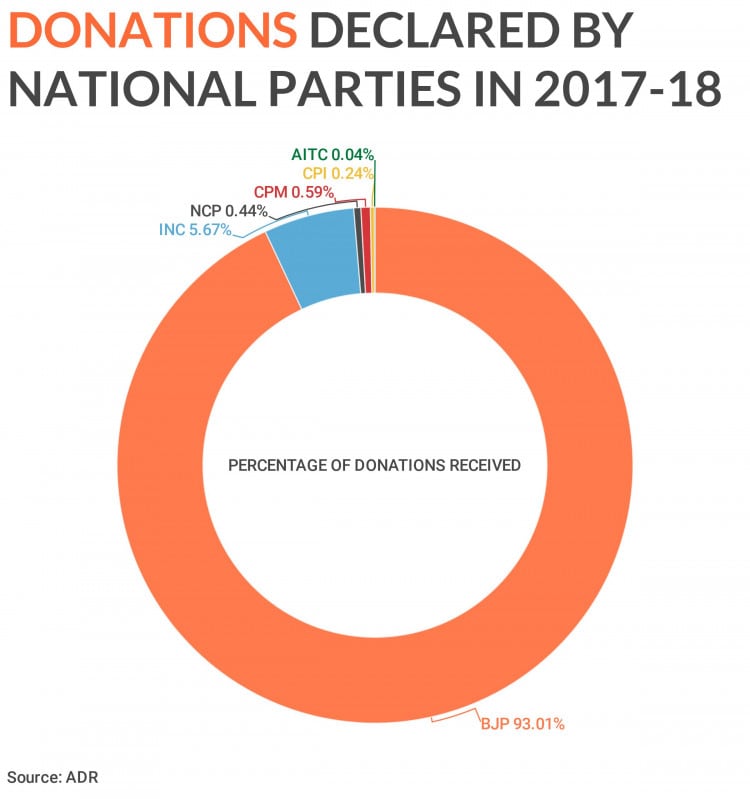