Thousands of the BJP workers from across the state gathered at all the intersections which go to the state secretariat ‘Nabanna’ and clashed with the police when they were prevented from marching forward.

BJYM national president Tejasvi Surya on Thursday claimed that "blue chemical-laced water" was sprayed by West Bengal Police on BJP party workers during their march to the state secretariat. Calling it a "gross violation of human rights", Surya appealed the Centre to initiate a probe into the matter.

"We were shocked to find that the Bengal police were spraying blue colour chemicals on our workers. The chemicals not only gave a burning sensation, but also several party workers started vomiting. This is a gross violation of the human rights. I have never seen such barbaric act anywhere in India," Surya, who is also a BJP MP from Bengaluru South, said during a presser here.

Coming down heavily on West Bengal Chief Minister Mamata Banerjee, he said, "I will request the Centre to investigate into the matter. Today it has been proved that soon lotus will bloom in Bengal. We all saw how democracy was murdered by Mamata Banerjee. Bengal has now become the most corrupted government in India. Mamata Banerjee is scared of us and shut down the secretariat. I liked that...darr achha hai (this fear is good)." 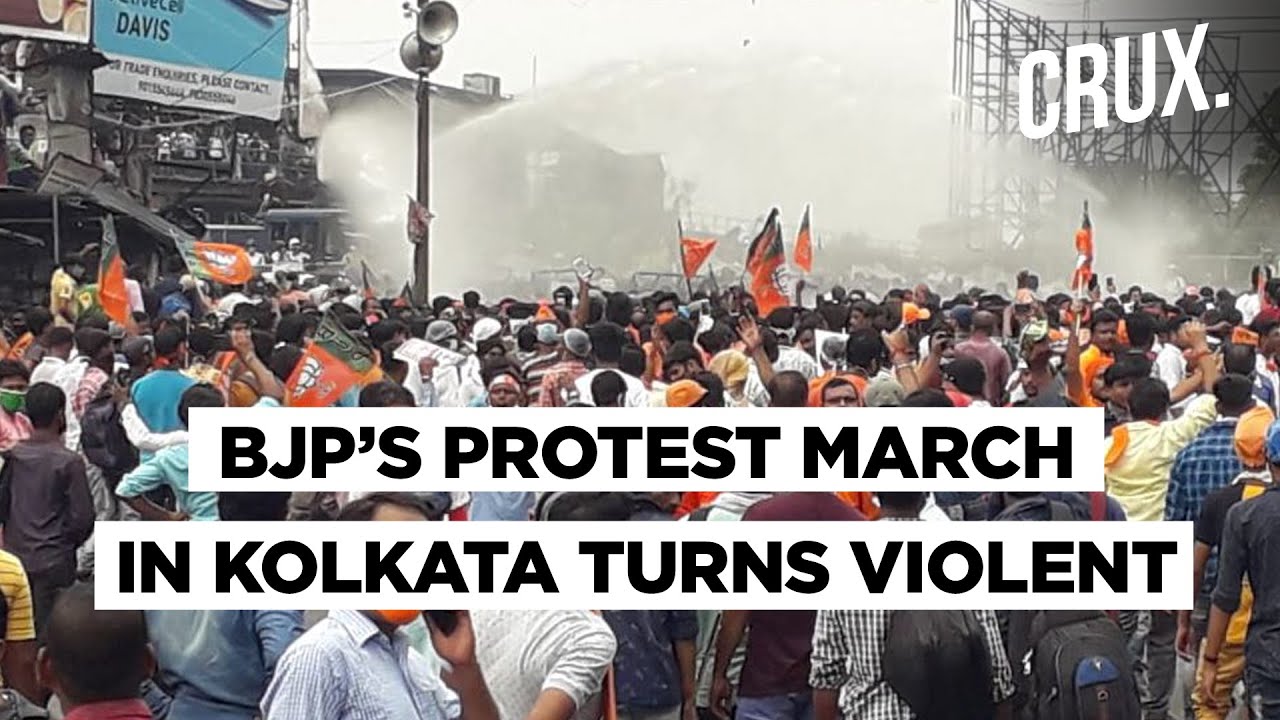 Surya also asserted that the next government in West Bengal will be of Bharatiya Janata Party (BJP). "Today, I would like to recall a slogan by Atal Bihari Vajpayee ji – ‘Andhera chatega, Suraj Niklega, Kamal Khilega’ (the darkness will go, the sun will come out and the lotus will bloom). I believe darkness will go soon from Bengal. Today, every Bengali is saying, next government will be BJP government," he added.

The BJP leader's reaction came after the state police used water canons to disperse protestors, who were marching towards the secretariat building, to raise the issue of "worsening" law and order situation in West Bengal.

He also claimed that unemployment is at peak in West Bengal due to the syndicates and cut money racket. "It is unfortunate that those who raised their voice against the TMC government were eliminated. In the last two years, at least 200 members of the BJP’s youth wing have been killed by goons of the TMC," he said.

Meanwhile, West Bengal Chief Secretary Alapan Bandyopadhyay refuted the claim made by Surya that the blue water sprayed on BJP workers had a chemical, which caused burning sensation to them.

"It was not any chemical but a simple colour. Spraying coloured water on protesters is globally accepted practice to identify those creating problem. This will help the law agencies to take further course of action against them as per law (if required)," Bandyopadhyay explained.

A senior BJP leader claimed that spraying coloured water was a calculative move by the Trinamool Congress (TMC) to identity the BJP party workers in their respective residential areas who are working for them silently.

More than 100 BJP workers including senior leaders and policemen were injured while few of them were hospitalised during a protest rally organised by the youth wing of the Bharatiya Janata Party (BJP) under the banner of 'Nabanna Chalo Abhijan' (march to state secretariat) on Thursday afternoon.

Thousands of the BJP workers from across the state gathered at all the intersections which go to the state secretariat ‘Nabanna’ and clashed with the police when they were prevented from marching forward.

Trouble started around 12.30 pm after a police vehicle belonging to the armed police was allegedly attacked at Hastings area and the protestors tried to vandalise it. Similar incidents of violence were reported from GT Road, Howrah Maidan and Santragachhi, where the protestors reportedly hurled bombs and burnt tyres out of anger and tried to break police barricades. The forces retaliated with lathi charge and tear gas.

Situation went out of control, when BJP youth workers went berserk and had a pitched battle with the police force.