Caste or National Issues? This is How Bihar’s First-Time Voters Are Choosing Their Lok Sabha Leader

Political parties are fully aware of the caste-based polling patterns in Bihar, which will be voting for the fourth phase of Lok Sabha elections on Monday.

Political parties are fully aware of the caste-based polling patterns in Bihar, which will be voting for the fourth phase of Lok Sabha elections on Monday.

Patna: In Patna’s Magadh Mahila College, students are walking out of the examination hall after finishing their third paper for the second semester. After a brief discussion on answers, third-year student Shalini Chaudhary and her friend bid each other farewell. While Shalini leaves for the hostel meant for those from the Scheduled Caste community, her friend, a Rajput, walks to where students from the general category stay.

Shalini will be casting her vote for the first time in the Lok Sabha elections. A resident of Chhapra in Bihar’s Saran district, she has been a witness to the caste differences since childhood. However, she says, “Out here the intersections are very prominent in the way you are looked at.” 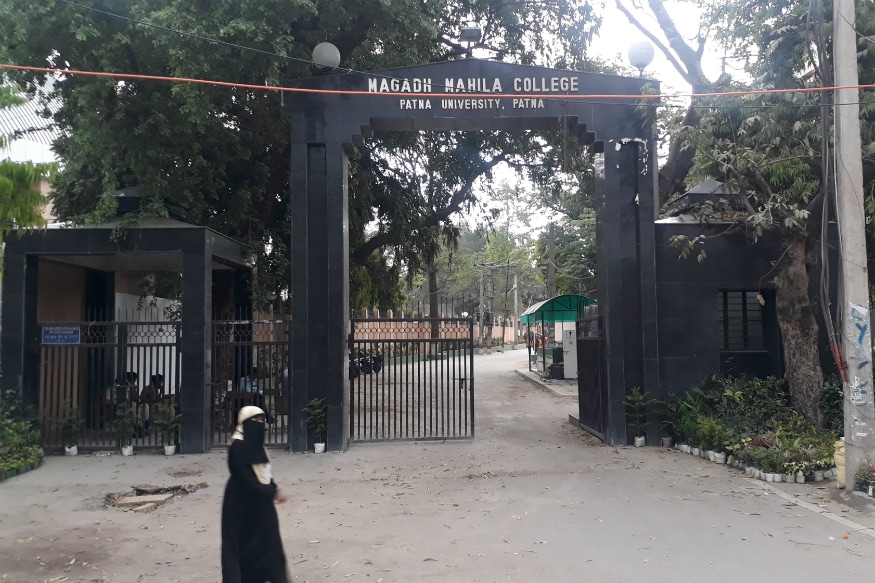 After an exam, she usually spends time on a porch right outside her boarding. “I am very excited that I will electing a government,” she says as her hostel mates join in.

A student of Home Science, Shalini agrees that caste is a very important parameter for almost everything in the state and points to her hostel as the prime example of it. “We are staying in an SC/ST hostel. The facilities in both the hostels are very different. The water cooler, for example, has been broken for the past one year. We need to walk to the water dispensers in the campus every time. Everything is ‘hi-fi’ there,” she says, referring to the hostel meant for the general quota students.

“Quality of food is also better there,” her friends complain.

Bihar will be voting for the fourth phase of Lok Sabha elections on Monday. Political parties are fully aware of the caste-based polling patterns prevalent in the state which explains why candidates are fielded based on the dominant caste in the constituency. Political pundits also opine that parties with better social engineering in the state’s caste matrix have higher chances of getting through.

Meanwhile, for Shalini’s friend Diksha, caste has been a barrier in friendships. “My own friends here taunt me, saying I belong to the SC/ST category and don’t need to pay fees. They are my friends and when they say it, it obviously feels bad,” she says.

Diksha goes on to narrate an incident when a senior student had once said to her, “SC/ST girls do not need to do anything and still get jobs.”

Such conversations are neither rare in the campus nor in the state. Caste hangs like an albatross around the necks of everyone in Bihar.

In the hostel meant for general category students, there are no complaints of discrimination but electoral choices differ on the basis of caste. On inquiring the reason behind it, Rajesh Sharma, a Brahmin by caste, says, “People believe that if someone from their caste would win, he/she will benefit the community. Everyone wants a piece of the pie during elections.”

Sharma adds that students from different districts vouch for those belonging to their caste.

Ranjan Kumar, however, feels that the educated youth in Bihar is starting to vote for candidates who they prefer, irrespective of their caste. A Bhumihar by caste, Kumar says, “These things are slowly changing. It will take a long time for all of Bihar to vote beyond caste, but the younger generation has begun to think a little differently. We live together in the hostel, have our differences but are happy,” he says, pointing at his Rajputs and Kayastha friends.

Bihar’s youth has been a close spectator to policy-level changes related to caste. The connect can be understood from the fact that the Mandal report was drafted by Bihar’s former chief minister Bindeshwari Prasad Mandal.

People born after the Mandal commission, which was implemented in 1990, will be voting for their first general elections this time. On August 7, 1990, then PM V P Singh announced in Parliament that his government had accepted the Mandal Commission report, which recommended 27 percent reservation for OBC candidates at all levels of its services.

For the young voters, this election is very different from the recent ones they have witnessed. Several students opined that while 2010 was a test of Nitish Kumar’s ‘vikas’ and the 2014 Lok Sabha polls were all about Narendra Modi, this time the narrative is back to caste politics. 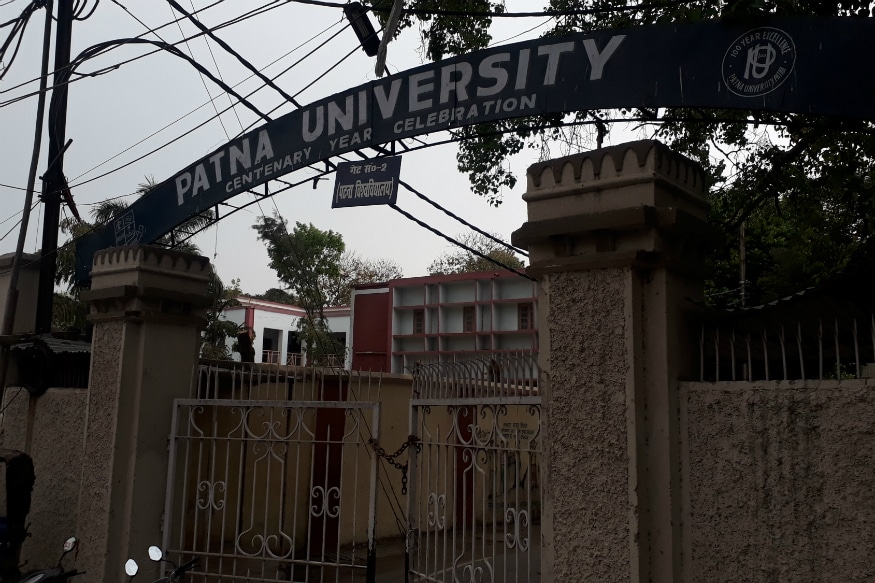 Satyam Kumar, a second year student, and four of his friends have just finished their classes for the day. The chatter is all about the ongoing elections and there does not seem to be a consensus on voting preferences.

Kumar agrees that Bihar chief minister Nitish Kumar has worked towards development in the state but alleges that the National Democratic Alliance (NDA) government in the Centre has alienated the lower castes. He backs his argument with examples.

"Dalits and Maha Dalits have been protesting in Delhi ever since this government took over. An elderly Dalit man was beaten to death, his eyes were gouged out in Nawada. What did the government do? Arrests have also not been made. Had the same thing been done to someone from the upper caste, we would see swift and strict action," he says.

Kumar is referring to a horrific incident that occurred roughly 120 km from Patna in Nawada's Dharampur village on March 5, 2018. Bhuwaneshwar Manjhi, 60, had earlier protested against some outsiders drinking at an illegal liquor vend near his village and was lynched by a mob consisting of who news reports said where "influential people."

Kumar's argument does not seem to have gone down too well among his friends.

Amit Saraogi, who has been a part of student politics for the last three years and claims to have travelled all of Bihar, insists that parties only woo votes in terms of caste but work irrespective of it after forming the government, "especially the NDA."

"It will be foolish to think that the NDA works on the basis of caste. The party also has to win the next elections and if they do not benefit everybody, rising above caste lines, they will lose the general consensus," he retorts.

Saraogi has been a BJP party worker ever since he joined college. He feels that people in Bihar will vote for the ‘kamal’ (BJP election symbol) in huge numbers because the party has united the country, infusing the narrative of nationalism and shunning caste-based divisions.

The fourth year law student draws his inferences from the election speeches of Prime Minister Narendra Modi. In a rally in Bihar's Darbhanga, he had said, "Rise above caste and vote for the development of the nation. We did not ask for the caste of wing commander Abhinandan Varthaman, did we? He is an Indian and everyone who is an Indian needs to be respected with equal measure."

The crowd had erupted with a loud applause when Modi pitched nationalism and demeaned caste-based politics.

However, for Amit Kumar, PM's statement was "a bird’s-eye view of the society and did not understand the prevalent intersections." The third year student in Patna University says, "It is great that Modi ji wants us to vote as a nation but how will that happen when both parties choose Lok Sabha candidates based on a dominant caste in the constituency? Moreover, do you think in an upper caste dominant constituency, they will happily accept a lower caste leader?"

Kumar then brings up the topic that creates a visible division in the group: reservation. The more discussion the boys have on the subject, higher their voices go.

"The general category students here have a problem with reservation as if my caste (Ravidas, categorised as Mahadalit) is being done a favour. It is because of years of discrimination and exploitation that the constitution deemed it necessary for us to have it," he says.

He further mentions his relatives who have government jobs and says, "Without a quota for SC candidates they would end up doing the same job our forefathers did.”

The immediate reply to this is the age-old criteria of merit.

Shubham Kumar, 'adhikaari' of BJP and a student in Patna University complains of “reverse discrimination” that he faces as a Rajput. “It is becoming impossible for us to compete because of reservations. Education is supposed to be competitive, not biased to a particular group of caste. Less meritorious students manage to get through and students from forward castes are left out. This is destroying the state. The reservation policy is just aimed at getting votes in the name of castes.”

Before this argument can heat up, is doused by Mohammad Taufiq Azhar. The sole Muslim voter in the group, Azhar is a third year student of Urdu in Patna University.

“I have innumerable Hindu friends and for them caste comes up only on two occasions — at the time of marriage and during elections. They fight every time there are elections," he says laughing as he calms his friends down.

Azhar's preference is clear, "not the BJP."

Roughly 10 kilometres away in Patna Women's College, young girls are waiting for May 12 to choose their Lok Sabha representative for the first time. A group of girls in one of the hostels has just received their voter-id cards. The excitement is evident but diverts to pensiveness as the topic of caste comes up.

While voting preferences may differ, the girls unanimously agree that caste is most repressive for women.

Shailja Vats, a second year student of Political Science, without getting into political arguments immediately declares that "the caste-system should end."

She argues that education should be the basis of voting preferences and not caste. "It is impossible to think of marrying outside our castes. And what do we get out of it? Women are given a price tag when their family wants them to marry, based on which the groom's family demands dowry. All of this and much more is solely because the caste exists. Elections are a branch of the same infected tree," she says.

Vats further elaborates that women from lower castes are "exploited, tortured and made to live with bad behaviour all their lives." A Barhmin by caste, she believes that if women are to prosper in India, divisions such as these need to exit the society.

She and most of her friends in the group support Nitish Kumar and the NDA, but have their share of complaints. On the other hand, they do not want to vote for the mahagathbandhan because of their caste-based politics.

"Tejashwi (Yadav; RJD leader) talks of being 'ghar ka aadmi' in almost all his speeches. BJP leaders also keep invoking Dashrath Manjhi for votes. Both are trying to woo castes. They pitch ‘vikas’ in interviews but in ralllies their tone is extremely casteist," says Vats.

The girls do not seem much impressed by either sides. On inquiring if they are considering NOTA, they say, "There eventually has to be a government, whether we like it or not." As they return to their hostels and call it a day, Bihar wakes up to another phase of polling on Monday.