Claims & Counter-claims: Priyanka Gandhi, UP Govt in War of Words Over Buses for Stranded Migrant Workers

The UP government on Monday accepted the Congress' offer to run 1,000 buses to bring migrant labourers back to the state, a proposal which had triggered a war of words between the two sides.

Lucknow: The Congress party on Tuesday accused the Uttar Pradesh government of not allowing buses arranged by the party in the state and said that around 500 buses were stopped at UP-Rajasthan border in Agra district.

Earlier in the day, the UP government asked Congress leader Priyanka Gandhi Vadra to provide buses for ferrying migrants to the district magistrates of Ghaziabad and Noida, just as it appeared that the issue was put to rest.

In a letter addressed to Vadra's private secretary, UP's Additional Chief Secretary (Home) Awanish Awasthi said, "As per your letter dated May 19, you have expressed your inability to provide buses in Lucknow, and want to provide them in Ghaziabad and Noida." 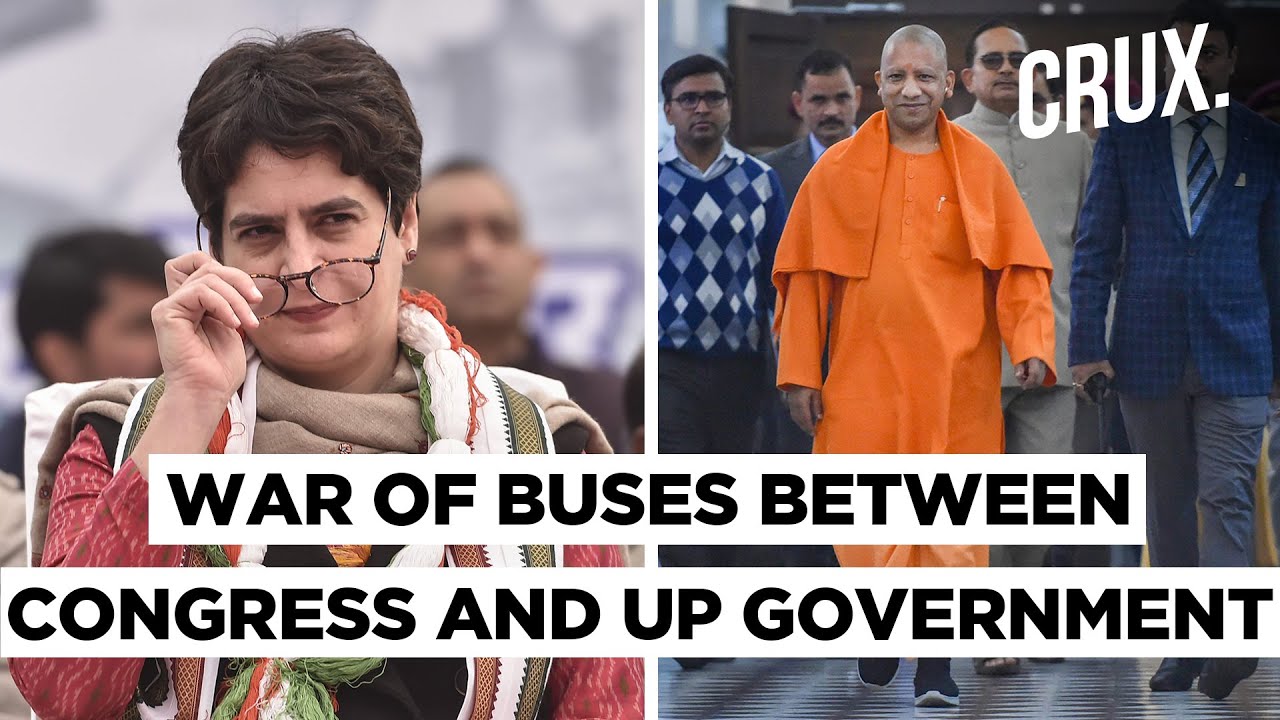 The Uttar Pradesh government led by Yogi Adityanath on Monday accepted a request from Congress general secretary Priyanka Gandhi to allow 1,000 buses carrying migrants to enter the state from Rajasthan. It also asked her to provide a list with details of the buses, drivers and conductors for smooth transport of the migrant workers.

In a video from UP-Rajasthan border in Agra, Rohit Chaudhary, General Secretary, All India Congress Committee can be heard saying, "I am standing with 500 buses at Agra border but now Agra district administration says they have no order to allow buses in the state. On one hand, Additional Chief Secretary (Home) Awanish Kumar Awasthi has asked us to deposit the buses with Noida and Ghaziabad Bus Depot but at the same time, the Agra administration is not allowing buses to enter the state. Congress party seeks answers from the UP government on why they are not allowing buses to help the stranded migrants.”

Meanwhile, a new letter issued by the office of Priyanka Gandhi, addressed to ACS (Home) Awanish Kumar Awasthi, said that the communication of ACS (Home) was received by them at 11:05 am on Tuesday. As the buses were coming from Rajasthan and Delhi, it would take some time for procuring fresh permissions, the letter added.

The letter also says that by 5pm, the buses will reach Ghaziabad and Noida border. Interestingly, the Congress has also asked the UP government to furnish a list of passengers and a route chart in order to ensure the smooth operation of the buses. The Congress letter also thanked the state government for accepting the offer of the Congress party.

In a letter addressed to the Congress leader, Awasthi said the government has accepted her plea to the chief minister made on May 16 regarding migrant workers.

Minister Sidharth Nath Singh, while speaking to the media, accused the Congress of politicising the issue. “It is being seen since the history of Congress – be it Commonwealth Games, Coal Scam, etc. On this sensitive issue of helping migrants stranded due to Covid-19 situation, they (Congress) have proved that they don’t want to help migrants but want to do politics instead," he said.

"Numbers of three-wheelers were included in the list of buses that they claimed were deployed to ferry migrants. These are the mistakes in the list and we condemn it. We also seek answers from Congress chief Sonia Gandhi over this scam," he added.

Vadra's office accused the UP government of "lacking the intention" to help those left high and dry at the state's border. In a strongly-worded letter to Additional Chief Secretary Avneesh Kumar Awasthi, Priyanka Gandhi's private secretary Sandeep Singh stated that a letter was collected from the UP official through email, in which it has been said that 1,000 buses with all documents be provided at Lucknow on Tuesday morning.

"In a situation when thousands of workers are walking on the streets and thousands of people have gathered at the UP borders at various registration centres, sending 1,000 empty buses to Lucknow is not only a waste of time and resources but is also inhuman and the product of an anti-poor mindset," Singh was quoted as saying in the letter accessed by PTI.

"This demand of your government seems politically motivated. It does not seem that your government wants to help our labourer brothers and sisters who are facing a disaster," the letter added.

The state government had asked Priyanka Gandhi to submit a list of buses along with the details of their drivers and conductors.

"All details of the 1,000 buses are attached with this e-mail. Out of them, a few drivers will be reverified and those details will also be mailed to you in a few hours. I hope you will give permission for those buses to ply as soon as possible," Singh was quoted as saying by PTI in the communication to the state government on Monday.

UP Congress Committee chief Ajay Kumar Lallu also said the required information would be submitted soon. “We had requested the UP government to allow 1,000 buses carrying migrants to enter UP from Rajasthan. We were asked for the details of the buses and drivers along with the conductors. We will be providing the entire list to the government shortly. We can no longer see our migrant brothers in pain," he said.

The party had then accused the BJP-run UP government of neglecting the request. "The offer made to the chief minister through the letter on May 16 in connection with migrant labourers has been accepted," Additional Chief Secretary Awasthi had said in a letter to Priyanka Gandhi's private secretary. Later in the day, she expressed her thanks to Adityanath.


Taking to Twitter, Vadra said, "Thank you for allowing us to run 1,000 buses at the expense of the Congress to help thousands of brothers and sisters walking on the roads in Uttar Pradesh."

(with inputs from Qazi Faraz Ahmad and PTI)
Tags: