Avinash Pande Out, Ajay Maken in as Rajasthan in-charge: After Quelling Desert Storm, Congress's Next Step to Safety

Maken was recently sent as observer by the party to Rajasthan to help resolve the differences and save the government from the possibility of losing its majority in the state assembly.

Congress chief Sonia Gandhi also set up a three-member committee to resolve the issues raised by party rebels in Rajasthan.

Senior party leader Ahmed Patel, Ajay Maken and general secretary organisation KC Venugopal have been made members of the panel.

The appointments come in the wake of a rebellion in the Rajasthan government with former deputy chief minister Sachin Pilot and 18 other MLAs revolting against Chief Minister Ashok Gehlot.

Welcoming Maken to the state, Pilot said, "Your appointment will definitely boost the expectations of Rajasthan Congress workers. I welcome Ajay Maken ji to Veer Bhoomi Rajasthan with a bright future."

Gehlot welcomed the move. "I welcome the decision of Sonia Gandhi ji to appoint Ajay Maken as AICC General Secretary in-charge of Rajasthan," Gehlot said in a tweet. 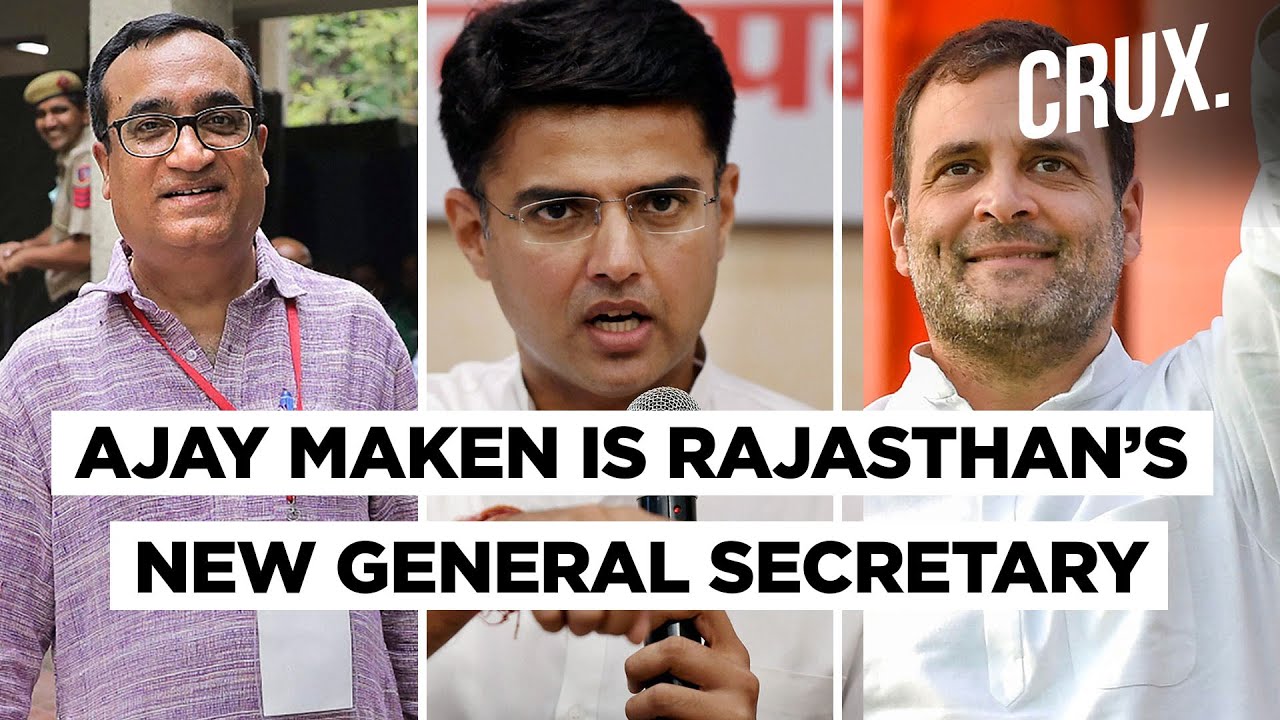 In another tweet, he said, "I congratulate Maken and hope that his vast organisational experience will help strengthen the party and energise party workers in the state. Eagerly looking forward to working with him." Gehlot also thanked the outgoing national general secretary and state in-charge Avinash Pande for his support.

Though the rebellion was quelled and a truce reached with Pilot and the other MLAs, the party leadership has announced the three-member panel to help in the smooth resolution of the issues raised by them.

Maken was recently sent as observer by the party to Rajasthan to help resolve the differences and save the government from the possibility of losing its majority in the state assembly. He was earlier the Delhi Congress chief.