Dalit Politics at Crossroads: How Kanshi Ram Unlocked Political Power with His '85 vs 15' Master Key

In Kanshi Ram’s scheme of things, mobilisation of backward communities was critical to building winning coalitions. A municipality election in 1987 gave him an opportunity to test his ‘85 vs 15’ master key to political power.

Sumit Pande
A decade of political upheaval was finally settled with Indira Gandhi’s emphatic victory in Lok Sabha elections in the winter of 1980. Or so it seemed.

The Janata Party had disintegrated; just like an amoeba. The Opposition was in tatters. The Congress was back with an absolute majority - at the Centre and in many states.

However, in politics, as in life, there is a beginning in every end. And an end to every beginning.

Six months after the Congress’ return to power in 1980, the wheels of change started to turn again.

Sometime during April that year, a motely group of political activists waited at the Uttar Pradesh-Bihar border to welcome Ambedkar Mela on Wheels. The tableau was a depiction of Dr BR Ambedkar’s life and struggle; and persisting discrimination against socially and economically weaker sections.

“The mela travelled that day from Manihar in Bihar’s Kaimur district to Chandauli,” recalls Jagannath Kushwaha, who has now parted ways with the BSP. 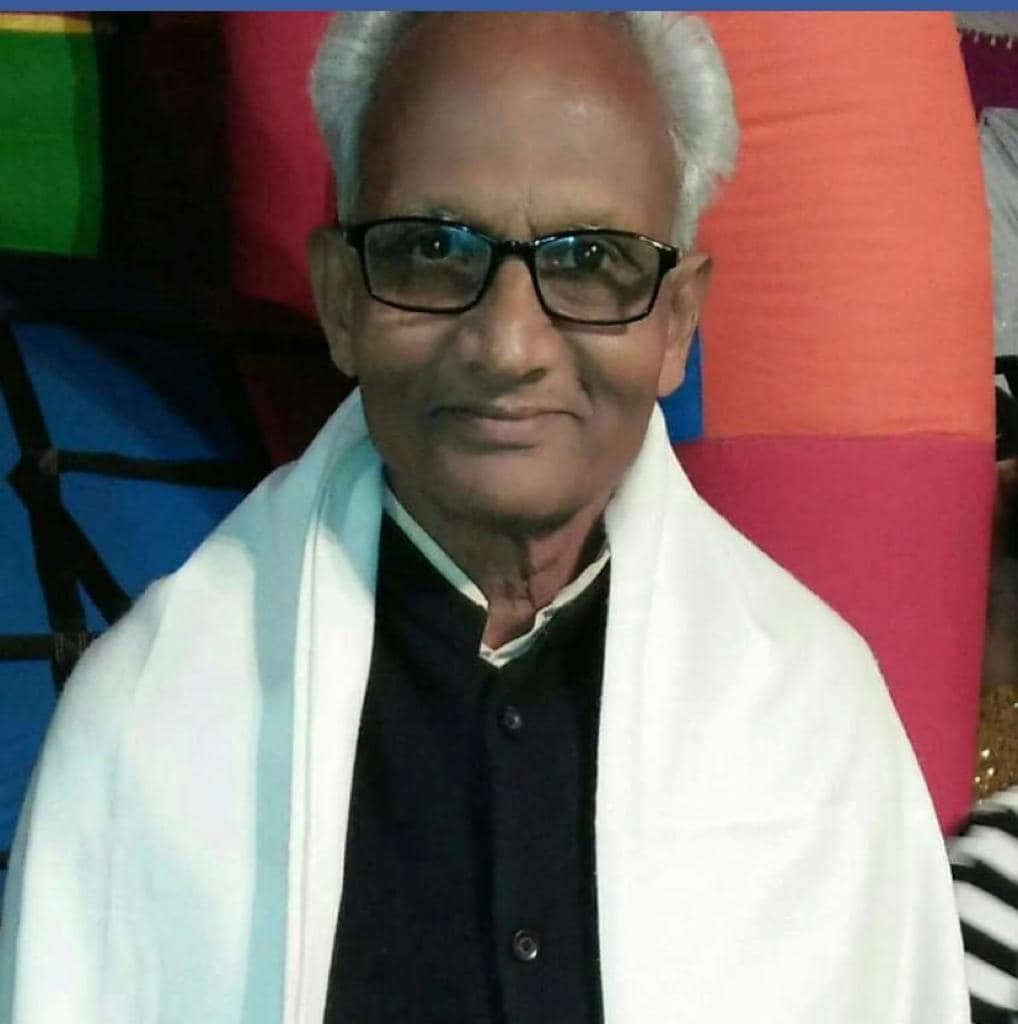 Jagannath Kushwaha contested the 1989 Lok Sabha polls on a BSP ticket from Chandauli.

Kushwaha, then all of 28, had found his ropes with a political outfit called Soshit Samaj Dal. The SSD was led by radical socialists Ram Swaroop Verma and Babu Jagdev Prasad.

Verma had earlier served as a minister in the 1967 Charan Singh government. Prasad, a disciple of Ram Manohar Lohia, had carved a niche for himself in the aggressive subaltern politics of Bihar. An MLA from Jehanabad district, he was killed in police firing while leading a protest march in September 1975.

By 1980, the post-Emergency Janata experiment had failed. And political activists like Kushwaha were floating about in search of an anchor.

“That was my first meeting with Kanshi Ram as we welcomed manyavar to Uttar Pradesh,” says Kushwaha.

Almost unnoticed for over two months, Kanshi Ram’s juggernaut travelled about three dozen cities in north India. In Lucknow, a young college graduate from Allahabad who heard his speech on social reforms was impressed. Like Kushwaha, Jung Bahadur Patel also decided to join the ranks and file of Kanshi Ram.

Patel would later contest to inflict a defeat on his political guru in a parliamentary election in 1996. But that’s a separate story which we will come to later.

Kanshi Ram, the former employee of Defence Research and Development Laboratory Pune, had finally hit the road to trigger a unique experiment in heartland politics in north India. The Backward and Minority Community Employees Federation, or BAMCEF, formed by Kanshi Ram and his associates in 1970 had weaved a strong network of support base among government employees.

A Long Journey From BAAMCEF to BSP

Kamta Prasad was an employee with the Bharat Sanchar Nigam Limited (BSNL) in Varanasi. In the early 80s, one Subedar Ram, an officer with the Income Tax department, took him along to meet an activist who was spearheading a national federation of Backward Class employees.

In that short meeting at the Mughal Sarai railway station, Kanshi Ram enrolled Kamta Prasad to lead the BAMCEF in 18 districts of eastern Uttar Pradesh.

“We travelled to Delhi for our meeting with manyavar once every month. And the message from the meeting was communicated to cadre as I travelled for work to other districts under my jurisdiction,” says Prasad, who has now retired from his government job and lives in Varanasi.

The message to Dalit employees was straight and simple -- efforts by Dr Ambedkar had helped them secure ‘fees, scholarship, job and promotion’. And for those who could thus attain economic stability, it was now payback time.

Kanshi Ram called a meeting of his core group of workers in Delhi. Feedback was collected, programs were given. And the workers returned to their posts.

Kamta Prasad recalls how they were asked to organise the ceremonial 13th day mourning after Babu Jagjivan Ram’s death in 1986.

“A program was organised in every fifth village. And we reached tried to reach out to our community through this exercise and explain our policies and programs,” Prasad says.

Before the formation of the BSP, in one of the meetings at Delhi’s Mavalankar Hall, Kansi Ram sought Jaganath Kushwaha’s views on why the Shoshit Samaj Dal had failed in its efforts to mobilise the social groups at the lower end of the caste hierarchy.

‘Sau mein nabbe shoshit hain, shoshiton ne lalkara hai. Dhan-dharti-raaj-paat mein nabbe bhaag hamara hai.’ (Deprived communities form 90% of the population, and thus it is our right to have 90% share in all resources).

This was popular slogan among SSD cadre. Like Kushwaha, Babu Jagdev Singh came from the backward Koeri community. And his messaging was particularly popular among lower section of the backward communities who were either tillers or had very small land holdings.

“Kanshi Ram explained to us how it was tactically futile for the SSD to launch an over-aggressive campaign against powerful and feudal communities. The idea was right, but the approach was wrong. He told us to remain under the radar while strengthening our network. So as to catch the adversary unawares,” Kushwaha says.

Kanshi Ram also adopted the SSD’s ‘90 vs 10’ approach to stitch a broad social coalition for his political mobilisation.

In 1982, Kanshi Ram published Chamcha Yug (Era of Stooges). The hundred-odd pages are addressed to his political constituency to warn against “fake and opportunist” leaders within the community.

The last but one page of the book has a chart to illustrate that 85 to 90 percent of the population remain at the receiving end of the social and political pyramid.

Broad-based inter-caste and community alliances were imperative to build a critical mass of votes to acquire political power to bring about social and economic equity.

So, in Kanshi Ram’s scheme of things, mobilisation of backward communities was critical to building winning coalitions. Having extensively travelled the state, he had a fair idea of the demographics. And as such, he could identify and promote leaderships in smaller social groups which were hitherto completely neglected.

In eastern UP, for instance, the BSP gave representation to Rajbhar, Chauhan, Maurya, Kushwaha, Nat, Nishad et al. And these caste groups together topped up the BSP’s core vote base among Dalits to create a winning combination.

Take the case of Kurmis in UP who are a socially and economically diverse caste group. In Rohilkhand region, the community is relatively economically well off and is seen to be politically aligned to the BJP. But in Poorvanchal and Bundelkhand regions, the same caste finds itself placed much lower on the social ladder. The BSP effectively used this intra-caste division to create a strong base among the Kurmis outside western UP.

A municipality election in 1987 gave Kanshi Ram his first opportunity to test his ‘85 vs 15’ master key to political power.

The otherwise non-descript town of Orai in Jalaun district on the Kanpur-Jhansi railway route is famous for just one thing - its gulab jamuns. Here they sell them fresh and warm them in clay pots covered with soft muslin.

And so it happened that one Akbar Ali was locked in a close contest against BJP’s Babu Ram ‘MCom’ in local body polls.

Ali, who was with VP Singh’s Janata Dal, lost by a close margin, but was successful in garnering votes from a large section of the Backward and Dalit communities.

Kanshi Ram was impressed. He came along with Mayawati and addressed a meeting in Orai to announce Ali as BSP’s candidate for the 1989 assembly polls. In the four seats in Jalaun district, the BSP fielded a Muslim candidate, two OBC and one Dalit face.

“The BJP tried to polarise the elections. ‘Bajrang Bali vs Ali’ was their slogan. And walls around the city were scribbled with graffiti,” Ali says.

The last Congress chief minister in UP, ND Tiwari, could not save the day for his party.

Of the four assembly segments in Jalaun, the BSP won three. Its candidate in the fourth seat stood second.

In the electoral history of post-Independence India, Akbar Ali would go down as the first candidate to win an election on the BSP election symbol - the elephant. He defeated BJP’s Babu Ram ‘MCom’. Results to the Orai seat were announced ahead of the other 11 assembly seats where BSP candidates had won.

Ali later became a minister in Mayawati’s first government. He left the party and after an extended sojourn to the SP and Congress, is once again back in the BSP.

But in his absence, so much has changed. Both in state politics and in the BSP.