Empty Promises: Both Congress and BJP Have Failed to Pass Critical Bill Protecting Farmers from Pesticides

Farmer deaths in Yavatmal, Akola, Amarwati and Nagpur brought the issue of pesticide management to the fore for a short while, but the unsafe use of pesticides continues unabated.

Yavatmal (Maharashtra): Almost two years after witnessing more than 40 deaths caused by hazardous pesticide spray, farmers of Yavatmal in Maharashtra still live under the constant threat of exposure to toxicity.

Neither do they have any clue of safety guidelines, nor do they have protective gear to protect themselves from the deadly chemicals. Moreover, they are wholly dependent on shopkeepers and retailers for aid and advice while purchasing the pesticide for their crops. Despite this, both the Congress and the ruling BJP, while making lofty promises to improve the condition of farmers, have failed to pass a legislation in Parliament which could have made the farmers’ life a little easier.

“In 2017, when 40 farmers died and more than a thousand fell sick due to pesticide spray (in the Vidarbha region), it was a wakeup call for all of us,” says 51-year-old Mohan Jadhav, a farmer from Shioni in Yavatmal.

According to him, most of the small farmers used to spray the pesticide in their fields themselves for years, but it’s for the first time they saw the “deadly effect” of the chemical spray on such a large scale. “Now most of the farmers employ poor labourers to this ‘risky job’. Anyone who can afford to pay someone else, doesn’t spray the pesticide himself. Who would like to risk his or her life,” Jadhav told News18.

Bandu Sonule, an agriculture labourer in Manoli village of Yavatmal, was one of the victims of the 2017 pesticide poisoning. He was the sole bread-winner for his family. Bandu’s wife Geeta has gone back to her parents for support where she is waiting for her children to grow up and stand on their feet. 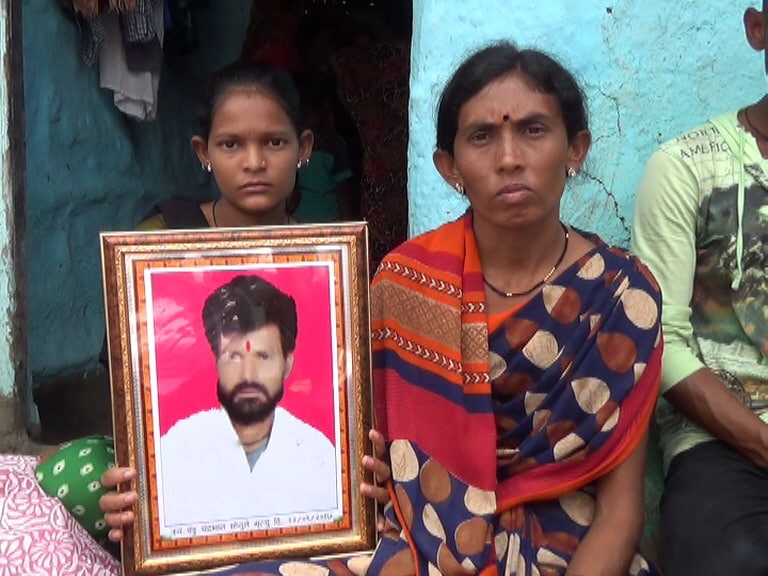 Bandu Chandra Bhan Sonule of Yavatmal died due to hazardous exposure to pesticide spray. His family is struggling to survive now.

Incidents of death and illness in Yavatmal, Akola, Amarwati and Nagpur brought the issue of pesticide management to the fore for a short while, but the unsafe use of pesticides has been killing farmers for years across the country.


Besides the lack of awareness, “gross negligence” in pesticide management in the country is also a problem. “Every year, there are about 10,000 reported cases of pesticide poisoning in India,” says Chandra Bhushan, deputy director general, CSE.

“The Ministry of Agriculture at the Centre and agricultural departments of the states are solely responsible for the unsafe use of pesticides in the country. Deaths and illnesses due to pesticides can be avoided if we can urgently fix some of the crucial gaps in our regulations and improve its enforcement,” he says.

Experts say a strong law could have plugged the loopholes of registration, market authorisation, distribution, surveillance, prohibition and monitoring of pesticide residue in the crop, but India is still governed by a more than 50-year-old law, the Insecticides Act 1968, which is rather weak and outdated, and does not address these issues effectively.

A fresh bill was conceived in 2008 during UPA-I. This new bill was supposed to replace the 1968 Act, but it was not even introduced in Parliament and lapsed later. Another effort was made in 2017, but the bill was just introduced in Lok Sabha and couldn’t go beyond that. This bill was criticised by several quarters as it does not address the intricate linkage between farming, environment and human health.

“We have been asking, and continue to demand for a statute that can regulate pesticides rigorously, given the various harmful effects from synthetic pesticides. Such a statute should also empower state governments to take prohibitory decisions at their own level, in addition to being embedded in latest post-modern science of pest management,” says Kavitha Kuruganti, who is associated with Alliance for Sustainable & Holistic Agriculture (ASHA), a nation-wide alliance of organisations working to improve farm livelihoods.

At a time when leaders from all political parties are covering the length and breadth of the nation, promising farmers all kind of relief, the nexus between marketing agents of pesticide companies and retailers remains a big problem which needs to be addressed immediately and effectively.


“Farmers are helpless as they do not have any choice. Often the shopkeepers sell any pesticide just to clear the pending stock with them. Poor farmers can’t refuse because they purchase it on credit,” says 49-year-old farmer Moreshwar Watile who lives in Manoli village, in the Ghatanji Tehsil of Yavatmal.

This is one of the biggest problems where the shopkeeper or retailer becomes the advisor of the farmer. This is an obvious conflict of interest as well.

“Farmers are heavily influenced by the last man in contact. Often, the agriculture extension machinery fails to reach to that level to advise the farmer or effectively address the issue of what kind of pesticides should be used and how it should be used to avoid toxic exposure to the farmer as well as minimise chronic effects to the consumer,” says Amit Khurana, programme director for food safety and toxins at CSE.

“Due to this gap created, the dealers or company representatives get the chance to influence the actual usage of pesticides by the farmers. This is not appropriate and should not be allowed to happen,” he adds.

One of the foremost concerns remains the fact that extremely dangerous Class-1 pesticides like Monochrotophousand OxydemetonMethyl are still in use in India, although they have been banned by several countries. For instance, Monochrotophous is banned by more than 60 countries across the world, including Sri Lanka for more than 10 years now. Class-1 pesticides are declared extremely hazardous by the World Health Organisation (WHO).

“Not much has changed. Farmers were exposed to this danger even 30 years ago. No government provided them any protection from such toxic exposure. Several farmers have now shifted the threat to poor labourers to spray toxic pesticides without any protection. The hope lies only if we shift to a model of less pesticide or no pesticide farming and to do that our political class will have to show a resolve,” says Devinder Sharma, agriculture policy expert who has been working on the farm issues for three decades now.