Senior Congress leader and former Haryana chief minister Bhupinder Singh Hooda said the farmers have the right to protest peacefully and by using water cannons and tear gas to stop their march, the state government is trying to muzzle their voice.

Haryana Congress leaders on Thursday slammed the Manohar Lal Khattar government for using water cannons and tear gas on farmers moving towards Delhi against the Centre’s farm laws, saying the BJP-led dispensation should exercise restraint and hold talks with the protesters. Senior Congress leader and former Haryana chief minister Bhupinder Singh Hooda said the farmers have the right to protest peacefully and by using water cannons and tear gas to stop their march, the state government is trying to muzzle their voice. Speaking to reporters in Rohtak, Hooda said the government should not try to suppress the voice of the farmers.

Water cannons were used against the farmers… The government should exercise restraint and hold talks with the agitating farmers and try to find a solution, Hooda, who is the Leader of the Opposition in the state Assembly, said. When the three farm laws were being framed, I had said that the Centre should bring a fourth law making it a punishable offence if anyone makes a crop purchase below the Minimum Support Price (MSP), he said. Haryana Congress president Kumari Selja alleged that the Centre has tried to break the backbone of the farmers by enacting the three anti-agriculture black laws. Now, when the farmers are peacefully protesting against these laws, they are not being allowed to do that either. The government has always tricked the farmers and today the government is not even giving them a chance to speak, she said. On the contrary, they are putting them in jails, using water cannons and tear gas on them, she added.

In a statement, Selja, a former Union Minister, also said the government should rollback the black farm laws and frame a law guaranteeing MSP for farmers. Congress chief spokesperson and former Haryana Minister Randeep Singh Surjewala said the farmers had full support of the party. Earlier, Punjab Chief Minister Amarinder Singh had lashed out at the BJP-led government in Haryana, saying the use of “brute force” against the farmers is totally undemocratic and unconstitutional. Haryana had earlier announced to completely seal its borders with Punjab to prevent farmers from entering the state for their ‘Delhi Chalo’ march against the Centre’s farm laws on November 26-27. 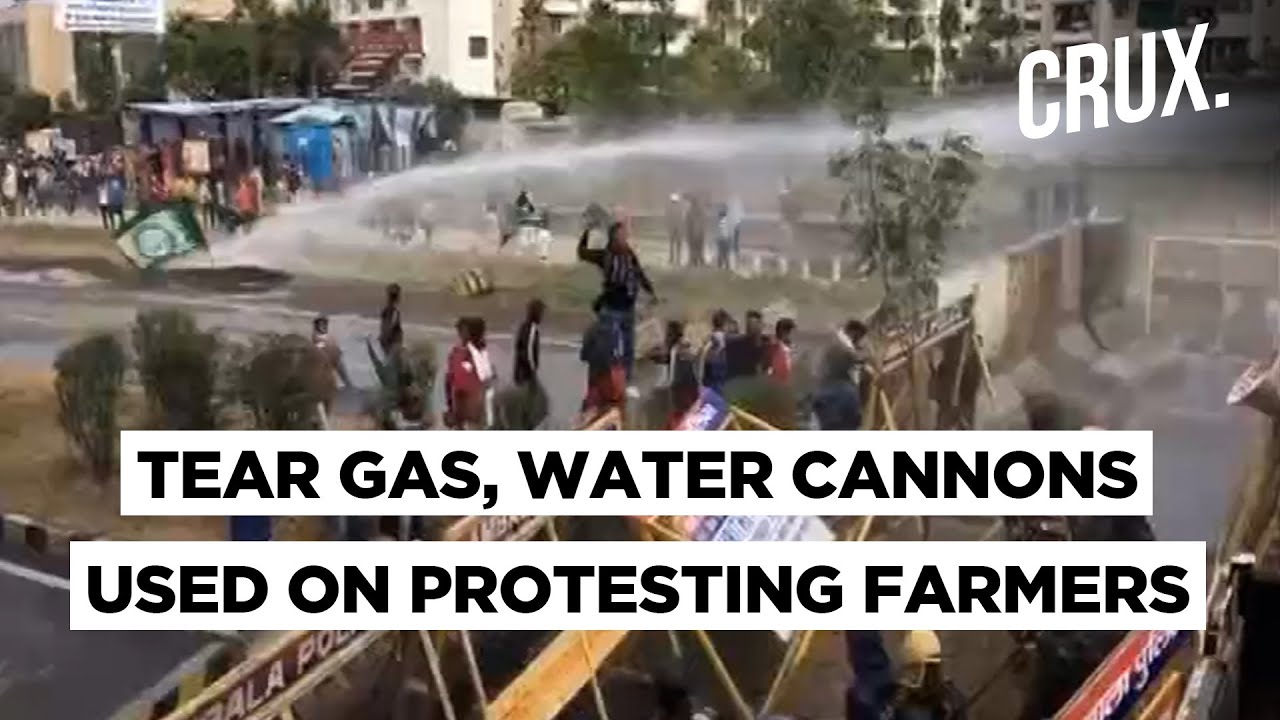 The Haryana Police on Thursday used water cannons and tear gas to disperse farmers from Punjab at the Shambhu inter-state border who allegedly broke through police barricades to enter Haryana. Protesting farmers have expressed apprehension that the Centre’s farm laws would pave the way for dismantling of the MSP, leaving them at the “mercy” of big corporates. The government has maintained that farm laws will bring farmers better opportunities and usher in new technologies in agriculture.