The answer lies both in what the state police and the SIT came up with in their initial probe and the larger political narrative to salvage the UP administration's image.

After coping with days of intense political attacks, spiralling protests on the ground and nonstop media scrutiny against the backdrop of the alleged gang rape of a young woman in Hathras and her subsequent hurried cremation on the night of September 29, Uttar Pradesh chief minister Yogi Adityanath broke his silence on October 4th with a sensational charge that behind the demonstrations and campaigns was a sinister design to defame his government and provoke riots in the state.

His statement marked a new beginning in an already murky case. The beginning of an offensive after days of defence. The chief minister’s claims came just a day after his government recommended a CBI probe in the “entire Hathras case”. The question is what propelled the CM and his government to go aggressive.

The answer lies both in what his police and the SIT came up with in their probe till then and the larger political narrative to salvage his own personal image and address the possible backlash because of the delicate caste sensitivities attached to this case.

IRON CURTAIN PAVES WAY FOR 'NOTHING TO HIDE' APPROACH

As intense media attention and politics got centred on Hathras, the Yogi government’s first response was to stonewall the protests and also the press coverage at ground zero. Though the state administration announced the formation of a special investigation team (SIT) under the home secretary and senior IPS officer Bhagwan Swaroop to look into the case, subsequent police inaction, a hurried cremation and the approach of authorities towards the protests didn’t send the right signals. 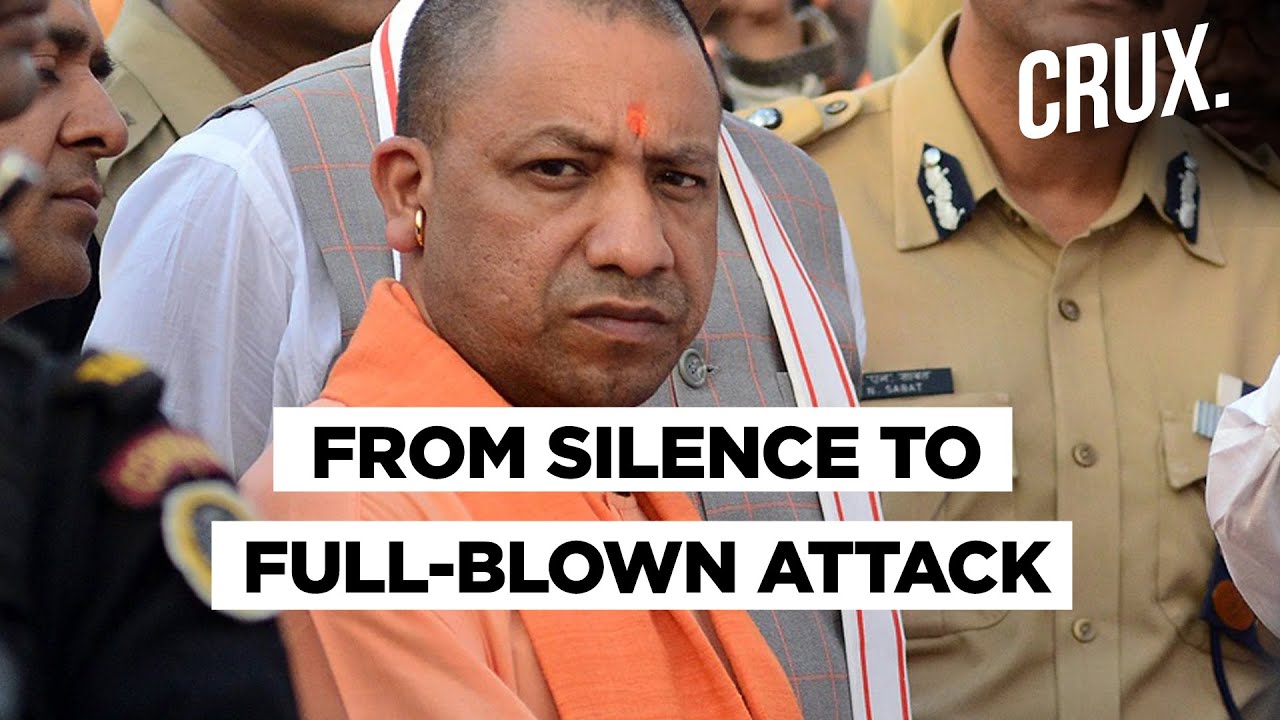 On the defensive, the government continued with its policy of keeping Hathras and the victim’s village behind an iron curtain. No one was allowed to go there. Even for journalists it was not easy to meet the victim's family and report from the ground. This approach was further reflected when Congress leaders Rahul and Priyanka Gandhi were stopped from going to Hathras and were detained on the Greater Noida expressway. Rahul Gandhi was allegedly also pushed down by a UP police officer.

However, this attempt to brazen it out didn’t work, as the government found itself with its back to the wall amid growing criticism, and there was a rethink. The panic was also visible in a small but significant bureaucratic reshuffle in Lucknow as the additional chief secretary (information) was replaced. The state government also suffered a major embarrassment as the Allahabad High Court took suo moto cognisance of the midnight cremation and sought a reply.

As part of the new approach, while both Rahul and Priyanka along with a team of senior Congress leaders were allowed to go to Hathras on October 3, restrictions on the media’s entry in the village were also lifted. The government shifted from a policy of confrontation to a “nothing to hide” line. The chief minister on the very same night also recommended a CBI probe in the case.

On night of October 3, as Rahul and Priyanka were meeting the family of the victim in Hathras, UP's director general of police HC Awasthi and ACS (home) Avneesh Awasthi met chief minister Yogi Adityanath at his residence in Lucknow to brief him about the initial findings of the SIT. Sources say on the basis of this briefing the CM got increasingly of the view that there was probably more to the case and protests around it than what meets the eye.

Based on this conclusion, the CM is said to have decided to ask for a CBI probe in the matter. Soon afterwards, Yogi Adityanath’s office tweeted that “entire Hathras case is being recommended for a CBI probe”. But recommending a CBI probe was not the only decision taken by the CM. He also decided to launch a political counterattack, the first glimpses of which came the very next morning.

On the morning of October 4, the CM came forward to allege that behind the protests was a larger ploy to defame his government and push the state to the brink of riots and unrest. He accused the opposition of trying to play politics on caste and religious lines. Soon after, the UP Police was on a spree of registering FIRs. In all, 19 of them were lodged. One in Hathras even slapped sedition charges against unidentified people. This FIR spoke of some foreign-funded websites fanning protests against the backdrop of the Hathras case.

The counteroffensive thus started was followed by the arrest of four people allegedly associated with the extremist organisation Popular Front of India (PFI). Those arrested also included a Delhi-based journalist from Kerala. UP Police claimed these arrests were clear proof of anti-national elements being involved in the protests. Soon it was also revealed through “government sources” that foreign funding of up to Rs 100 crore was made to certain groups behind the protests.

The entry of a “PFI angle” brought a communal twist to the matter, and the ruling BJP and the government were quick to jump on it. As an attempt to build a counternarrative gained pace, the BJP sensed an opportunity to undo the damage in the face of a possible Dalit backlash.

MATTER IN SUPREME COURT AND POLITICS ON THE GROUND

Even before the petition in the Hathras case came up for hearing in the Supreme Court on October 6, the UP government went ahead and filed an affidavit in the court, expressing its desire for an apex court-monitored CBI probe. The move further gave credibility to the argument that the “government had nothing to hide”.

Even as the court fixed the hearing for the next week, the UP administration continued to move forward with its own investigations. On the morning of October 7, the SIT in the matter was given 10 more days to investigate.

As the SIT continues to probe and the CBI investigation is still awaited, selective leaks from the UP Police and the government continue to emphasise on the counternarrative, building a veil of suspicion on the deceased rape victim and her family’s claims. From details of telephone calls between the victim’s brother and one of the accused to foreign funding and international conspiracy: inputs from the UP Police are being endorsed by some and seen with suspicion by others, all depending upon political convenience.