Babul Supriyo on Sunday said he cannot say that he respects the people's verdict in a tweet.

After BJP’s defeat in West Bengal, a displeased Babul Supriyo on Sunday said he cannot say that he respects the people’s verdict in a tweet, which he later deleted. The BJP MP said the people have made “a historic mistake” by electing “the cruel lady back to power”.

The TMC got a landslide victory in the assembly elections, overcoming the might of the BJP after a bitter campaign that had turned into a virtual duel between Chief Minister Mamata Banerjee and Prime Minister Narendra Modi. Banerjee’s Trinamool Congress won an absolute majority with 210 seats and was leading in 3 more out of 292 constituencies which went to the polls this year.

“Neither will I congratulate Mamata Banerjee for her win in Bengal nor do I wish to say that I ‘respect’ the people’s verdict because I sincerely think that people of Bengal made a historic mistake by not giving Bharatiya Janata Party a chance and by electing this corrupt, incapable, dishonest government and the cruel lady back to power!! Yes, as a law-abiding citizen, I shall ‘obey’ the decision taken by the people in a democratic country. That’s it!! Nothing more-Nothing less!!,” the post read. 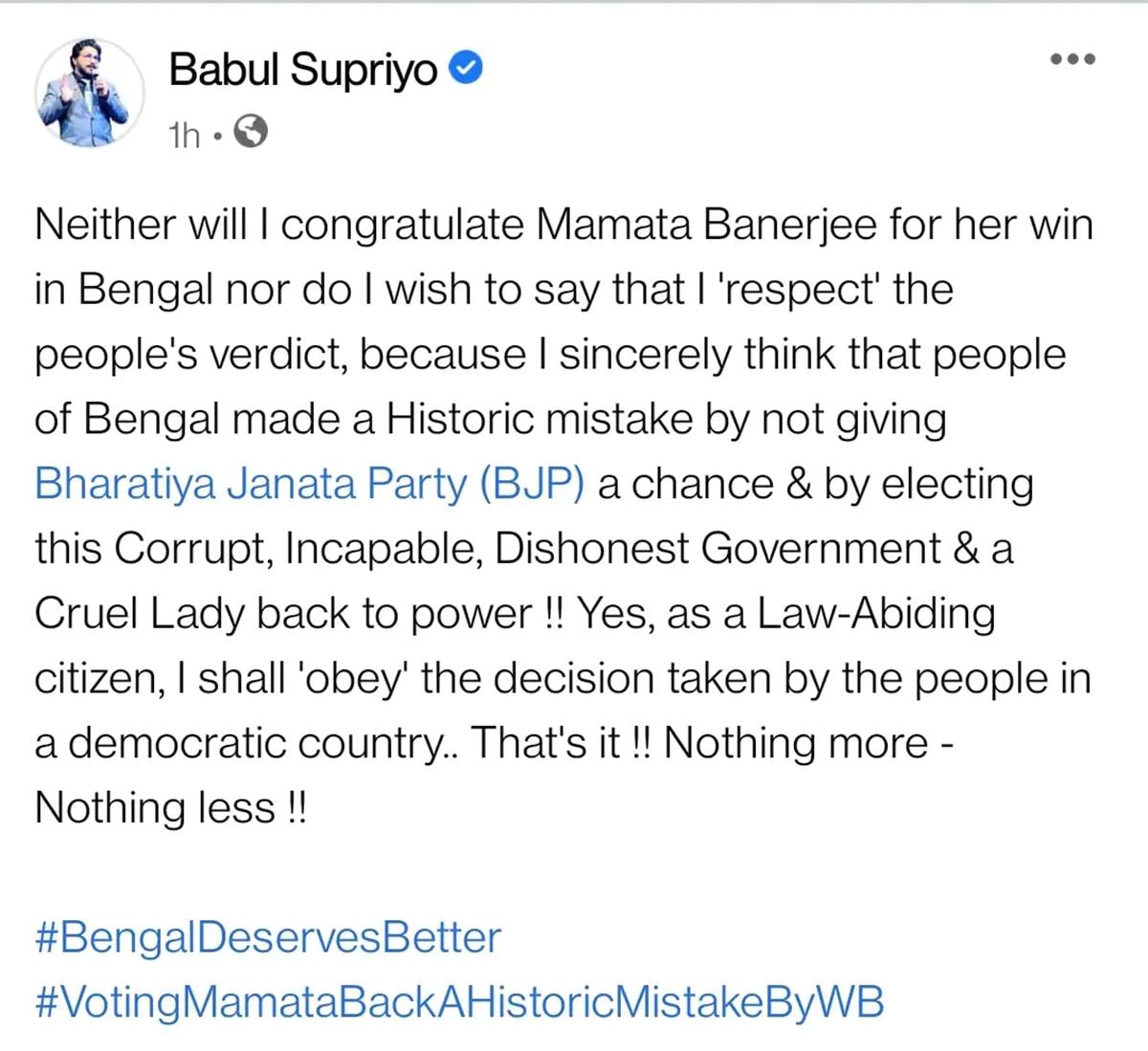