Naidu visited Ramateertham temple in Visakhapatnam, where a 400-year-old idol of Lord Rama was beheaded, and alleged that Reddy’s administration was deliberately going slow in stopping the attacks on temples as the CM was a Christian.

TDP president N Chandrababu Naidu on Saturday accused Andhra Pradesh chief minister YS Jagan Mohan Reddy of being a “betrayer of Hindus” as his administration was not making any efforts to catch the culprits behind several attacks on temples and idols in the state.

Naidu visited Ramateertham temple in Visakhapatnam, where a 400-year-old idol of Lord Rama was beheaded, and alleged that Reddy’s administration was deliberately going slow in stopping the attacks on temples as the CM was a Christian. He said not a single accused person has been arrested so far in over 127 attacks on temples, idols and priests in the past 19 months.

“Jagan Reddy may be a Christian. But thinking that he can use this power to converts Hindus is wrong. If people in power resort to religious conversions, it amounts to betrayal,” Naidu told a well-attended gathering after meeting local leaders and priests at the temple.

Naidu said that he usually sticks to secular statements, but could not spare Reddy considering his utter disregard for the sentiments of other religions and their traditions.

“One should not show such religious intolerance. ‘Jai Shri Ram’ slogan resounds in Ayodhya’s Ram temple. Similarly, Ramateertham Rama temple has always been held in high respect in North Andhra. In such a temple, miscreants beheaded Rama statue but the government was not taking any steps to catch the culprits,” he told the crowd.

Naidu demanded an explanation from the CM on why he had not visited the temple to express solidarity with the Hindu devotees whose sentiments were badly hurt. 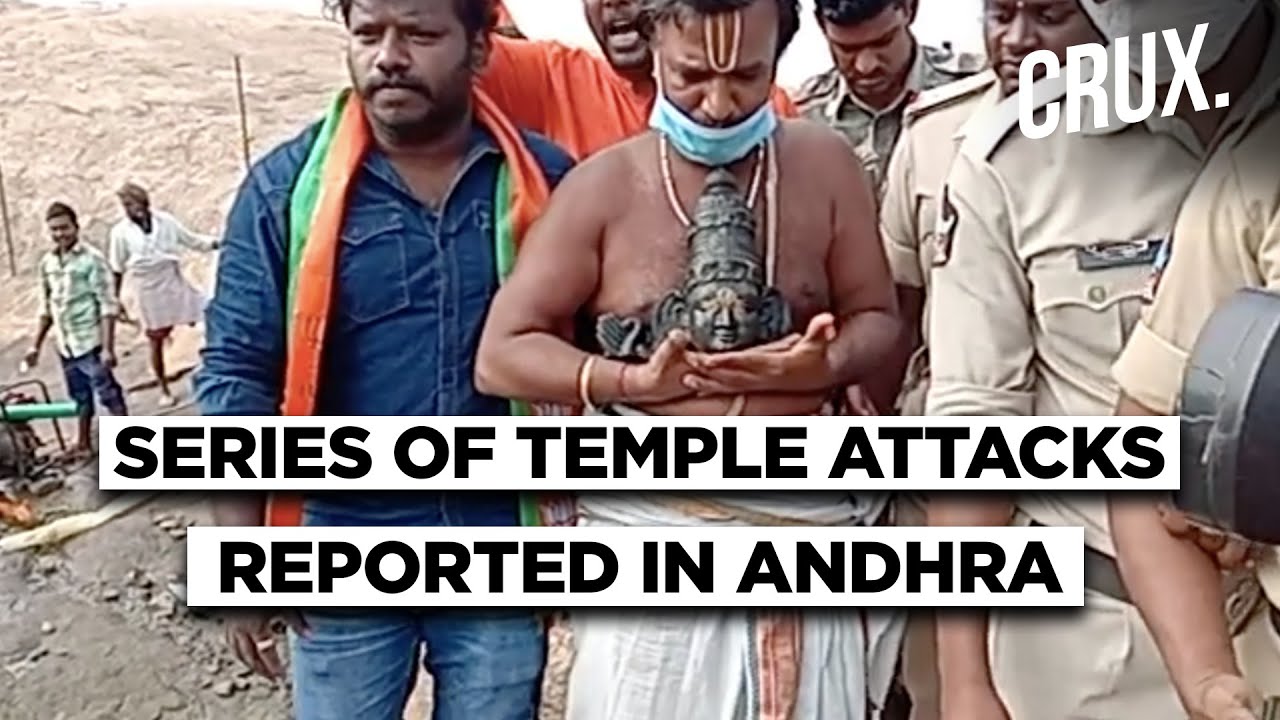 Naidu further remarked that Reddy had his own personal religious sentiments. “He keeps the Bible by his side during his swearing-in. His palatial residence at Lotus Pond carries the image of a Cross on it. But it appears the CM thinks Hindus do not deserve similar sentiments. He should realise that beheading of Rama statue was a great disgrace to the land,” he said.

Accompanied by senior party leaders, Naidu went to the hilltop temple by taking the steps. The TDP has been protesting against the vandalism of the 400-year-old statue of Lord Rama. The incident has also been condemned by other political parties.