Kalraj Mishra now finds himself on the other side of the fence as Rajasthan CM Ashok Gehlot accuses him of stalling a show of strength in the assembly.

Kite flying in Lucknow formally begins a day after Diwali. That is well after the cloud-laden ‘purvaiyya’ has run its course. And the westerly rushes in on cue to bid farewell to the retreating monsoons.

In the autumn of 1997, the winds of change started to blow a bit early than expected. Just three weeks into office as chief minister of Uttar Pradesh for the second time, Kalyan Singh, who was then heading the BSP-BJP coalition government, was facing open criticism from its ally.

The BJP leader had replaced Mayawati at the helm, after the latter’s six-month tenure as ‘rotational CM’ of the coalition government ended in the third week of September. The tenuous ties between the two parties finally broke a month later when BSP wrote to Governor Romesh Bhandari withdrawing support.

The next day Kalyan Singh moved a trust motion in the state assembly. Violence broke out. Mikes were used as missiles. Chairs as shields.

Singh’s deputy, sitting next to him in the house, took a blow on the head. Pictures of Kalraj Mishra on the right of CM Kalyan Singh, bandaged at forehead are perhaps one of the most lasting images of the fracas. Despite injury, Mishra returned to the house that evening to pass the vote of confidence in the government.

A few hours later, on recommendations of Governor Bhandari, the BJP government was dismissed. All party MLAs and those supporting from outside - a total of 222 in the house of 425 - were flown out of Lucknow in a Sahara India chartered flight to Delhi.

“Kalraj ji was injured and hence he did not take the flight to Delhi. He and Kalyan Singh remained in Lucknow to manage things in the state capital,” recalls a former close aide of Mishra.

The MLAs staged a protest at Rashtrapati Bhawan, seeking intervention from President KR Narayanan. In one of those rarest of the rare cases, the President returned IK Gujral led United Front government’s proposal to dismiss the UP government. This, despite Mulayam Singh Yadav - the then Defence Minister and ally - pressed for imposition of President’s rule. So did Congress President Sitaram Kesari, whose party was supporting Gujral from outside.

Twenty three years later, Kalraj Mishra is the governor of Rajasthan. Congress MLAs have staged a protest at Raj Bhawan seeking a floor test as the political crisis in the state enters its third week. It’s yesterday once more. 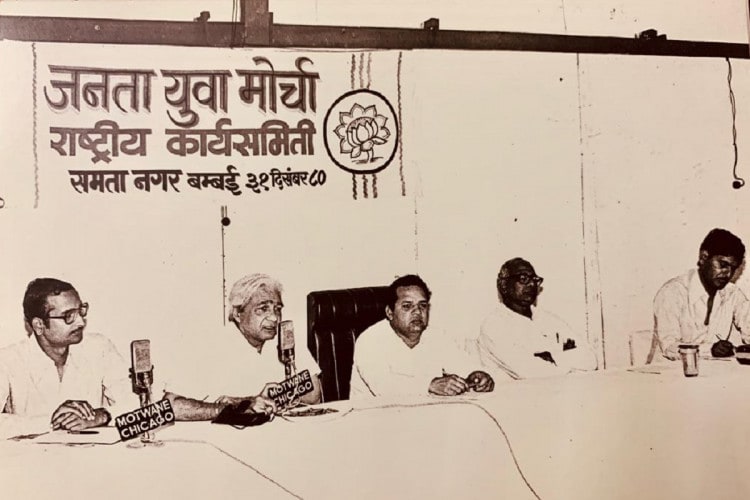 The trio of Kalyan Singh, Mishra and Rajnath were tested in UP again a few months later in the middle of Lok Sabha polls in 1998 as the group of rebel Congress MLAs supporting the government withdrew support. Governor Bhandari swung into action and sacked Kalyan Singh to install Jagdambika Pal as CM at mid-night. Former PM Atal Bihari Vajpayee announced a fast unto death. The Allahabad High court had to intervene to order a floor test in the state assembly that Kalyan Singh again won.

Mishra comes from the Jan Sangh stable- the earlier avatar of the BJP. The first president of BJP’s Youth Wing in 1978, he entered Rajya Sabha the same year, when he was just 38.

He became a minister in Kalyan Singh government in 1991, when the BJP first came to power in UP. A close aide of former PM Vajpayee, Mishra, however, remained a perpetual number-2 to all BJP CM’s in UP.

The best opportunity for a promotion came in 1999 when Kalyan Singh was removed for openly challenging Vajpayee. There were many contenders for the top post. So as a compromise formula, the party brought back Ram Prakash Gupta from retirement and installed him as CM.

The stop-gap arrangement ended with Rajnath Singh’s oath as UP CM a few months later. And Mishra became his number two.

In 2012 UP assembly polls, Nitin Gadkari and Sanjay Joshi tried to project Mishra un-officially as party’s face for CM’s post. But it all came a cropper.

Can Rahul Gandhi Establish A Truce Between Ashok Gehlot And Sachin Pilot?

Two years later, Mishra contested Lok Sabha polls from Deoria in eastern UP and was nominated to the union council of ministers in the Modi government. Having surpassed the 75-year threshold, he was denied a ticket in the next election and was instead accommodated as Rajasthan governor where he currently is: in the thick of all the action.

A veteran of many run-ins with governors in Lucknow Raj Bhawan, Kalraj Misha now finds himself on the other side of the fence.