Chief Minister Pinarayi Vijayan said this is not the time to celebrate the huge win and the fight against COVID-19 will continue.

The Left Democratic Front (LDF), led by Chief Minister Pinarayi Vijayan, scripted history by bucking the over four decade-old trend of alternate front governments in Kerala. As it headed for a clean sweep and retained power in 140-seat Assembly, it scripted a new chapter in the state’s electoral history and also ensured that the red flag will continue to fly in the lone Left bastion in the country. Though the official announcement is yet to be made, the CPI(M) led LDF has won 99 of the total of 140 seats, while Congress-headed UDF opposition won in 41 constituencies. The BJP-led NDA has drawn a blank. “The historic victory is a recognition of the LDF government’s five year rule. It is the people’s victory. They trusted us and we trusted them. The election was a big political fight for us,” Vijayan said in Kannur.

Addressing the workers, he said, “This is not the time to celebrate our huge win. Many wanted to celebrate but they have held back. Our fight against COVID will continue.”

Congress leader Ramnesh Chennithala accepted the defeat, while stating that it was unexpected. “We accept the verdict of the people. It was unexpected. UDF is still a formidable force in Kerala. We will introspect into our functioning. We had exposed the loot and corruption by LDF in Kerala. This does not mean that those issues can be washed away. I congratulate all the winners,” he said. Meanwhile, the BJP faced a crushing defeat after it failed to retain its lone seat in Nenom. In Palakkad, where ‘Metro Man’ E Sreedharan was leading till the afternoon, Congress candidate Shafi Parambil was declared winner.

Gratitude to the people of Kerala who supported our Party in these elections. I appreciate the efforts of our industrious Party Karyakartas, who will continue serving the people of the state and strengthen the party at the grassroots level.

Kerala Elections 2021 | "This is the first time in Kerala that we have a continuation of governmemt. LDF got resounding victory with landslide mass support. Reflection of the policies of LDF and the social security mission policies by the state government. It reflects the commitment of the people for secularism. This is a great achievement for the people of Kerala. Last time, the BJP was able to win by one seat mainly because of classic support by UDF. Now, people did not accept the BJP and closed the single seat. Party at the Centre does not have a representation in Kerala. It is a great achievement of Kerala," said LDF convenor A Vijayaraghavan.

No Swearing-in Ceremony Tomorrow: Pinarayi Vijayan | "The news that the swearing-in ceremony will take place tomorrow is not true. The resignation will be submitted when I reach Thiruvananthapuram tomorrow. The rest will be decided after discussion with the party and the Front," said Kerala Chief Minister Pinarayi Vijayan. 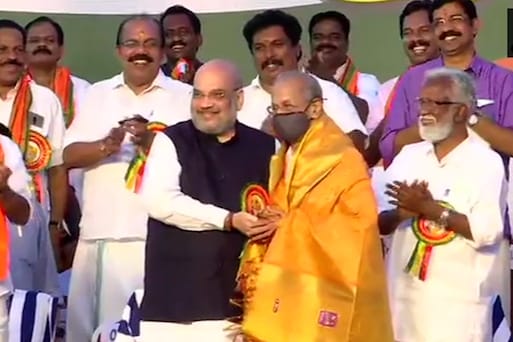 The Bharatiya Janata Party has faced a crushing defeat in the state of Kerala after it secured no seats in the 2021 Vidhan Sabha Elections. Chief Minister Pinarayi Vijayan's statement that the Bharatiya Janata Party, which had won one seat in Kerala in the 2016 Assembly polls, would see its account getting closed this time, has come true…

People Defeated Communal Forces: CPIM Leader | "People's mandate proves that they are happy with the pro-people policies of LDF government. It is a victory of people. Prime Minister Narendra Modi with half a dozen ministers campaigned here but they even lost the one seat they had. People here have defeated communal forces," says CPI-M leader Kodiyeri Balakrishnan.

Fight Against Covid-19 Will Continue: Pinarayi Vijayan | "This is not the time to celebrate our huge win. Many wanted to celebrate but they have held back. Our fight against Covid-19 will continue. Over 32,000 people have tested positive for Covid-19. Forty-two people have died today due to Covid-19," said Chief Minister Pinarayi Vijayan after winning Kerala elections 2021.

Thomas Isaac Speaks on LDF's Victory | Speaking on LDF's victory in Kerala elections, State Finance Minister and CPIM leader Thomas Isaac said that the LDF has closed the "account that BJP opened in the 2016 Kerala assembly".

We have closed the account that BJP opened in the Kerala assembly in 2016 election. Kerala has become the only assembly in India that has no representative from BJP. Kerala will remain the citadel of secularism in the country. #LDFVictory

KK Shailaja Thanks People of Kerala |  "It was out development related actives and the way we tackled situations like Nipha, floods and Covid-19 also helped us to win the elections. We are thankful the people of Kerala and we will continue to work for the people, said Kerala Health Minister and CPI(M) leader KK Shailaja after winning by a majority of over 61,000 votes from Mattannur constituency in Kerala elections 2021.

Congratulations to the Chief Minister of Kerala Shri @vijayanpinarayi on his party’s victory in Kerala Assembly elections. My best wishes to him for his next tenure. Videos showed workers from parties likely to win going on victory processions, dancing in the streets and smearing gulal.

People of Kerala have reposed faith in you becoz of ur pro-people governance.

My congratulations to @CMOKerala @vijayanPinarayi for his remarkable re-election, a first in 44 years. It is our duty to respect the confidence the people have shown in him & his government. In the fight against #Covid & communalism, he should have our support.

E Sreedharan Loses Palakkad Seat | BJP candidate E Sreedharan, popularly known as ‘Metro Man,’ has lost Palakkad assembly seat by 7,403 votes against Congress candidate Shafi Parambil. Sreedharan had joined the BJP recently with much-celebrated event among the party lovers in and out of the state.

The Bharatiya Janata Party has faced a crushing defeat in the state of Kerala after it secured no seats in the 2021 Lok Sabha Elections. 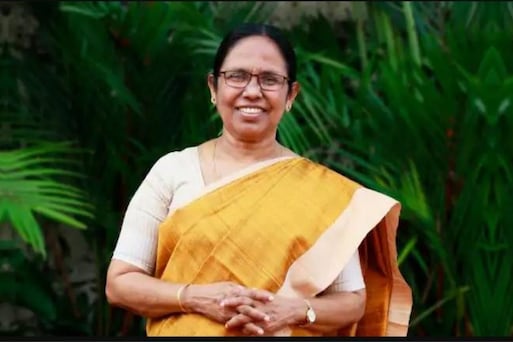 Communist Party of India (Marxist) candidate KK Shailaja, who is also the Kerala Health Minister, is leading by a huge margin of almost 61,000 votes in the Mattannur constituency against her…

KK Rema Leads from Vadakara Seat | RMP candidate KK Rema is leading from Vadakara constituency in Kerala. Rema is the wife of slain TP Chandrashekaran, who was hacked to death. A local leader from CPI(M) was arrested in alleged connection with the murder. In this elections, Rema was supported by the Congress.

People of Kerala have always shown their cleverness and commitment towards secular and welfare political ideology. I congratulate comrade Pinarayi Vijayan on his and LDF's consecutive victory.@vijayanpinarayi

Orders on Victory Processions Being Flouted: EC Tells Political Parties | The Election Commission today told political parties that its ban on victory processions during and after counting of votes is being flouted, and asked them to restrain their workers from violating Covid-19 guidelines. The EC wrote to the heads of recognised parties about its instructions being ignored, amid reports of party workers holding celebrations in states where counting of votes is underway. "It has been brought to the notice of the Commission that even after the directions and advisories already issued by the Commission to ban victory celebrations during counting day until the period of model code, at some locations in some states, the victory celebrations are being carried out today by the party workers and representatives in contravention of the Commission's directions," the poll panel said in its letter.

Congress Candidate Leads from Palakkad Seat | In Palakkad assembly seat, Congress candidate Shafi Parambil is leading by 3,840 votes in Kerala elections. BJP candidate E Sreedharan, popularly known as ‘Metro Man,’ is trailing so far. In the 2016 elections, Shafi Parambil had won in this seat by defeating BJP's Sobha Surendran by a margin of 17,483 votes.

Kerala Election 2016 Results | In 2016 polls, the Left Democratic Front (LDF) had won 91 of the state’s 140 seats, while the Congress’s United Democratic Front had bagged 47 seats. The BJP and an Independent had won one seat each.

Congress Leader Accepts Defeat in Kerala | "We accept the verdict of the people. It was unexpected. We accept this verdict. UDF is still a formidable force in Kerala. We will introspect into our functioning. We had exposed the loot and corruption by LDF in Kerala. This does not mean that those issues can be washed away. I congratulate all the winners," says Congress leader Ramesh Chennithala.

Kerala Elections 2021 | If the Kerala exit polls come true, Chief minister Pinarayi Vijayan’s Left alliance will return to power in the state. Leads at today's 3 pm show the LDF at 97 seats and UDF at 42 seats. BJP doesn’t have leads in any seat as the party is trailing both in Palakkad and Nemom.

Election Commission of India Issues Statement | "Counting has not slowed down, due to heavy load the server has slowed down. Counting is continuing in the constituencies without any let-up," says ECI. KK Shailaja Leads from Mattannur Seat | Kerala Health Minister KK Shailaja is leading by a margin of over 61,000 votes from Mattannur constituency. It is being said that this is the highest margin by any candidate in Kerala's election history so far.

Later, Finance Minister Thomas Isaac wrote on Twitter, “We have closed the account that BJP opened in the Kerala assembly in 2016 election. Kerala has become the only assembly in India that has no representative from BJP. Kerala will remain the citadel of secularism in the country.”

Strong rooms in the state opened early in the morning on Sunday, with ballot votes being counted first. The election is crucial for both alliances as Vijayan is looking to continue in the CM’s chair and the Congress tries to win back power in the state. Since Kerala is the only Left-ruled state in the country and Congress leader Rahul Gandhi led the Kerala campaign for his party, the outcome of this election is important for the political future of both the camps. If the Congress-led alliance wins, it will be the sixth state to be ruled by the grand old party in the country.

Like in Tamil Nadu before 2016, Kerala has always voted to change governments in the state every five years. But if the exit polls are anything to go by, Vijayan may stay in power, which will be a break in tradition. While the BJP too led an aggressive campaign in the state, none of the exit polls has predicted more than three to five seats for it in the state.

Political observer NM Pearson had told News18, “The most important aspect of the assembly election in Kerala is that it may determine the future course of action of the three major political fronts. Hence, it is vital for all of them.”

The Kerala High Court, meanwhile, asked the police and district collectors to ensure that no assembly of people takes place in the state for four days from May 1 in connection with the counting of votes for assembly elections on May 2. Whichever party wins, celebrations are going to be muted as the court banned victory processions of political parties in light of the Covid surge in the state and across the country.