Election 2019: Naga People's Front to Pull Out from BJP-led Manipur Govt After Polls

On Friday, Naidu had met CPI (M) general secretary Sitaram Yechury and Aam Admi Party (AAP) chief Arvind Kejriwal on Friday, and discussed with them the possible tie-up in the post-election scenario.

Ahead of the byelections in West Bengal's Barrackpore, two cars were burnt down and crude bombs thrown in Bhatpara. BJP and TMC blame each other for the incident.

AIMIM president Asaduddin Owaisi has said reports of a war within the Election Commission were worrying and emphasised on unanimity of views in the poll panel. ECI is one of the more trusted public institutions in the country, a 'war within' is extremely worrying. "The SC, in TN Seshan case had made it clear that CEC doesnt enjoy a higher status than other ECs & must strive towards unanimity. Basic Constitutional norms must be respected," he tweeted.

The SAD has urged the Election Commission to deploy additional paramilitary forces in Ferozepur and Bathinda constituencies, from where senior party leaders Sukhbir Singh Badal and Harsimrat Kaur Badal are contesting the general election, respectively.  In a letter to the Chief Election Commissioner just a day ahead of the election, Akali Dal's senior vice president and spokesperson Daljit Singh Cheema said additional paramilitary forces were required in these two constituencies to ensure free and fair elections. The letter, which was written on behalf of the Diamond Harbour candidate, said that the PM during his rally address had tried to mislead the people.

NPF to Withdraw Support From BJP Govt in Manipur | The Naga People's Front has decided to withdraw support from the BJP-led Manipur government after the conclusion of the Lok Sabha polls. Former CM TR Zeliang tweeted an explanation: "This decision at this juncture is necessitated due to the indifferent attitude of the BJP towards us, its coalition partner in Manipur and also in the State of Nagaland. Further implementation of this decision will be finalised after the Election process."

This decision at this juncture is necessitated due to the indifferent attitude of the BJP towards us, its coalition partner in Manipur and also in the State of Nagaland. Further implementation of this decision will be finalised after the Election process.

Uttarakhand Congress has lodged a complaint with the Election Commission against PM Modi's tour to Kedarnath and Badrinath. Mamata Banerjee Urges EC to Complete Elections Peacefully Without 'Govt Interference' | West Bengal CM Mamata Banerjee has written to CEC Sunil Arora saying that the violence during Amit Shah's Kolkata roadshow was deliberate as Section 144 had been withdrawn. "The roadshow was itself a deliberate, intentional and a criminal conspiracy to vandalize the culture and heritage of Kolkata and West Bengal and also to defame the West Bengal Government and its people," the letter reads. She has also urged the EC to complete the elections without "government interference". The BJP has written to CEO Lucknow against BSP chief Mayawati for allegedly violating Model Code of Conduct. The saffron party alleges that Mayawati had posted tweets to influence voters after campaigning hours ended for phase 7. BJP West Bengal chief Mukul has now written to the Election Commission seeking its permission to stay at Howrah constituency adjacent to Kolkata, which will head to the polls tomorrow. Earlier, the TMC had written to the EC highlighting that Roy is a "non-voter" and should hence leave the state for the duration of the phase.

Ahead of phase 7 of the Lok Sabha elections, polling parties in Jharkand's Dumka leave for their respective stations after collecting EVMs and VVPATs. Polls will be held in three constituencies in the state tomorrow

Jharkhand: Polling parties leave for their respective polling stations after collecting EVMs & VVPATs in Dumka. Polls will be held for 3 parliamentary constituencies in the state tomorrow. #LokSabhaElections2019 pic.twitter.com/UyYXgdvRks

TMC leader and the nephew of West Bengal CM Mamata Banerjee, Abhishek Banerjee has sent a defamation notice to PM Narendra Modi for allegedly making derogatory remarks against him at a public rally in Diamon Harbour on May 15. Chandrababu Naidu Meets Akhilesh Yadav in Lucknow | Andhra Pradesh CM has called on Samajwadi Party chief Akhilesh Yadav. continuing his efforts to put together a coalition to form the next government at the Centre. He will be meeting Mahujan Samaj Party supremo Mayawati next.

Telugu Desam Party chief Chandrababu Naidu has reached Samajwadi Party's headquarters in Lucknow ahead of his meeting with Akhilesh Yadav and BSP's Mayawati. Earlier today, he had met with Rahul Gandhi and discussed firming a non-BJP alliance.

'BJP is After My Life, Will Murder Me One Day', Says Arvind Kejriwal | In Delhi, CM Arvind Kejriwal has alleged that the BJP is after his life and he will be assassinated by his personal security officer like former Prime Minister Indira Gandhi . "The BJP would get me murdered by my own PSO (Personal Security Officer) one day like Indira Gandhi. My own security officers report to BJP," Kejriwal told a news channel in Punjab and added, "The BJP is after my life, they will murder me one day."

TMC moves EC against Mukul Roy accusing him of being a "non-voter from West Bengal". The party has asked the poll panel to restrict Roy's movement in the nine constituencies voting tomorrow on grounds that his staying back in the state itself in is a violation of the poll code.

Congress's MP Candidates Served EC Notice For 'Distributing NYAY Pamphlets' | The poll panel has served a notice to Congress's Khandwa candidate Subhash Chandra Yadav for "indulging in the distribution of NYAY scheme enrolment pamphlets/form in Madhya Pradesh", which stands in violation of the Model Code of Conduct.

PM to Meditate Till Morning | Prime Minister Narendra Modi trekked around 2 Kms to reach the cave, where he will meditate. On request of media, he allowed cameras to get initial visuals. The PM will begin his meditation in a few hours, which will last till tomorrow morning. No media or personnel will be allowed in the vicinity of the cave. 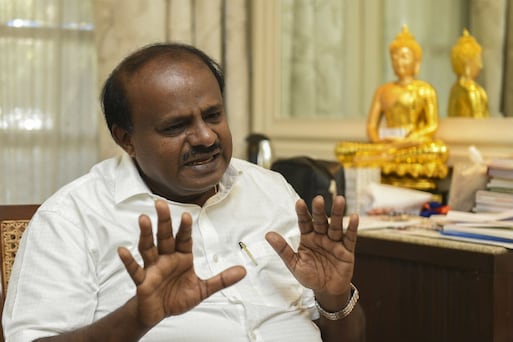 Preparations on for the seventh and final phase of the Lok Sabha elections at polling booths in Kolkata, West Bengal.

West Bengal: Visuals from EVM and VVPAT distribution centre in Kolkata. Nine parliamentary constituencies of the state will go to polls in the 7th & last phase of #LokSabhaElections2019 tomorrow. pic.twitter.com/FPWfO3F1FB

Prime Minister Narendra Modi, who is on a two-day visit to Uttarakhand, meditates at a holy cave near Kedarnath Shrine.

Following comments by JDS leaders H Vishwanath and Basvaraj Horatti, signalling discord, Karnataka Chief Minister H D Kumaraswamy, says, "We are on the verge of formation of a new Government at the centre. At this juncture where all efforts are being made to form non-BJP government at the centre, the contradictory statements by leaders of  coalition partners Congress-JDS  may mar such efforts." Chief Election Commissioner Sunil Arora issues statement on EC Ashok Lavasa's purported letter to him, says, "an unsavory and avoidable controversy reported in sections of media today about internal functioning of ECI in respect of handling of Model Code of Conduct." 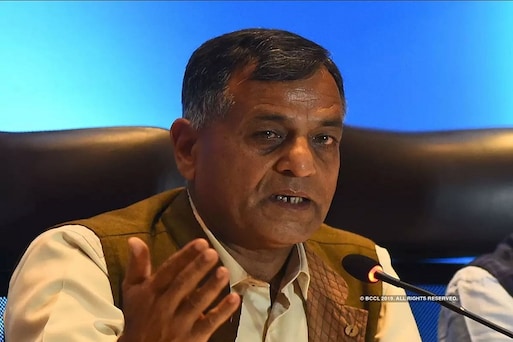 Lavasa claimed that 'minority decisions are going unreported' and has insisted that he will attend the meetings only after dissent notes are included in the orders of the commission.

Preparations on for the final phase of polling

#Punjab: Visuals of polling parties at an EVM distribution centre in Bhatinda; All 13 parliamentary constituencies to go to polls in the last phase of #LokSabhaEelctions2019 tomorrow. pic.twitter.com/cmLqOClq4B

Click to Read | Can Mayawati or Mamata Get PM Post? 'Master of Coalition Politics', Sonia Gandhi May Step in With a Plan​ In the post-May 23 scenario, the grand old party can have the first mover advantage - a proposition that BJP-NDA cannot match because they have an incumbent prime minister looking for the second term.

The high-decibel campaign marred by vitriolic attacks, violence and counter-attacks by politicians came to an end on Friday as the staggering seven-phased Lok Sabha elections draws to a close on Sunday with 59 remaining seats going to polls.

After concluding his whirlwind election campaign, Prime Minister Narendra Modi is on a two-day visit to the holy shrine of Kedarnath in Uttarakhand today. After paying obeisance at the temple, he will head to Badrinath on Sunday to offer prayers. During his visit, he is also expected to hold meetings on developmental issues. He would return to New Delhi on the same day later.

Security has been tightened around both the shrines in view of the Prime Minister's visit, said Ashok Kumar, Director General (Law and Order)

Modi wrapped up campaigning on Friday with his first-ever press conference in five years alongside party chief Amit Shah. He however, refrained from answering any question, with Shah leading the way. Meanwhile, Gandhi held a joint-press conference in which he accused the Election Commission of being biased towards Modi. He later also launched an attack on the PM for refusing to take any questions during the press conference. ​

The seven-phase Lok Sabha elections which began on April 11, will conclude on May 19. The counting of votes will take place on May 23.