Mamata Banerjee Swearing-in Ceremony LIVE Updates: The TMC supremo also spoke of a "collective fight" by the opposition against the BJP in the 2024 Lok Sabha elections.

Mamata Banerjee Swearing-in Ceremony LIVE Updates: Trinamool Congress supremo Mamata Banerjee was sworn-in as West Bengal chief minister for the third straight term today after she spearheaded her party to a remarkable victory in the assembly polls. She called on Governor Jagdeep Dhankhar at Raj Bhavan and resigned as the chief minister, as is the practice, before she was administered the oath of office and secrecy again. Earlier Monday, Banerjee addressed a press conference where she spoke of a “collective fight” by the opposition against the BJP in the 2024 Lok Sabha elections, but underscored combating the Covid-19 crisis should be the first priority.

“I am just a street fighter. I can boost the morale of the people so that we can fight a strong fight against the BJP. One cannot do everything alone and it should be a collective effort. If collectively we can take a decision, together we can fight the battle of 2024. But first let us fight this COVID crisis and then we will decide on this. Now is not the time,” she said, responding to a question about her role in the 2024 general elections.

Later, the newly elected MLAs of the TMC met and unanimously chose her the leader of the legislature party, before she called on the governor to stake claim to form the government. Banerjee, who lost from Nandigram despite the astounding TMC victory, can be sworn-in as the chief minister but will have to get elected to the assembly within six months of assuming office.

"We'll take an oath that we'll carry out our responsibility, by happily accepting the mandate, and play the important role of Opposition. What we fought in Bengal - political violence, appeasement and tyranny - we won't step back from carrying out our duties," says BJP chief JP Nadda in Kolkata.

Meanwhile, BJP chief JP Nadda addresses party workers in Kolkata amid reports of violence. "Those who were supposed to protect others are the ones responsible for this violence. They can take oath, everyone has the right to do that in a democracy. But we also take an oath that we'll dismantle political violence in Bengal," he says.

I congratulate Mamata Ji on her third term. Our priority is that we must bring an end to this senseless violence that has affected society at large. I have every hope that the CM on an urgent basis will take all steps to restore rule of law: West Bengal Governor pic.twitter.com/bn3jbtQaGM

"The first priority is to bring an end to this violence. I hope the chief minister will work to restore the rule of law," says Governor Jagdeep Dhankar.

Mamata Banerjee receives 'guard of honour'. Now she'll head upstairs where she'll chair a meet over the current Covid-19 crisis in the state. She is scheduled to hold a press conference later in the day where she will announce the steps the govt has decided to take.

Will Tackle Violence with Utmost Firmness: Mamata Banerjee | "For the last three months, the state was under the Election Commission and I did not have much say. There was a lot of inefficiency in the state system during this time. I will set up a new police system today itself and tackle the violence with utmost firmness," says Mamata Banerjee after taking oath of the office. 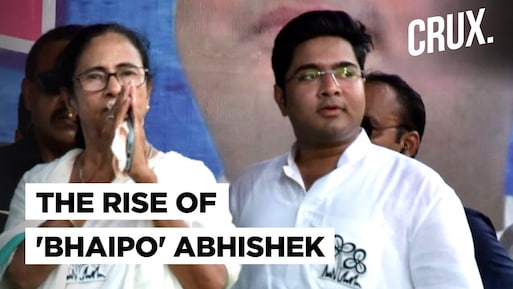 Abhishek turned out to be the second important star campaigner in the party after Mamata. Is this the rise of Bhaipo Abhishek Banerjee?

West Bengal: TMC chief Mamata Banerjee arrives at the Raj Bhavan in Kolkata. She will take oath as the Chief Minister of the state for her third consecutive term, shortly. pic.twitter.com/7RALTUWUN4 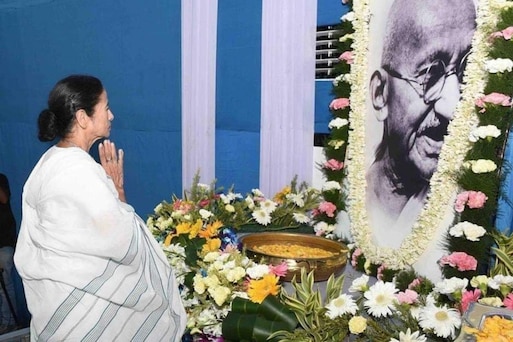 Aday after Bengal Assembly polls verdict, plans are afoot to crown Mamata Banerjee as the UPA chairperson or its convenor—in other words, the face of the non-BJP-non-NDA political force. At present, Sonia Gandhi is chairperson of the UPA. The move, at a nascent stage, interestingly, has the blessings of both the official Congress party and the group of dissenters aka G-23 who in August 2020 had questioned Sonia and Rahul Gandhi’s leadership style.

BJP Dharna on Mamata's Swearing-in Day | In view of the violence that led to deaths in West Bengal, the Bharatiya Janata Party has called for a nationwide dharna on Mamata Banerjee's swearing-in ceremony day.

Never Seen Such Post-poll Violence: Nadda | The BJP has alleged West Bengal is in the throes of state-sponsored violence and claimed that TMC workers entered houses of party activists and assaulted them. Party officials also claimed a BJP office in Hooghly district was set on fire and shops of its supporters were torched in many areas. "I have never seen such post-poll violence that is occurring in West Bengal after the declaration of election results (on May 2)," Nadda said. (1/2)

Mamata Banerjee Reviews Situation in Bengal Amid Violence | Mamata Banerjee, who is scheduled to be sworn in as the chief minister of West Bengal for the third time, took stock of the situation at a meeting held at her residence with Chief Secretary Alapan Bandyopadhyay, Home Secretary H K Dwidevi, DGP P Nirajnayan and Kolkata Police Commissioner Soumen Mitra. Banerjee directed them to increase surveillance in areas which were identified as sensitive, an official said. "The CM is very worried about the situation and directed officers to take necessary steps to restore the law and order at the places from where reports of violence and clashes have come," an official said.

The violence started after results of the assembly election were declared and the ruling Trinamool Congress came out winning 213 of the 292 assembly seats that went to polls and secured a third straight term in office. BJP president J P Nadda, who arrived on a two-day visit to the state, said he would visit the houses of those killed. On the other hand, a TMC worker was also stabbed to death in Purba Bardhaman district and the ruling party held the saffron party responsible for the incident. 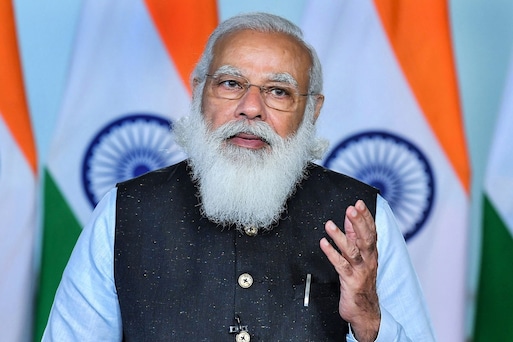 Concerned over incidents of brutal violence after the 2021 Assembly election results in West Bengal, that claimed several lives and left many injured, Prime Minister Narendra Modi on Tuesday called Governor Jagdeep Dhankhar and enquired about the ‘alarming situation’ in the state.

Violence Mars TMC Victory Ahead of Mamata Banerjee's Swearing-in | Even as the Mamata Banerjee spearheaded her party to victory, the feat has been marred by sporadic post-poll violence in West Bengal. As many as 14 people were reported dead in the violence that took place in the state following the announcement of West Bengal poll results on Sunday. In view of the incidents, Banerjee asked officials to act decisively and Prime Minister Narendra Modi rang up Governor Jagdeep Dhankhar to express anguish over the law-and-order situation. Banerjee held a meeting with top government officials on the violence and directed them to quickly address the situation and arrest culprits, a source said.

OPINION | In Losing Nandigram, Mamata Banerjee Joins the Hall of ‘Defeat in Victory’ Mamata Banerjee is in a hall of ‘defeat in victory’ of sorts that includes Morarji Desai, Tribhuvan Narain Singh, Prem Kumar Dhumal and Biju Patnaik. However, each had a peculiar situation or circumstances. In some ways, Mamata Banerjee is the only one to have lost an Assembly seat when her party went on to win a record 213 out of 292 seats that went to polls in Bengal.

The ruling TMC has won 213 of the 292 seats where polling was held in eight phases in March and April. The BJP emerged as the main opposition party with 77 seats under its belt.

Mamata Banerjee Swearing-in at 10.45 am | Trinamool Congress MP Abhishek Banerjee, poll strategist Prashant Kishor and party leader Firhad Hakim are likely to be present at the ceremony scheduled to be held at the Raj Bhavan at around 10.45 am on May 5, TMC sources said. BCCI president Sourav Ganguly has also been invited for the ceremony, the official said.

Low-key Event Amid Covid-19 | Invitations for the programme have been sent to her predecessor Buddhadeb Bhattacharjee, leader of Opposition of the outgoing House Abdul Mannan and CPI(M) veteran leader Biman Bose, the official said on Tuesday. Chief ministers of other states and leaders of other political parties have not been invited for the programme keeping in mind the current COVID-19 situation in the country, he said. "It has been decided to keep the oath-taking ceremony of Mamata Banerjee a very simple one because of the COVID-19 pandemic. Banerjee will be the only leader who will be taking oath tomorrow. The programme will be a very brief one," he said.

Mamata Banerjee's Swearing-in Today | Trinamool Congress supremo Mamata Banerjee will be sworn-in as the chief minister of West Bengal at Raj Bhavan today. The event will be a low-key programme given the ongoing COVID-19 pandemic. Soon after taking oath, Banerjee will go to the state secretariat 'Nabanna' where she will be given 'guard of honour' by Kolkata Police.

“CM @MamataOfficial called on me and submitted her resignation as CM and the same has been accepted. She has been requested to continue till alternative arrangements are made,” Dhankhar tweeted after Banerjee tendered her resignation. The oath-taking ceremony will be a low-key affair due to an unprecedented surge in COVID-19 cases.

“Taking note of communication @AITCofficial electing @MamataOfficial as leader of 17th WB Legislative Assembly have invited her to take oath of office of Chief Minister on May 5 at 10.45 am at Raj Bhawan. In view of current Covid situation function will be with limited audience,” he tweeted. During her media interaction, Banerjee again demanded that every citizen of the country should be given free vaccines by the Centre.

“They are sending vaccine and oxygen to two-three states. Why so? Every state should get its due. I have heard that in Gujarat, vaccine is being given from the BJP party office. Do they (BJP) have any expertise in giving vaccines?” she claimed. Banerjee also claimed that the Left, which ruled the state for 34 years on the trot, was unable to get back the votes that it had lost to the BJP in the 2019 Lok Sabha polls, leading to its further downfall.

“I may have political differences with them (Left) but I did not want to see them getting zero. It would have been better if they got the votes back from the BJP. They favoured the BJP so much that they became a signboard. They need to think about this. Dipankar Bhattacharya (CPIM-L) did not do this,” she said. The chief minister said she did not get the customary call from Prime Minister Narendra Modi on her victory in the elections.

“This is the first time I saw a prime minister not calling. It is ok, he may be busy. I did not take it in sentiment,” she said.