PM in Attendance, Mamata Refuses to Speak at Netaji's Birth Anniversary Event After Slogans Raised Against Her

West Bengal CM Mamata Banerjee along with Prime Minister Narendra Modi while releasing memorial postal stamp on the occasion of the birth anniversary of Netaji Subhas Chandra Bose in Kolkata.

Banerjee refused to speak at the event after slogans raised were against her in the presence of Prime Minister Narendra Modi.

Banerjee refused to speak at the event after slogans raised were against her in the presence of Prime Minister Narendra Modi who arrived in Kolkata on Saturday evening to take part in the 125th birth anniversary celebrations of Netaji.

“I am honoured to be invited here by Prime Minister Narendra Modi and the Centre. But this is not the way to welcome your guest and that too in a government event. This is not a political event and you must maintain the sanctity of Netaji’s birth anniversary event,” said a visibly angry Mamata. “I am not going to deliver my speech except Jai Hind and Jai Bangla.” 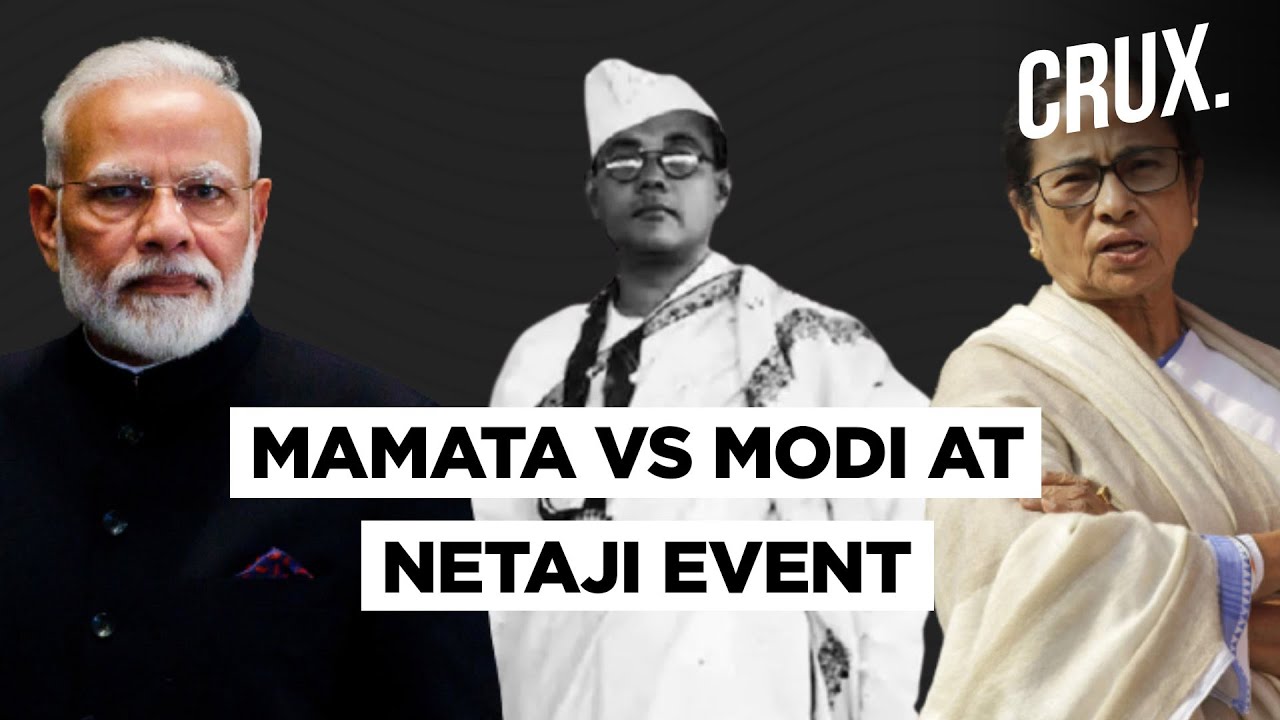 Banerjee earlier in the day demanded the country should have four national capitals instead of just one in Delhi.

Modi’s aircraft landed at the NSC Bose International Airport around 3 pm, from where he took a helicopter for the city. State minister Purnendu Basu received him at the airport. He was later greeted by Governor Jagdeep Dhankhar and state minister Firhad Hakim at the RCTC Ground in the heart of the city.